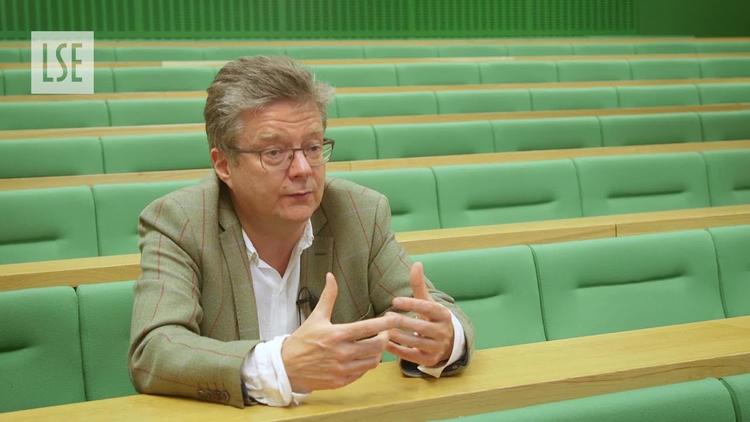 In Washington DC, Trump’s moves against the Iran nuclear agreement are seen as getting tough on a dangerous enemy. In Iran, they are seen as the first steps towards another war in the Mideast.

Last week, Trump refused to certify the nuclear agreement. Under that accord Iran has agreed to stringent inspections of its nuclear facilities in return for lifting of economic sanctions.

Trump encouraged Congress to impose new sanctions on Iran, which could violate the accord and lead to serious military escalation in the region.

In email and phone interviews with me, Iranians across the political spectrum expressed outrage at Trump’s escalating attacks on their country.

“For the last year our economy has improved,” said one Iran-Iraq War veteran who supports centrist President Hassan Rouhani. He and others interviewed preferred not to use their names in talking to a western reporter. “If the US imposes new sanctions, even though we’ve lived up to all the terms of the agreement, that’s an act of war. If the US forces war on us, we will fight back very hard.”

In another provocative action, the Trump administration imposed new sanctions on the Iranian Revolutionary Guard Corps. The IRGC supports groups such as the Lebanese Hezbollah and various militias in Syria and Iraq. But most Iranians argue that the IRGC defends the country from outside invaders and promotes Iranian interests abroad.

The war vet asked, “How would Americans feel if Iran described the 181st Airborne as a terrorist group and imposed sanctions on their leaders?”

So far both the IRGC and US troops have fought ISIS in Syria and Iraq without clashing. Hardline Iranian leaders say that could change.

IRGC Major General Mohammad Ali Jafari warned that if the US labeled the IRGC a terrorist organization, “the Guards will also consider the American military all over the world, especially the Middle East, as equal to Daesh [ISIS].”

In 2015, the US, Iran, Britain, France, Russia, China, and Germany agreed to the nuclear accord, known as the Joint Comprehensive Plan of Action (JCPOA). Contrary to popular rhetoric in Washington, Iran made major concessions.

Iran agreed to the “world’s most robust” nuclear inspections, according to the UN’s International Atomic Energy Agency head Yukiya Amano. International inspectors are now tracking Iran’s uranium mining, fuel enrichment, use of fuel in nuclear power plants and medical research, and disposal of waste. If Iran diverts uranium for military purposes, the IAEA will find out.

Iran engages in plenty of nefarious activities abroad and repression at home. So does the Trump administration, I might point out. But those issues weren’t up for discussion as part of the nuclear agreement. The JCPOA only took up the nuclear issue and thus removed a major, potential source of war. Iran has agreed never to develop nuclear weapons and to allow intrusive international inspections in perpetuity.

In reality Iran has no nuclear bomb just as Saddam Hussein had no weapons of mass destruction at the time of the 2003 US invasion. Washington falsified both issues in order to justify continued US hegemony in the oil rich and geopolitically important region.

So right-wing Republicans and Democratic Party hawks never accepted the JCPOA. Now Trump is seeking to scuttle the accord as part of a major anti-Iran offensive. The Trump administration equates Shia Muslim Iran with the Sunni extremist group ISIS.

“The Islamic Republic of Iran,” CIA Director Mike Pompeo said in a speech, “is Iran’s version of what the caliphate ought to look like under the control of an Ayatollah and … the IRGC.”

But most experts, especially those outside the US, disagree with that view. “To blame Iran for terrorism in the region is misleading at best,” wrote Michael Axworthy, head of the Iran section at the British Foreign & Commonwealth Office between 1998–2000. “Most of the Islamic terrorism worldwide, is inspired by extreme versions of Sunni Islam, not by the Shi‘a Islam of the Iranian regime.”

So far Rouhani has responded very carefully to Trump administration provocations, waiting to see what actions Congress may take. But Iran issued a clear warning.

Iran “will not be the first to withdraw from the deal,” read an official statement from the Rouhani administration. “But if its rights are not respected, it will stop implementing all its commitments and will resume its peaceful nuclear program without any restrictions.”

Trump claims to support the Iranian people against their repressive government. But US belligerence has had the opposite effect. Iranians are rallying behind their government, and Trump has emboldened Iran’s hardline conservatives, known as principalists.

“The principalists have reasserted their power,” an Iranian academic told me. “They warned the country that you can’t trust the United States. And Trump proved them right.”

A liberal-minded rug merchant friend echoed a similar sentiment. He frequently interacts with Europeans and visitors from the Middle East and opposes the principalists. “Who will believe the US now?” he said. “What will come next from the crazy man in the White House?”

Foreign Correspondent, Reese Erlich’s syndicated column on international affairs appears every two weeks in 48 Hills. The revised and updated edition of his book The Iran Agenda: the Real Story of US and Policy and the Mideast Crisis, will be published in 2018.