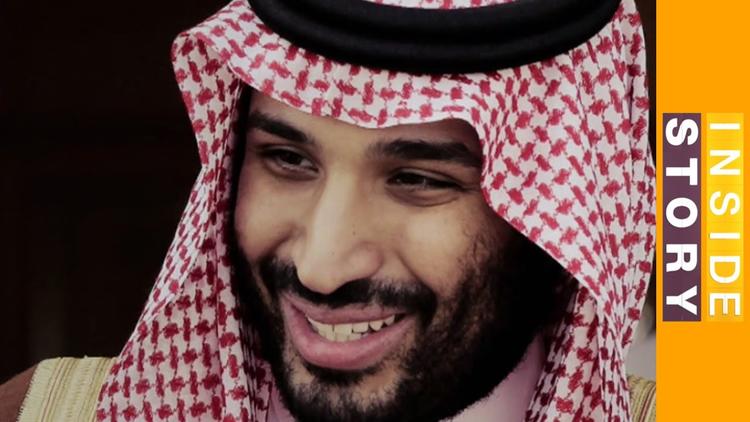 The law replaces a widely criticized counterterrorism law promulgated in 2014, adding definitions of specific acts of terrorism and their corresponding sentencing guidelines. It includes criminal penalties of 5 to 10 years in prison for portraying the king or crown prince, directly or indirectly, “in a manner that brings religion or justice into disrepute,” and criminalizes a wide range of peaceful acts that bear no relation to terrorism.

“Saudi authorities are already methodically silencing and locking away peaceful critics on spurious charges,” said Sarah Leah Whitson, Middle East director at Human Rights Watch. “Instead of improving abusive legislation, Saudi authorities are doubling down with the ludicrous proposition that criticism of the crown prince is an act of terrorism.”

The Penal Law for Crimes of Terrorism and its Financing, published on November 1, 2017, strips away extensive powers from the Interior Ministry, which Saudi authorities reorganized in 2017, and transfers them to the newly established Public Prosecution and Presidency of the State Security, both bodies that report directly to the king.

The new law carries an overly broad definition of terrorism similar to the previous law. Unlike the previous definition, the new one includes a specific reference to violence with the clause “harm an individual or result in their death, when the purpose – by its nature or its context – is to terrorize people or force a government or international organization to carry out or prevent it from carrying out an action.”

The new law, however, does not restrict the definition of terrorism to violent acts. Other conduct it defines as terrorism includes “disturbing public order,” “shaking the security of the community and the stability of the State,” “exposing its national unity to danger,” and “suspending the basic laws of governance,” all of which are vague and have been used by Saudi authorities to punish peaceful dissidents and activists. Prominent human rights activists Abdullah al-Hamid and Mohammed al-Qahtani are serving 11-year and 10-year sentences respectively, based on charges that contain similar language. Human rights activist Essam Koshak is currently on trial on similar charges.

The United Nations special rapporteur on human rights and counterterrorism had concluded in May, following a visit to Saudi Arabia, that he was “concerned about the unacceptably broad definition of terrorism and the use of Saudi Arabia’s 2014 counter-terrorism law and other national security provisions against human rights defenders, writers, bloggers, journalists and other peaceful critics.”

One positive change to the definition of terrorism stipulated in article 1 of the previous law is the removal of the controversial phrase “insulting the reputation of the State,” which prosecutors have vigorously employed to charge and prosecute dissidents. Article 30 of the new law, however, allows prosecutors to limit the right to free expression by designating criticism of the king and the crown prince that “brings religion or justice into disrepute” as a terrorist act.

Given the new law’s vague definition of terrorism, which could allow authorities to continue to target peaceful criticism, other provisions of the law raise alarms, Human Rights Watch said. Article 34, for example, provides a prison term of three to eight years for anyone who supports, promotes, sympathizes with, or incites terrorism. Article 35 stipulates a sentence of no less than 15 years for anyone who “misuse[s] their status in any way either academic or social status or media influence to promote terrorism.”

The new law undermines due process and fair trial rights, Human Rights Watch said. Instead of amending the law to strengthen the role of the judiciary, it grants the public prosecution and the Presidency of the State Security the legal authority to arrest and detain people, monitor their communications and financial data, and search their properties and seize assets without judicial oversight. The Presidency of State Security can ban a suspect from travel without notifying them, and the law gives police officers and military personnel authorization to use force “according to regulations laid down in the law.” No additional regulations on use of force are mentioned in the text.

As in the previous law, article 19 of the new law allows the public prosecution to hold a suspect in pretrial detention for up to 12 months, with unlimited extension upon court order, and article 20 allows suspects to be held for up to 90 days in incommunicado detention, where torture and mistreatment are most frequent, according to the UN special rapporteur on torture. In a memorandum submitted to the United Nations Committee Against Torture in April 2016, Human Rights Watch highlighted seven cases in which detainees tried at the Specialized Criminal Court (SCC) alleged that confessions were extracted through torture.

Article 21 restricts the suspect’s right to a lawyer during interrogation, and article 27 gives the SCC the authority to hear witnesses and experts without the defendant or their lawyer present. It requires the court only to inform them of the content of the testimony, greatly hampering their right to challenge this evidence.

“Mohammad bin Salman claims to be a reformist but locking away peaceful critics as terrorists is the same old despotism we’ve often seen from Saudi rulers,” Whitson said.

Al Jazeera English: “What is Mohammed Bin Salman’s next move? -Inside Story”