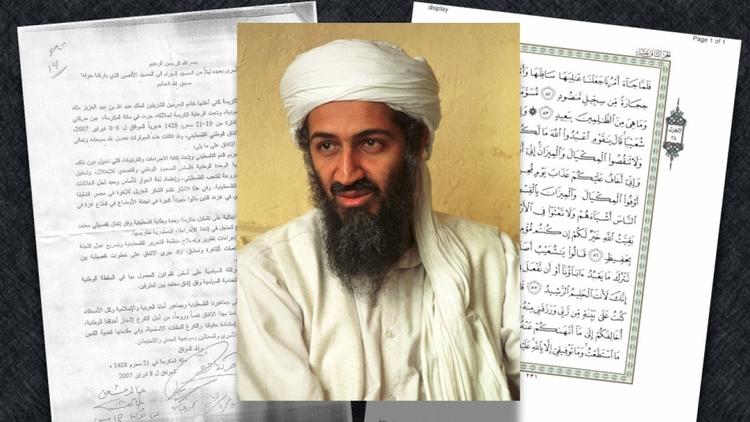 The CIA released the confidential materials “in the interest of transparency and to enhance public understanding of al-Qaida.”

The CIA has released previously secret files seized from Osama bin Laden’s hideout on the day he was killed, including his private journal, favourite video games and vast collection of animated kids’ films.

“Today’s release of recovered al-Qaida letters, videos, audio files and other materials provides the opportunity for the American people to gain further insights into the plans and workings of this terrorist organization,” CIA Director Mike Pompeo said in a statement.

Some of the most revealing documents include bin Laden’s personal journal, which totals more than 200 pages in Arabic and details his memories of visiting the western world, particularly the “decadent” UK.

In his diary, bin Laden describes a visit to William Shakespeare’s home town of Stratford-upon-Avon. The 9/11 mastermind writes he was “not impressed” by the Bard’s birthplace, or by British culture and customs.

“I got the impression that they were a loose people, and my age didn’t allow me to form a complete picture of life there,” the al-Qaida founder writes. “We went every Sunday to visit Shakespeare’s house. I was not impressed and I saw that they were a society different from ours and that they were a morally loose society.”

The observations shed new light on bin Laden’s radicalization as a student, which prompted him to volunteer in the 1980s for the Arab foreign fighters waging war against Soviets in Afghanistan.

The U.S.-based Foundation for Defense of Democracies’ (FDD) Long War Journal claims to have received some files ahead of their public release, including a crucial 19-page document describing bin Laden’s relationship with Iran. An offer was apparently made by Iran to provide unidentified “Saudi brothers” with “money, arms” and “training in Hezbollah camps in Lebanon in exchange for striking American interests in Saudi Arabia and the Gulf.”

The revelations risk putting a further strain on international relations: the Trump-appointed CIA director has already adopted a hardline stance against Iran. “Abu Hafs al-Mauritani, an influential ideologue prior to 9/11, helped negotiate a safe haven for his jihadi comrades inside Iran,” the FDD journal continues. “Al-Qaida’s men violated the terms of the agreement and Iran eventually cracked down on the Sunni jihadists’ network, detaining some personnel.”

The author of the FDD journal concludes that “al-Qaida is not at war with Iran and some of their interests intersect, especially when it comes to being an enemy of America.”

Meanwhile, bin Laden was keeping a close eye on U.S. foreign policy and monitoring ongoing war efforts, especially in Iraq and Afghanistan. In his writings, he makes explicit reference to wanting to capitalize on the 2011 Arab uprisings.

The CIA has now released some 470,000 files, but an unknown number of classified documents remain in the intelligence agency’s custody. The information in the still-secret files could harm national security; are blank, corrupted or duplicate files; are pornographic, or are protected by copyright, the CIA said in a statement.

“The CIA will continue to seek opportunities to share information with the American people consistent with our obligation to protect national security,” said Pompeo.

Files found on Bin Laden’s computer include documentaries on himself, such as CNN’s “In The Footsteps of bin Laden,” Biography’s “Osama bin Laden,” and Morgan Spurlock’s “Where in the World Is Osama bin Laden?”

The Office of The Director of National Intelligence, ODNI, has been releasing materials recovered from bin Laden’s compound, where he had been living with his family since 2015.

In January this year, ODNI released their third tranche: “Bin Laden’s Bookshelf.” It includes recurring themes, such as bin Laden’s focus on “the United States and the West as the primary enemy,” “Criticism of the ISIL (then al-Qa’ida in Iraq) brand of terrorism,” and “Cautioning against undisciplined targeting and the importance of gaining support, consensus-building.”