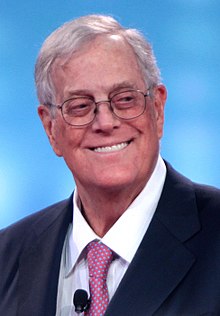 No matter our politics, most Americans have a beef with taxes. And it’s no wonder.

Working class Americans pay a much greater share of their income than the wealthiest Americans, who get away with exploiting tax loopholes and paying less than their fair share to support public projects and government programs.

Our system is rigged to favor the richest, so tax reform is key to un-rigging the economy. But the latest GOP tax plan is a slimy wet kiss for the wealthiest Americans.

It doesn’t even try to propose reforms — it’s literally just a giant giveaway to millionaires, billionaires, and wealthy corporations. The non-partisan Tax Policy Center estimates that 80 percent of the benefits in the new plan will go to the richest 1 percent, while nearly one in three working families would end up paying more.

In order to bankroll this “get-even-richer-even-quicker” scheme, Republicans in Congress are proposing cuts to vital services and programs like Social Security, Medicaid, and Medicare — while still driving up the deficit by $1.5 trillion or more.

But what if Congress actually prioritized helping working families get a better deal on taxes? On October 25,2017, the Congressional Progressive Caucus, the largest ideological caucus in Congress, released their new Progressive Principles for Tax Reform, a bold set of priorities that would put power back into the hands of ordinary taxpayers and working families, and put a stop to endless giveaways to the richest Americans and corporations.

It calls for badly needed fixes to the tax code, including: eliminating tax loopholes and tax shelters for corporations, enacting a tax on Wall Street speculation, abolishing tax incentives and rewards for businesses that offshore jobs, and removing $95 billion in special tax breaks for the top 1 percent.

For example, it prioritizes the Earned Income Tax Credit, a tax credit for low-income and working class individuals and couples, particularly those with children.

It also advocates expanding other tax credits that benefit working families, such as the Making Work Pay Tax Credit, the Child and Dependent Care Credit, and the American Opportunity Tax Credit. Each of these uplifts working families, removes barriers to success, and reduces income inequality.

“We cannot afford to extend tax breaks for corporations or the wealthy that cripple our ability to invest in areas that expand economic growth, like infrastructure and education,” the document says. “Tax reform must be done in a way that raises significant revenue, protects working families and the vulnerable, and requires corporations and the wealthy to pay a fair share.”

Americans across the political spectrum are worried about jobs, wages, and our economy. These progressive tax priorities invest in growing the economy and reducing the deficit. They focus on supporting working families through measures like the Earned Income Tax Credit and the Child Tax Credit.

The Progressive Caucus’s tax priorities are part of a bigger vision to uplift working families and create tools for prosperity.

Olivia Alperstein is the Deputy Director of Communications and Policy at Progressive Congress. Distributed by OtherWords.org.