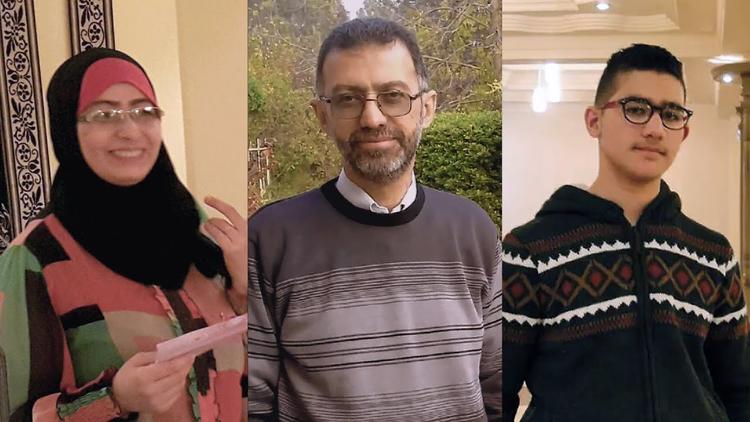 Many previous columns in this series focus on the transition in the western way of war since 9/11 from tens of thousands of “boots on the ground” to “remote warfare”. This has mainly involved a much more intensive use of air-power, including armed-drones; the utilisation of long-range artillery and ground-launched ballistic-missiles; and the much wider use of special forces and privatised military corporations.

The change has been consistently analysed by a few non-government organisations, most notably the Remote Control project and Drone Wars UK, whose specific concern is armed drones.

The states pursuing this kind of offensive war see three advantages, two military and one political:

* They believe that the tactic works in practice

* There is very little media coverage of this type of war, and in the case of some countries, most notably Britain, there has been a long-term political convention that the role of special Forces should not be subject to public debate or even scrutiny.

The U.S. Air Force is on track to triple the number of bombs dropped in Afghanistan this year compared with last year.

Warfare by “remote control” also seems to be working, not least in the three-year war against Islamic State. It is now clear that Donald Trump’s policy of devolving more authority to the United States military in the wars it is fighting is having a much wider effect. For example, the Pentagon has quietly increasing its forces in Somalia by adding several hundred special-forces troops (as Politico reports) and ratcheting up airstrikes (as Military Times reports), while airstrikes against an al-Qaida offshoot in Yemen are continuing.

In Afghanistan, the build-up of forces is even more substantial. More US troops have arrived amid concern over the Taliban’s ability to extend its territorial control. But less noted is the substantial increase in the US use of air-power and armed-drones since Trump took office. A US media outlet states:

“The U.S. Air Force is on track to triple the number of bombs dropped in Afghanistan this year compared with last year, new figures reveal as the White House opens a new front in America’s longest war. The military dropped 3,554 weapons against the Taliban as of Oct. 31 – already nearly three times the 1,337 dropped in 2016 and nearly four times as the 947 fired in 2015.”

Operation Jagged Knife, a recent offensive by the US airforce, included B-52 strategic bombers and – for the first time in Afghanistan – the advanced F-22 stealth strike-aircraft. Promise and reality

All this is in the context of the presumed defeat of ISIS forces in Iraq and Syria, which is seen within the Trump team as proof of victory. Since 2014, the Pentagon believes it has killed over 60,000 ISIS fighters, but acknowledges fewer than 500 civilian casualties. This is the way to fight future wars, it believes. The expanded operations in Afghanistan, Yemen and Somalia are further examples of the path to be taken.In this Trumpian worldview, “clean wars” will be the order of the day. But a closer look shows that things are not so simple, in two distinct aspects: the outcomes of the “war on terror”, and its more recent reality. A brief digest of principal events since 2001 illustrates the first point:

* On 29 January 2002, George W Bush’s state-of-the-union address was akin to a victory speech in the wake of the termination of the Taliban regime and the suppression and dispersal of al-Qaida after 9/11 – yet the war in Afghanistan has just entered its seventeenth year

* On 1 May 2003, the US president gave his “mission accomplished” speech after the overthrow of the Saddam Hussein regime in Iraq – yet that very month a nascent insurgency began to spread across the country, which would also last years

* In 2008, when Barack Obama was elected, the war in Iraq looked sufficiently under control for him to order wholesale troop withdrawals, but in 2014-17 the US has again been at war in the country

* In 2011, Nato chiefs thought that the downfall of Libya’a Muammar Gaddafi they had engineered would be followed by peace and stability, but it provoked more conflict, while the US’s SEAL-team killing of Osama bin Laden that year didn’t mark the end of al-Qaida, a scion of which the US is now bombing in Yemen. On the ground

The dangerous myth of the “clean war” should be seen in a second aspect. The results of military action in the last three years illustrate the second point, and expose the dangerous myth of the “clean war”. Airwars, the monitoring group, finds the US-led wars in Iraq and Syria have involved over 28,000 airstrikes, split more or less evenly between the two countries, using over 103,000 bombs and missiles. Airwars has done its best to assess the likelihood of civilian casualties, and currently puts these at a minimum of around 6,000 – far larger than any Pentagon figures. Where Iraq is concerned, Iraq Body Count says that over 179,000 civilians have died in the last fifteen years.

ISIS’s loss of most of its territory has been followed by reports of a concentrated air-war ranged against its forces, whose effects include the widespread destruction of both western Mosul and Raqqa. The extent of damage is hardly surprising. In the last part of the Raqqa campaign, Airwars says:

“Between October 1st and 17th – when the last strike was reported – the US-led alliance says it fired 2,384 munitions at Raqqa, much of it the result of US artillery strikes. Between 266 and 355 more civilians were credibly reported killed in the city as a result according to local monitors – including more than 90 women and children.”

Yet it has been hard for analysts to assess the more general claim of the “clean war” with any accuracy, in that they were dependent largely on data provided by US Central Command (USCC). The best efforts of NGOs like Airwars and Iraq Body Count notwithstanding, their findings could be discounted or ignored.

One in five of the coalition strikes we identified resulted in civilian death, a rate more than 31 times that acknowledged by the coalition.

That is at last beginning to change, as these groups’ work is supported by on-the-ground assessments from experienced journalists who have gone at great pains to travel to areas now controlled by government forces after ISIS’s retreat. Their reports confirm sceptics of the “clean war” myth. The most substantive account available so far is a long report in the New York Times (see Azmat Khan & Anand Gopal, “The Uncounted”, NYT, 16 November 2017).

Over a fourteen-month period to July 2017, they visited 150 sites of attacks across northern Iraq, and interviewed hundreds of witnesses, survivors and family members. They later compared their findings with data from USCC itself. In all, they were able to coordinate data from 103 airstrikes. Their conclusions warrant a longish extract:

“We found that one in five of the coalition strikes we identified resulted in civilian death, a rate more than 31 times that acknowledged by the coalition. It is at such a distance from official claims that, in terms of civilian deaths, this may be the least transparent war in recent American history. Our reporting, moreover, revealed a consistent failure by the coalition to investigate claims properly or to keep records that make it possible to investigate the claims at all. While some of the civilian deaths we documented were a result of proximity to a legitimate ISIS target, many others appear to be the result simply of flawed or outdated intelligence that conflated civilians with combatants. In this system, Iraqis are considered guilty until proved innocent.”

The fighting against ISIS, especially in the densely packed streets of Raqqa and western Mosul, was intense. In Mosul in particular, the Iraqi army’s special forces took very heavy losses. It was not just the utter determination of the ISIS paramilitaries to fight, but their willingness to die for their cause that proved so difficult to counter. It was in those circumstances that air-power was used relentlessly. In an objective sense it may be what you would expect, even if you may question the war as a whole.

That, though, is not the point, which is that the entire air-war has been presented as a “clean” operation – which it evidently was not. If we think that remote warfare is the way to go because it kills neither “our” people nor innocent civilians, then we are deluding ourselves. And that delusion in turn makes it even less likely that we will get the kind of scrutiny and political debate we need on the direction and long-term consequences of this new way of war. About the author

Via OpenDemocracy.net (See original for hyperlinks.)