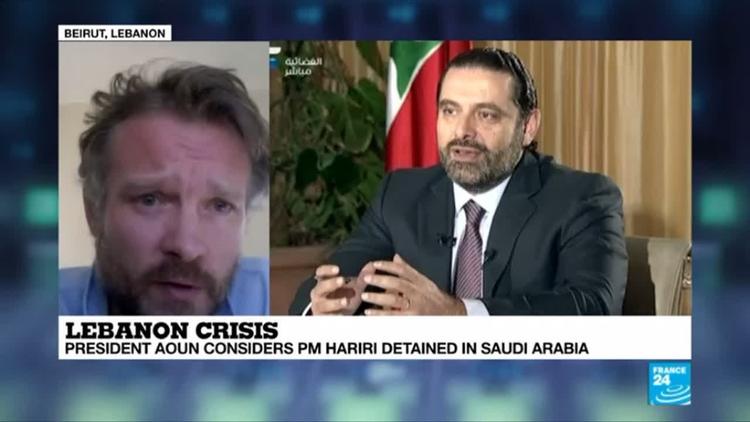 The Beirut newspaper Al-Nahar [The Day] reports that President Michel Aoun of Lebanon said Wednesday, “Nothing justifies Prime minister Saad Hariri’s failure to return to Beirut after the passage of 12 days from his announcement of his resignation.” Aoun said he considered Hariri to have been detained in Saudi Arabia, and suffering from limited mobility in the place where he is being held.

He branded the detaining of Hariri, still legally the prime minister of Lebanon (you can’t resign long distance in Lebanese law) “a demonstration of enmity” against Lebanon. He said that Saudi Arabia had violated the International Declaration of Human Rights of the UN, given that the prime minister is being held without charge.

He called the detention of Hariri by the Saudi royal family an act of aggression against Lebanon and its independence and dignity and on the relationships that bind Lebanon to Saudi Arabia.

He asked Lebanese media to join in a campaign to reinforce national unity.

Addressing a Lebanese audience, Aoun asked them to have no fear for the country’s economy or security, since there was no sign of any economic fall out from the crisis.