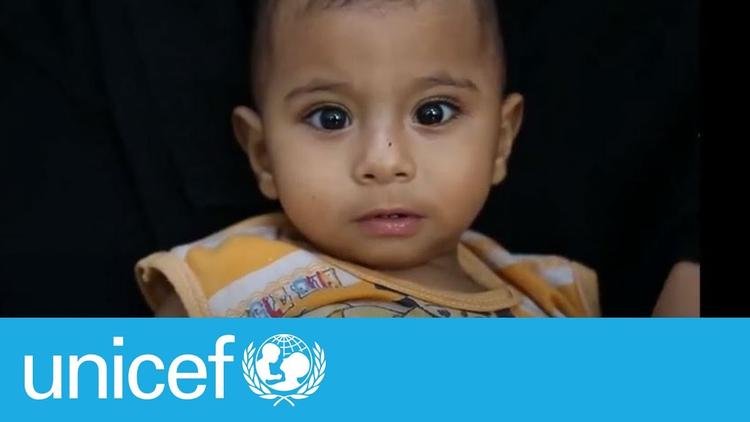 The Saudi-led coalition is waging total war on Yemen in a bid to defeat the guerrilla group, the Houthis or the Helpers of God. The Houthis took power in Sanaa in fall of 2014 and consolidated it in early 2015. By March-April, Saudi Arabia’s Muhammad Bin Salman, now the crown prince, had ordered air strikes on the country that have continued to this day. These strikes have been indiscriminate, hitting schools, hospitals, apartment buildings and key civilian infrastructure like ports, bridges and roads. Any one of these strikes is a war crime. In the aggregate they become crimes against humanity.

The Houthi gang is also guilty of war crimes, and of severe human rights violations and cannot be held blameless in the unfolding devastation of Yemen. But the Saudi-led war and the various forms of blockade Riyadh is imposing on Yemen are far worse. The Houthis are a radical group deriving from Zaydi tribes in Saadeh and other towns in rural north Yemen, who as Shiites deeply resent Saudi proselytizing for hard line Salafi Sunnism in Yemen. Houthi leaders have vowed to overthrow the House of Saud and have tried to imitate the rhetorical style of Hizbullah in Lebanon. However, Houthis are a local indigenous protest movement in Yemen, and are not a proxy for Iran. Houthi weaponry is mostly American and Iran does not give them much money or other support. The Saudis try to blame Iran for the Houthi revolt in order to shift blame from their own aggressive policies.

These political considerations should not allow us to forget what is being done to Yemen children.

Save the Children writes,

“Severe acute malnutrition is the most extreme and dangerous form of undernutrition. Symptoms include jutting ribs and loose skin with visible wasting of body tissue, or swelling in the ankles, feet and belly as blood vessels leak fluid under the skin.”

* 130 children die every day in Yemen from extreme hunger and disease–one child every 18 minutes. The Saudi blockade on ports such as Hudeida will increase this death toll.

*This year, at least 50,000 children are expected to die as indirect casualties of the war (if food cannot be off-loaded at ports, and bridges are knocked out, children will die of malnutrition).

* Nearly 400,000 children will need to be treated for severe acute malnutrition in Yemen in the next twelve months. Aid organizations are being actively interfered with in this work by the Saudi blockade and bombing strikes.

* As a result of the Saudi blockade, aid organizations like Save the Children will be out of food and medicine stocks in the next two to three months.

* If left untreated some 20 to 30 percent of children with severe acute malnutrition will perish every year.

* It should be remembered that famines usually do not kill people because there is no food at all. What happens is that the food becomes too expensive for the poor to purchase. This situation now obtains in Yemen and obviously the Saudi blockade, by obese princes who are obviously getting three square meals a day, is driving up the price of food for Yemenis.

* A shocking 10,000 children are likely to die in Taiz district and another 10,000 in the Hodeidah district this year.

“Save the Children currently has five shipping containers full of life-saving food for sick and malnourished children stuck in Aden because of road closures. Our staff cannot reach communities to provide life-saving care and much-needed supplies and relief workers cannot enter the country. Essential medicines, fuel and food stocks could start running out in a matter of weeks. It’s utterly unacceptable to let children die of neglect and a lack of political will. Without urgent action the future looks bleak.”

Yemen: Millions of children and families are on the brink of starvation | UNICEF