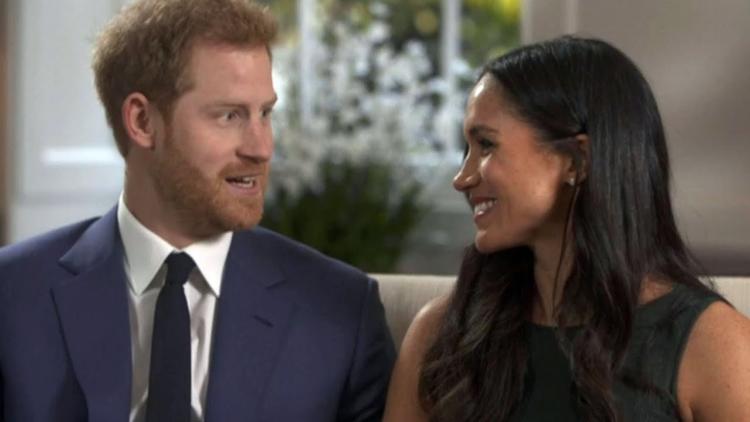 The announcement that Prince Harry is set to marry American actress Meghan Markle provoked a flurry of articles about the British royal family becoming multicultural. The Washington Post actually has a headline about Britain’s “black queen.” (The peculiar American ‘one drop rule’ makes anyone with any recent African heritage African, to the surprise of societies like Brazil which have a spectrum of categories on race. Ms. Markle herself said, “”My dad is Caucasian and my mom is African American … I have come to embrace say who I am, to share where I’m from, to voice my pride in being a strong, confident, mixed-race woman.”

I think journalists should respect her self-definition.

Ms. Markle is African-American from her mother’s side and Dutch, English, German, Irish, and Scottish on her father’s side. Except that most African-Americans are also Scottish, English, Dutch, etc. because of their ancestry from their former slavemasters, who routinely used to have children with their slaves (who could not refuse) and then sell the children down the river. Those are the people to whom Confederate statues were erected from the late 19th century.

Because the royal family of Britain is invested in the popular imagination with the ultimate “whiteness,” it is a lightning rod for thinking about race and its boundaries. Hence the controversies about Princess Diana’s Pakistani and Egyptian boyfriends. It seems pretty obvious that she deliberately explored multicultural romantic relationships in part as a rebellion against a Buckingham palace that had tried to micro-manage her life when she was married to Prince Charles.

But “whiteness” is an illusion. Because the crowned heads of Europe intermarried over centuries and because Spanish nobility was in the mix, and because in turn Spaniards and other southwestern Europeans are up to 20% North African in heritage as well as having substantial genetic endowments from Jews and various other Muslim peoples, not to mention Phoenicians and sub-saharan Africans– actually all European royal families have been mixed-race for a very long time. In fact, genealogists allege that Prince Harry is descended from the Prophet Muhammad (see below).

What I actually wish is that we could get rid of the ridiculous residual category of “white,” which was used by working class Catholics in a desperate bid to distinguish themselves from Latinos and African-Americans. But really. Why are Italian-Americans from Sicily “white” in America, but people from Latin America whose ancestors lived in Catalonia are “brown”? In the medieval era, for a while, both Catalonia and Sicily were in the same country, ruled by the crown of Aragon!

The popular press in America is confused about such issues because many writers do not realize that there is no such thing as race in the 19th century biological sense. You have 2 parents, 4 grandparents, 16 great-grandparents, and by the time you get back to 1400 you have a million ancestors. For someone who hails from Europe, how likely is it that none of them were Arabs and Berbers from southern Spain who had been forced to convert and then married Catholics? Europe’s population in 1400 was only 78 million or so and they’re descended from a million of them. And Arabs in southern Spain were in turn intermarried with Berbers and Africans. After 50 generations (a generation is 24 years), most of the world’s genes get shared around. Everyone in the Mediterranean basin shares common ancestors from only a few thousand years ago, including Tunisians and Egyptians and Spanish and Italians.

Of course race is not completely an illusion. There are broad geographical races with some outward, phenotypical characteristics that mostly have to do with navigating between dangerous ultraviolet rays and the need for vitamin D. Other features have to do with climate (in cold places a longer nose insulates the brain from frigid air; in warm humid places that isn’t necessary). But mostly what Americans typically think of as “race” is actually culture.

So the British royal family is probably even more all mixed up than the rest of us, but we’re all mixed up. And a good thing, too–genetic diversity in a bloodline makes it healthier.

I made this point a decade ago:

. . . I know that it is hard for people invested in a hard East/ West dichotomy to imagine that the icon of Western civilization, the British royal family, has Arab Muslim antecedents (along with a host of other nationalities of course.) But it does.

The Greater Mediterranean got all mixed up over millennia. Most Sicilians (i.e. most Italian-Americans) also have Arab Muslim ancestors. It works the other way around, too. It is obvious that a lot of Egyptians, Lebanese and Jordanians have descent from the Christian European Crusaders.

This is connected to just pointing out that having ancestors named Hussein is more common among Europeans and Americans than is usually realized. Elizabeth II can’t be descended from the Prophet Muhammad without also being descended from his grandson, the original Husayn / Hussein, since that is the line of descent of the Sayyids.

Mixed in with Queen Elizabeth’s blue blood is the blood of the Moslem prophet Mohammed, according to Burke’s Peerage, the geneological guide to royalty. The relation came out when Harold B. Brooks-Baker, publishing director of Burke’s, wrote Prime Minister Margaret Thatcher to ask for better security for the royal family. ”The royal family’s direct descent from the prophet Mohammed cannot be relied upon to protect the royal family forever from Moslem terrorists,” he said. Probably realizing the connection would be a surprise to many, he added, ”It is little known by the British people that the blood of Mohammed flows in the veins of the queen. However, all Moslem religious leaders are proud of this fact.”

Brooks-Baker said the British royal family is descended from Mohammed through the Arab kings of Seville, who once ruled Spain. By marriage, their blood passed to the European kings of Portugal and Castille, and through them to England’s 15th century King Edward IV. ‘