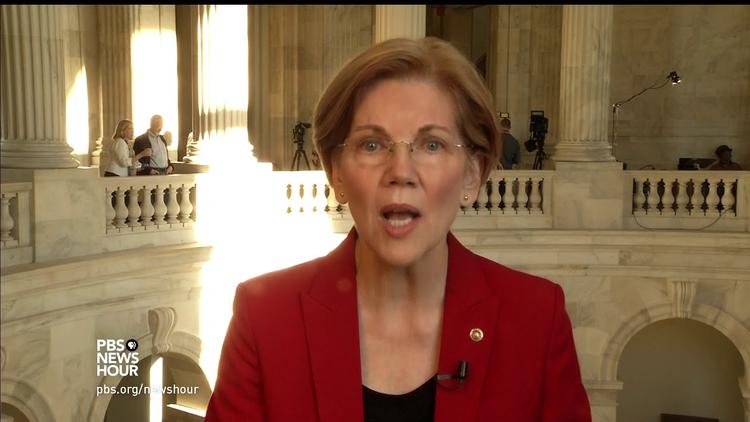 US President Donald Trump, in partnership with congressional Republicans, is pursuing tax cuts that will blow up the fiscal deficit and add to the public debt, while benefiting the rich at the expense of middle- and working-class Americans. Once again, Trump has not hesitated to betray the people he conned into voting for him.

NEW YORK – After multiple failed attempts to “repeal and replace” the 2010 Affordable Care Act (Obamacare), US President Donald Trump’s administration now hopes to achieve its first legislative victory with a massive tax giveaway that it has wrapped in the language of “tax reform.” To that end, Republicans in the US Congress have just unveiled a bill that, if enacted, could vastly widen the deficit and increase the public debt by as much as $4 trillion over the next decade.

Worse still, the Republican plan is designed to funnel most of the benefits to the rich. It would lower the corporate tax rate from 35% to 20%, reduce the tax on capital gains (investment profits), eliminate the estate tax, and introduce other changes that benefit the wealthy.

Like the Republicans’ health-care proposals, their tax plan offers little to struggling middle- and working-class households. Trump continues to govern as a pluto-populist – a plutocrat pretending to be a populist – who has not hesitated to betray the people he conned into voting for him.

Before releasing the current plan, congressional Republicans passed resolutions to reduce taxes by $1.5 trillion over the next decade. But the actual tax cut will likely be much larger. The proposal to lower the corporate tax rate to 20%, for example, implies a $2.5 trillion tax cut, once other tax cuts in the plan are considered. To keep the tax cuts below $1.5 trillion, one would have to keep the corporate rate at or above 28% and broaden the tax base.

To make up for this difference, the bill proposes a cap on the mortgage-interest deduction for homeowners, and on the deductibility of property tax, as well as eliminating other tax benefits for the middle class. It would eliminate or cap the income-tax deduction for state and local taxes – again, squeezing the middle class to cover tax cuts for the rich.

The problem is that eliminating the state and local tax deduction would provide just $1.3 trillion in revenue over the next decade. And because this change would hurt middle-income families, many Republicans in high-tax states such as New York, New Jersey, and California will oppose it. If congressional Republicans and the Trump administration end up keeping the state and local tax deduction, their tax cuts will add $3.8 trillion to the public debt over the next decade.

Moreover, Republicans want their tax cuts to be permanent. Yet they are trying to enact their bill through the congressional budget reconciliation process, which requires any tax cuts that add to the deficit after ten years to be temporary. Even if the Republican plan really did keep the cuts at $1.5 trillion, it still would not comply with this rule.

Trump and congressional Republicans argue that tax cuts will boost economic growth, and thus revenues. But standard dynamic scoring models show that increased growth would offset the cost by only one third, at most: the US would face $1 trillion, rather than $1.5 trillion, in lost revenues.

So, how will the Republicans fudge these fiscal rules? For starters, like President George W. Bush’s administration, they will set the personal income tax cuts to expire after ten years. This will give them plenty of time to enjoy the political gains of tax cuts – starting with the midterm elections in 2018 – long before the bill comes due.

But corporate tax cuts are another matter, because making them temporary would defeat the purpose. Companies operate with a much longer time horizon than households, and are unlikely to boost investment in response to cuts that last only ten years.

To get around this problem, Trump and the Republicans might decide to bend or manipulate congressional rules. Or they might rely on unorthodox and untested economic models to claim that their cuts actually are revenue-neutral, and will have a much larger impact on growth than what standard models project.

Most mainstream economists would estimate that a tax cut of the size being proposed would increase US potential growth by 20 basis points, at most, taking the growth rate from around 2% to 2.2% over time. Yet Trump and his advisers have clung to the false claim that growth will increase to 3% or even 4%.

If this far-fetched projection sounds like voodoo economics all over again, that’s because it is. Voodoo economics came into parlance in the 1980 presidential election, when George H. W. Bush criticized Ronald Reagan for claiming that his planned tax cuts would pay for themselves. Bush was vindicated just a few years later, when the Reagan administration’s tax cuts blew a huge hole in US public finances.

And yet Republican administrations have persisted in pursuing unsustainable and undesirable tax cuts benefiting primarily the rich, leading to ever-larger deficits and trillions of dollars of additional public debt. The Republicans’ eagerness to pass reckless tax cuts once in power gives the lie to their claims of fiscal rectitude.

Making matters worse, America’s pluto-populist president is peddling a tax plan that will further increase economic inequality at a time when income and wealth gaps are already widening, owing to the effects of globalization, trade, migration, new labor-saving technologies, and market consolidation in many sectors.

Given that the rich tend to save more than middle- and working-class people, who must spend a larger proportion of their incomes on basic necessities, the Trump tax plan will do little for economic growth; it may even decrease it. And it will add far more to the US’s excessively high public-debt burden. It is fake reform, brought to us by an alt-fact administration and a party that has lost its economic bearings.

Nouriel Roubini, a professor at NYU’s Stern School of Business and CEO of Roubini Macro Associates, was Senior Economist for International Affairs in the White House’s Council of Economic Advisers during the Clinton Administration. He has worked for the International Monetary Fund, the US Federal Reserve, and the World Bank.