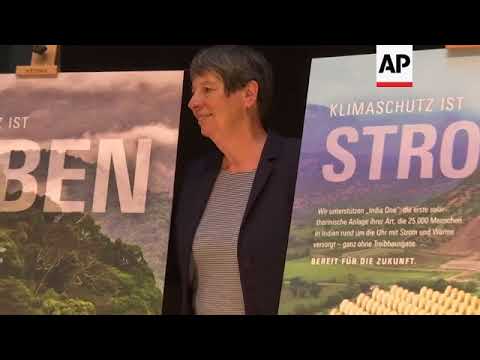 The Trump White House actually did a pro-coal exhibit at the Bonn climate summit in Germany, COP23. It did not go over well.

Indeed, this sort of absurd stunt has the makings of a complete end to American leadership in the world. Mark Twain once observed that “Clothes make the man. Naked people have little or no influence on society.”

The Trump administration at COP23 is naked. Because it is unclothed, lacking any moral fiber, it can be disregarded. And everyone is disregarding it.

It is sort of like someone opened a butcher shop at a PETA conference.

As the Trumpies were speaking, part of the crowd began chanting, “Keep it in the Ground!”

The Trump-backed panel, on the usefulness of fossil fuels, was criticized by other participants.

The presentation suffered from poor timing, as it turned out. It coincided with the issuance by scientists of findings that after leveling off for the past three years, carbon dioxide emissions are spiking again. Worse, some of the increase is coming from a feedback loop set in motion by massive human C02 emissions. The hotter it is, the more CO2 comes out of the soil and the more methane natural sources emit.