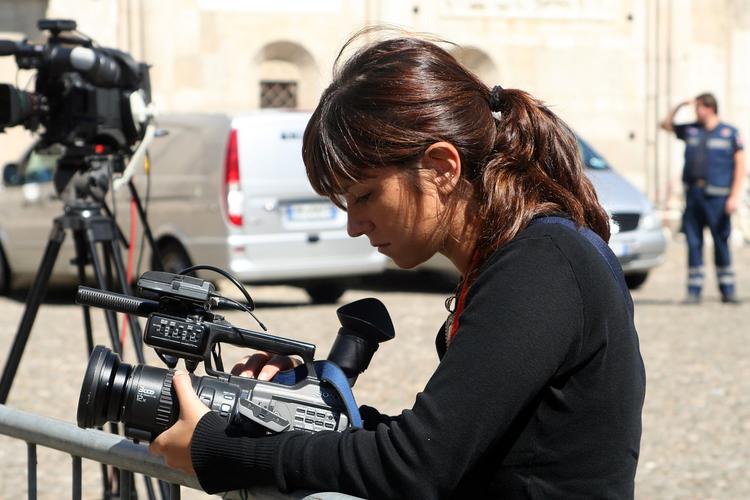 By Michael Greenwell | (The Conversation) | – –

It came as a slight relief to see at least some measured coverage of Donald Trump’s recent visit to South Korea. Sections of the media have been predicting World War III – and focusing on barbed and incendiary comments between Trump and North Korean leader Kim Jon-un – so stories that take a more measured tone should be welcomed … by everyone.

North Korea has now launched another ballistic missile, and further doomsday journalism could inflame current hostilities in the region. Any positive influence to avoid actual military action and encourage all nations to stick to a peaceful, negotiated resolution is in the whole world’s interest.

The US president missed the press opportunity to stand at the border of North Korea on his recent trip, and it’s encouraging that he didn’t glower at the checkpoint, eyeballing his opponent like a boxer before a fight. It may well be helpful if he now tempers his reaction to the most recent launch. So far, he has said: “We will take care of it.”

Journalists report what is in front of them – so when Team Trump adopts a more moderate tone, coverage can be less hyperbolic and antagonistic. The prior brinkmanship was leading the world to war, but a mutual realisation of the issue by the media and governments may have a symbiotic cooling effect. Unless you believe that governments and the media act in isolation to one another – refuting a “feedback loop” – it appears that the administration and editors have at least started to tone it down.

Gabi Wolsfeld theorised this potential dynamic as the “politics-media-politics cycle”. Wolsfeld observed coverage of conflict in Israel by the country’s media and attempted to analyse its influence on the protagonists. Wolsfeld even suggested that the media created a more conducive atmosphere for the assassination of former Israeli prime minister Yitzhak Rabin in 1995.

Drawing clear conclusions about the existence of such a cycle – a relationship between the actions of dominant actors, subsequent media coverage, and consequential actions potentially influenced by that media coverage – is extremely challenging. But analysing the coverage (and behaviour) of a bombastic Trump in previous press conferences, while establishing its impact on subsequent events, is enabled by the discipline of Peace Journalism.

Close analysis of events through the lens of Peace Journalism can help theorise when media coverage may have helped escalate or deescalate conflict. Peace Journalism aims to improve the conditions for peace through a considered editorial approach and practice. It is a means to peace.

Johan Galtung first theorised the notion of Peace Journalism in contrast to the notion of “War Journalism”. War Journalism foregrounds violence and body counts. Today, Jake Lynch and Annabel McGoldrick are leading proponents of Peace Journalism and adopt a critical, realist perspective when looking at the drivers of War Journalism. Lynch practices journalism that foregrounds marginalised voices in favour of dominant actors, provides accurate context and history – instead of polarised, short-term narratives – and presents peaceful options over grievances and violence.

The format of rolling news, journalistic convention, and the (perceived) demand for war reporting, makes change hard. But the media could have a powerful role to play. Propaganda on the radio, and specifically Radio Television Libre des Mille Collines, fuelled genocide in Rwanda, while child soldiers in Liberia imitated warlords on the news.

Trump’s cataclysmic rhetoric, for now, has diminished, and studying any influence by the media (if the heat of conflict turns up or down) is important. Indeed, it could be crucial with this media fixated, tweet-happy President.

So how can the media provide coverage that supports peaceful ends and addresses structural inequalities?

There could be hope in Manuel Castells’ “network society”, whereby consumers increasingly drive digital content. Could journalists and audiences adapt in unison to more constructive narratives about conflict and the path to peace? Lynch and McGoldrick have evidence of positive audience responses to more conflict-sensitive coverage, so could audiences dictate supply through demand?

Conflicts and coverage vary. There is no possibility of repeating conflicts and comparing influential factors and consequential results. Conflict contexts are not amenable to controlled study. Drivers and events cannot be studied empirically.

Media owners (and dominant interests) diverting from that old adage of “if it bleeds, it leads”, social media, finding a responsible journalistic model, and consumers bolstering demand for it could all help. But currently news institutions are falling short when it comes to constructive peace coverage.

However, there is hope, as some recent coverage of South Korea shows, and it continues with deeper ethical discussion and teaching around hybrid forms of journalism, as at the Centre for Broadcasting and Journalism at Nottingham Trent University.

Peace Journalism opposes War Journalism, but does not oppose quality journalism. There needs to be more commitment to its implementation and understanding of its purpose. Peace Journalism demands a multi-disciplinary approach, enriches studies and seemingly appeals to the next generation. And after all, it is they who will inherit the legacy of Trump and the society that is defined by its media.