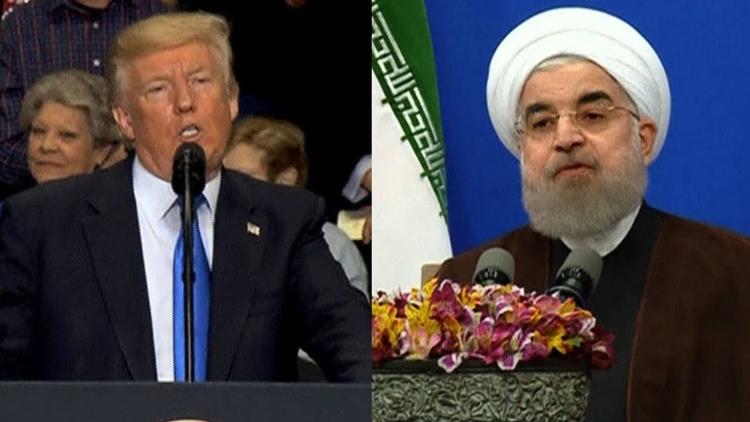 An Iranian official said Trump sees himself as the chief of a global village: “This comes as he is just the president of the U.S., and a hated one.”

Iran has denounced a potential boycott of the country’ss crude oil recently floated by U.S. President Donald Trump, slamming the statements as illegal and noting that any such embargo would be self-defeating.

Trump made the original statement last Saturday, remarking that the abundance of oil supplies from other countries made it possible to limit the purchase of oil and its derivatives from the Islamic Republic.

“I determined that there is a sufficient amount of oil and oil products from countries other than Iran, and this allows a significant reduction in the volume of oil and petroleum products that are purchased from Iran,” he said in a memorandum sent to the U.S. finance and energy ministers on Nov. 17.

Iranian Minister of Petroleum Bijan Zangeneh said that any such boycott of Iran’s crude oil would have a powerful impact on the market.

“Mr. Trump talks too much,” Zanganeh said, responding to Trump’s remarks in a document extending an embargo on the supply of oil from Iran that was first introduced in 2012.

“Iran’s oil supply to the market is up to 2.5 million barrels a day, and the removal of this amount would definitely affect the market,” Zanganeh said Saturday, according to Iran’s Fars news agency.

Trump’s comments have had a negligible impact on Iran’s oil trade so far, and exports are proceeding without any issues, the minister concluded. A total of 60 percent of Iranian crude oil is shipped to Asia, with about 40 percent shipped to Europe.

Iran’s oil exports have nearly doubled since January 2016, when the Joint Comprehensive Plan of Action (JCPOA) was implemented in a deal that was agreed after more than a year of painstaking negotiations in July 2015 by Iran, the European Union, Germany, and the five permanent members of the United Nations Security Council: Russia, the United States, China, France, and the United Kingdom.

Trump has repeatedly lambasted the six-party pact as the “stupidest” and “one of the worst and most one-sided transactions the United States has ever entered into” in history, solely benefitting Iran’s leaders.

The chairman of the National Security and Foreign Policy Commission of Iran’s parliament, Alaeddin Boroujerdi, said that Tump is once again violating the JCPOA through his provocative statements and Nov. 17 memorandum.

Boroujerdi described the former host of “The Apprentice” as having deluded himself into thinking he is chief of a global village, saying: “This comes as he is just the president of the U.S., and a hated one.”

The lawmaker also noted that throughout the history of the United States, no president has been weaker than the current incumbent. “Trump is not in a position to decide about the share of countries in the international oil market,” he said. “Iran is a member of the Organization of the Petroleum Exporting Countries and will defend its rights within the organization.”

With the world’s fifth-largest oil reserves, Iran is considered one of the foremost OPEC countries in terms of output growth potential: a major challenger, along with allied Shi’ite neighbor Iraq, to the leading role played by Iran’s arch-foe, the Kingdom of Saudi Arabia.