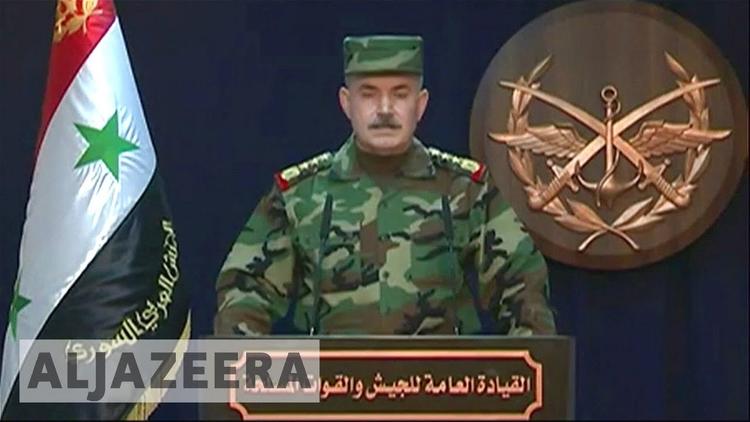 On Tuesday, Turkey lambasted the US and its largely Kurdish allies in Syria, the YPG, for having made a deal that allowed 250 Daesh fighters and all their children and relatives to flee from Raqqa.

“The YPG terrorists let Daesh [terrorists] leave Raqqa with their weapons instead of eliminating them from the city. One terror group left Raqqa and another settled in. Is this your rational policy?”

Turkey views the leftist YPG as a branch of the PKK (Kurdistan Workers Party), which is Turkey-based and seeking more autonomy for Turkey’s Kurds. The Syrian YPG has only distant ties to the PKK, however, and is mainly focused on Syria. Syrian Kurds, now backed by the US as the “Syrian Democratic Forces,” were the only local group of fighters willing to take on Daesh. With US air support and an influx of US weapons, they defeated it on the Syrian side of the border in Raqqa province. The Syrian regime only became interested in taking on Daesh once it seemed clear that otherwise the YPG would do the job and gain control over Deir al-Zor as well.

The BBC broke the bombshell report that the United States and its local allies worked out a deal with Daesh (ISIS, ISIL) in Raqqa, Syria, to allow them to depart. There were still 250 hardened fighters along with 3500 family members in the capital of the phony “caliphate.”

Raqqa had largely been reduced to rubble, but the 250 fighters could have continued, challenging and imposing high casualty rates on the largely Kurdish Syrian Democratic Forces who were besieging the city.

The YPG made this deal, with US military officers in the room, after weeks of hard fighting had not resulted in the complete fall of Raqqa. It is also alleged that the Trump administration was impatient for the YPG Kurds to take over hydrocarbon resources in Syria, which they could not do if they remained bogged down in Raqqa, so safe passage for the ISIL fighters and their arsenal was the price of that strategy.

US Secretary of Defense James Mattis had vowed to “annihilate” Daesh members in Syria, so that no foreign fighters went home to fight another day or to damage Western capitals. But apparently he acquiesced when he heard of the YPG plans.

The 250 trained and battle-hardened Daesh could go on to do substantial damage to Turkey or to their home countries (they included some foreign fighters as it turned out).
———–