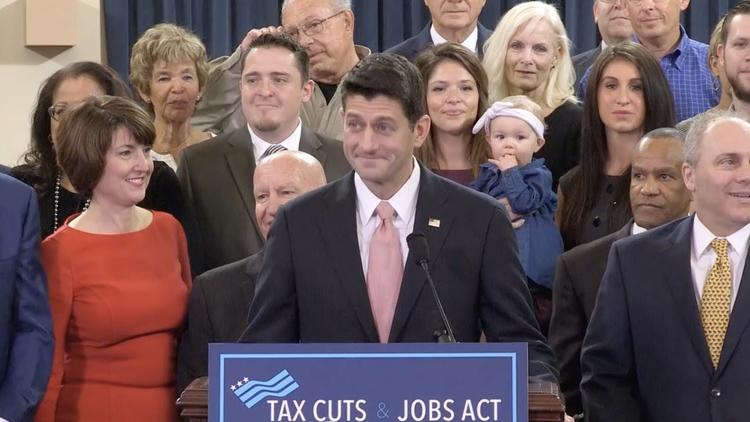 Imagine having to pay thousands of dollars of taxes on virtually no income.

The Republican tax plan winding its way through Congress includes a special middle finger to the nation’s graduate students.

It’s a little bit wonky, so stay with me here. I’ll explain how it affects me, since I’m an actual graduate student.

Going to grad school would’ve been entirely out of reach for me if I had to pay full tuition for my education. Getting a PhD takes at least five years and often more. I don’t have a spouse, trust fund, or parents to cover my cost of living or my tuition.

If I had to pay for my own education, it would’ve been simply out of the question. This is hardly uncommon.

How many adults do you know can forego five or more years of income while simultaneously paying thousands of dollars in college tuition each year?

Since the answer to that question is “not many,” universities employ graduate students as poorly paid labor in exchange for an education, health insurance, and a very low wage.

In my case, I’ve worked as a teaching assistant for the past three years while also attending classes at University of Wisconsin-Madison. Other students worked as research assistants. A lucky few got funding that allowed them to pursue their own research. The rest of us had to work.

Forbes mentions some magical places where graduate students are given stipends up to $50,000 per year. At Wisconsin, we weren’t so lucky.

My take home pay was about $1,300 per month, nine months of the year. The other three months (summer) I got nothing. No, it wasn’t enough to live on. I’m deeply in debt with student loans.

Then there’s the matter of tuition. Graduate students like me often don’t have to pay it.

If a school charges $20,000 per year in tuition but waives it for graduate students who work as teaching or research assistants, the new Republican tax plan wants to count that as $20,000 in taxable income.

You do the math: If a student is living on a tiny stipend and maybe some loans, how on earth can he or she afford to pay thousands of extra dollars in taxes?

You may not care about graduate students. It affects 3 million of us, but you may not be one yourself.

Odds are, however, that you’re affected by graduate students. Graduate students do a lot of the grunt work in universities while working on their doctorate degrees. They teach students, do research, and develop new technologies.

And they go on to become professors and experts themselves.

Without graduate students, we won’t have professors. If you have an associate’s or a bachelor’s degree, that was only possible because your professors were able to get a graduate education.

Gut graduate education in America and you’ll gut education as a whole.

OtherWords columnist Jill Richardson writes about food, agriculture, the environment, health, tolerance, and well-being. Currently pursuing a PhD in Sociology at University of Wisconsin-Madison, she’s the author of Recipe for America: Why Our Food System is Broken and What We Can Do to Fix It.