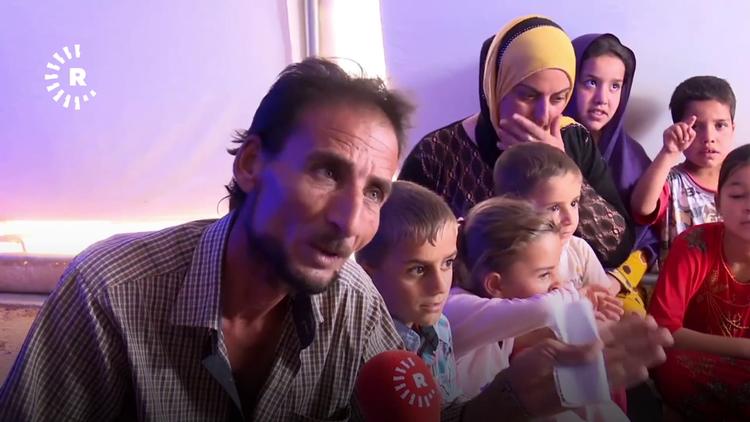 Proposed changes to Iraq’s personal status law caused protests because they drop the legal age of marriage to 9. Even worse, the changes come at the same time as an ongoing erosion in women’s status in Iraqi society.

On October 30, Iraq’s parliament made a decision that stirred up much anger around the country. They agreed to make amendments to the country’s personal status law in principle. The proposed changes have been a subject of controversy for years but this time it seems that politicians may finally be getting their way.

In most Muslim countries, issues like divorce, custody of children and marriage are ruled by religious law, or Sharia. However in 1959, the Iraqi government passed a new personal status law, based on the law of the land that treated all sects and ethnicities equally. This is Law Number 188 and it is still in effect today, with rulings on related issues made by government-run courts.

As Germany’s Heinrich Boell foundation has reported, the current Iraqi law is based on religious rules but it took a more liberal approach. “It restricts child marriages (by setting the legal age of marriage at 18 years), bans forced marriages and restricts polygamy; it curtails men’s prerogatives in divorce, expands women’s rights in divorce, extends child custody to mothers, and improves inheritance rights for women,” the foundation has stated. “It remains one of the most liberal laws in the Arab world with respect to women’s rights.”

Men occupy all the high-ranking positions and they reject the laws that might support women. If there were no quotas in place, things would be even worse.

The latter quality is something that many modern Iraqis have been proud of. Hence the uproar when news broke about the agreement to amend the personal status law.

Those amendments have been a long time coming. Shortly after the regime headed by former Iraqi leader, Saddam Hussein, was removed by a US-led invasion, the new Iraqi government stated its intention to change Law 188 and to reinstate religious courts on a sectarian basis – that is, cases would be heard by either a Sunni or Shiite Muslim court, depending on the sect of those using the law. Ever since 2004, protests by civil society organisations have managed to prevent this.

But it seems that this time the politicians may be able to make the changes they have sought for so long – even though it seems that any actual amendments will be a far longer time coming.

“There are serious constitutional and legal violations in this desire of the Islamic parties to amend the law,” one Iraqi MP, Shuruq al-Abaji, told NIQASH.

She points out that Article 41 of the Iraqi Constitution guarantees that Iraqis are free to choose personal status according to their religious beliefs, sects or other choices. Before the amendments can be made to the personal status law, this article would need to be changed, al-Abaji insists.

And there is another legal issue, the politician notes. The proposed new personal status law would refer issues of marriage, divorce, custody and inheritance to the religious endowment authorities – these are the bodies tasked with running and maintaining Shiite or Sunni mosques and shrines and they are very important institutions within their own sectarian communities. But, as al-Abaji argues, that violates not just the principle of the separation of powers but also human rights and international laws around women’s rights.

“The organization of these issues should be the responsibility of the courts and not the executive branch of Sunni or Shiite religious orders,” al-Abaji concludes.

Iraq’s original personal status law and the proposed amendments could not be more different. The first one grants mothers the right to custody and gives wives the right to inherit their husband’s estate. Meanwhile religious jurisprudence tends to say the custody of children is a matter for the father and that women do not have the right to inherit real estate or land.

One of the protests in Baghdad against the proposed changes to Iraq’s personal status law.

However these were not even the issues that really riled Iraqis up. The change that most angered locals was the one related to legal marriageable age. Civil law says a couple should be aged at least 18 in order to marry. Meanwhile religious law says puberty means a female is of marriageable age. In some cases, this is considered to be nine years old, in others 12 years old.

“The newly proposed law encourages the marriage of minors and reminds us most of the way that the [extremist group] Islamic State behaved with young girls, how the organisation forced them to marry group members when they were in control in Mosul and Raqqa,” says MP Rizan al-Sheik Daleer.

Once again, civil society and women’s rights organisations rallied around to protests the changes in the law. Many Iraqis on social media used the hashtag #NoToUnderageMarriages and a number of Facebook pages were created to organize the protests and garner support.

It’s a serious indication that male chauvinism is on the rise in Iraq.

The change in law also comes at a time when women’s rights appear to be being eroded in Iraq, many of the activists believe.

“Islamic parties’ attempts to pass this new personal status law comes at the same time as a decline in the female role in Iraqi politics,” states Hanaa Edwar, the influential head of the Al Amal (Hope) civil society organization. “In 2004 women occupied a fair few of the positions in government but their numbers have decreased dramatically over the past 10 years. It’s a serious indication that male chauvinism is on the rise in Iraq.”

In the first Iraqi government after the fall of Saddam Hussein, there were six female ministers. Currently there are only two – the minister of health and the minister of housing. There were eight deputy ministers in 2005 but in 2013, only one.

When the Iraqi parliament elected a new oversight commission for elections last month, for the first time ever there was no woman on it. In 2005, when the commission was first formed there were two.

At one stage the staffs of the ministries of finance, education and health were around half female. But their numbers have dropped a lot over the past few years. Three months ago parliament refused to vote on measures impacting the Federal Public Service Council, which regulates the affairs of the federal public service, including appointment and promotion, because of the fact that the president and deputy are independent women, according to Edwar. Male MPs have also refused to vote on a bill on domestic violence for years, she added.

All of this should be a wakeup call, Edwar argues, when it comes to the role of Iraqi women in their own society. “Men occupy all the high-ranking positions and they reject the laws that might support women,” Edwar notes. “If there were no quotas in place that require that females make up 25 percent of parliament and provincial councils, things would be even worse.”