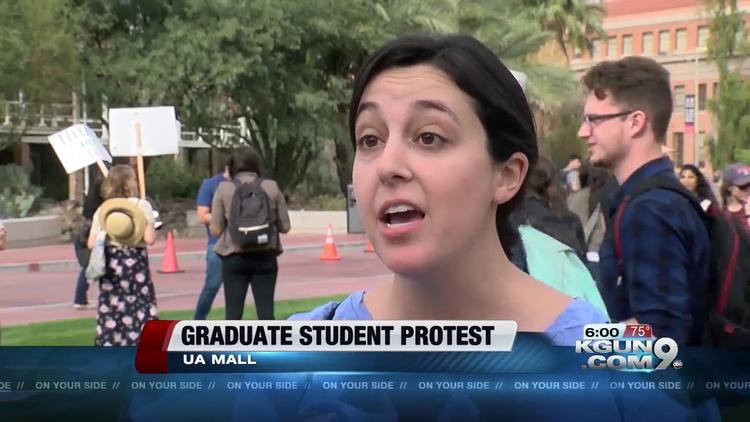 With the Senate’s passage of the “Tax Cuts and Jobs Act,” President Donald Trump seems close to notching his first legislative victory – a huge tax cut for the 1 percent. All that remains is the need to reconcile the Senate bill with the version passed earlier by the House of Representatives.

The bill is a travesty. Never have so many been forced to give up so much to benefit so few. The president’s claims to the contrary notwithstanding, this is no wonderful Christmas present for the American people. It’s more like a grimy lump of coal – many lumps, in fact.

In a pair of bills that each runs to more than 400 pages, it is not hard to find objectionable provisions. As a long-time academic, I am particularly appalled by the treatment of America’s colleges and universities, the widespread network of institutions charged with training America’s talent pool of the future.

The Republican plan undermines what its backers claim is their goal: boosting America’s economic vitality. Here’s why.

For instance, as part of its effort to pay for the generous tax cuts for corporations and the wealthy, Republicans aim to impose a 1.4 percent tax on investment income at private schools with endowments worth at least US$250,000 per full-time student. This would affect as many as 70 schools and cost them an estimated $2.5 billion over a decade.

Not only will that shrink the resources available to support research, much of which helps to fuel the nation’s economic growth. It will also make it more difficult to hold down rising tuition expenses, thus closing off educational opportunities for many students from lower- and middle-income families.

Public universities in states like New York and California can also expect to be hard hit by the bill’s elimination of the federal deduction for state and local taxes. Since this change will actually add to residents’ overall tax bills, state governments are bound to come under voter pressure to offset them with tax cuts closer to home, which in turn will require corresponding expenditure reductions. Public universities, by definition, tend to be highly dependent on the public purse for their revenues. That makes them particularly vulnerable targets when budgets are slashed at the state level.

Those of us who teach in the University of California system, for instance, still remember the pay cuts we all had to endure when Sacramento’s budget was hit by the Great Recession of 2008-2009. Funding for the system as a whole was cut by 40 percent, leading to an exodus of faculty, tight limits on new hires and severe limits on financial aid for students. It took years for support of instruction and research to return to pre-crisis levels.

And even more egregious are some “reforms” in the House version that might yet make it into law depending on how negotiations with the Senate turn out. The House bill is far stingier than the Senate’s when it comes to higher education. For example, House Republicans propose eliminating a benefit that lets some taxpayers deduct student loan interest. That too will close off opportunities for many poorer students.

The House bill also takes aim at a break that presently makes graduate school more affordable by allowing students to work as research or teaching assistants for tuition waivers that don’t count as taxable income. Counting these waivers as income would make graduate school unaffordable for tens of thousands of current and would-be students.

All in all, the House bill alone would reduce tax incentives for higher education by an estimated $64 billion over 10 years.

Whatever the final shape of the Tax Cuts and Jobs Act, the provisions targeting higher education will have adverse economic effects that will be both substantial and long-lasting.

Numerous studies have shown that a college education adds substantially to an individual’s lifetime earning potential. Research by the College Board, a nonprofit that helps students prepare for college, shows that the median income of bachelor’s degree recipients with no advanced degree and working full time in 2011 was $56,500, some $21,100 more than median earnings of high school graduates. Put another way, the benefits of a four-year college degree are equivalent to an investment that returns 15.2 percent per year – over a lifetime. And the earnings premium grows even wider for additional years of study.

Furthermore, over time individual earnings tend to rise more rapidly for those with higher levels of education, and unemployment levels are significantly lower. The evidence is strong that these benefits bolster the overall economy as well.

Zvi Griliches, a Harvard economist who died in 1999 and was a specialist on the topic, found that the historical growth of years devoted to higher education and other advanced training accounted for about a third of productivity growth in the U.S. economy over the 50-year period he examined.

These productivity gains, in turn, translated into higher output and incomes for the economy as a whole, adding substantially to America’s wealth.

Evidence also suggests that regions with a higher proportion of college graduates tend to have lower crime rates, higher levels of civic participation and improved performance across a number of other socioeconomic measures.

In its essence, the Tax Cuts and Jobs Act embodies a contemptuous disregard for intellectualism and expertise that over time can only erode the quality of the U.S. work force.

Many schools will see their budgets cut; faced with higher fees and tuition, many students will be forced to drop out – their dreams shattered, their earning potential stunted, their contribution to the American economy significantly curtailed.

America will not be made great again by attacking its system of higher education in such a mindless manner.