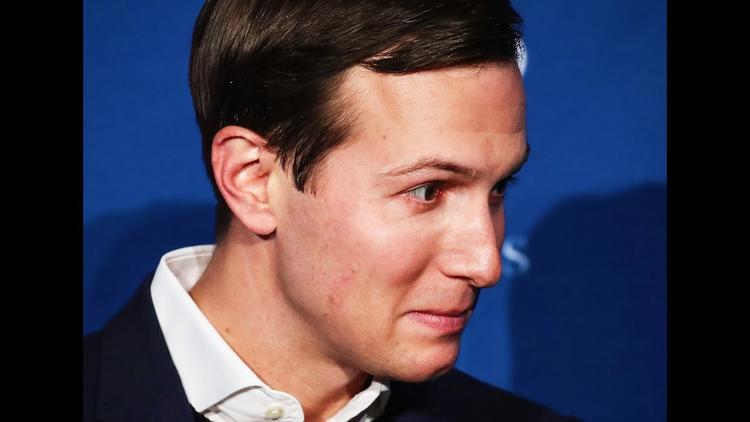 While Jared Kushner is working on a peace deal between the Israelis and the Palestinians, the Kushner Companies Charitable Foundation is funding a controversial West Bank settlement.

As Jared Kushner leads the U.S. government’s effort to develop an Israeli-Palestinian peace plan, the Kushner Companies Charitable Foundation is funding a hardline Israeli settlement in the West Bank.

The charitable fund made a donation of at least $18,000 at the “Master Builders” level to American Friends of Bet El Yeshiva Center, according to a donor book distributed at the group’s annual gala Sunday evening.

The Kushner family has given money in past years to the group, which funds construction of the Bet El settlement outside the Palestinian city Ramallah, as Haaretz first reported. But this appears to be the first time they’ve done so while Kushner, whose title is senior adviser to the president, is the lead administration official brokering a peace plan.

Advocates of a two-state solution said the donation was troubling given Kushner’s role.

“Under normal circumstances you would expect someone who has a background of activism related to Israel to be working very hard to take a step back from that to show that he can be a credible mediator. Not only is that not the case, it’s the opposite,” said Lara Friedman, president of the Foundation for Middle East Peace.

Israeli settlements in the West Bank, which eat away at any future Palestinian state, are one of the main obstacles to a two-state solution. Bet El, which was built onprivate Palestinian land seized by the Israeli military in the 1970s, is considered one of the most politically radical settlements. President Donald Trump has changed U.S. policy by saying he does not believe a two-state solution is a necessary part of a peace deal. In a move expected to exacerbate tensions, Trump will reportedly declare Jerusalem Israel’s capital today.

Kushner stepped down from his job as CEO of Kushner Companies earlier this year but still has significantfinancial interests in the family empire, which mainly consists of real estate.

The mood of the 1,300 attendees at the Bet El dinner, held at a midtown Manhattan Marriott Sunday, was celebratory. “2017 is a year of construction starts for Bet El Institutions,” said a glossy book distributed at each table. “Facing a new policy of zero condemnations from the US State Department, Bet El is not wasting a minute.”

The former president of the Bet El group, David Friedman, is now the Trump administration’s ambassador to Israel.

Guests posed for pictures with a smiling John Bolton, the former Bush administration ambassador to the United Nations. A short film set to action-movie music showed high-school-age youth training in the settlement’s military academy. “Bet El is very important because it establishes our claim that God gave us this land,” said Karen Frager, an activist who spoke on a video shown on stage.

“Our team has tried very hard to do a lot of listening — not just with Israelis, with Palestinians. [It] understands what their views and red lines are,” Kushner said at the Saban Forum.

The Kushner Companies donation to Bet El comes at a time when Jared Kushner is under scrutiny for his unsuccessful effort last December to block a United Nations resolution to condemn Israeli settlement-building in the West Bank. That effort, which was outlined in the charges against former national security adviser Michael Flynn, came after the election but before Donald Trump was inaugurated as president.

The Kushner family is associated with at least two other charitable funds, including the Charles and Seryl Kushner Foundation. A recent report in Newsweek raised questions about whether Kushner properly disclosed his role in the nonprofits on his official ethics disclosure.