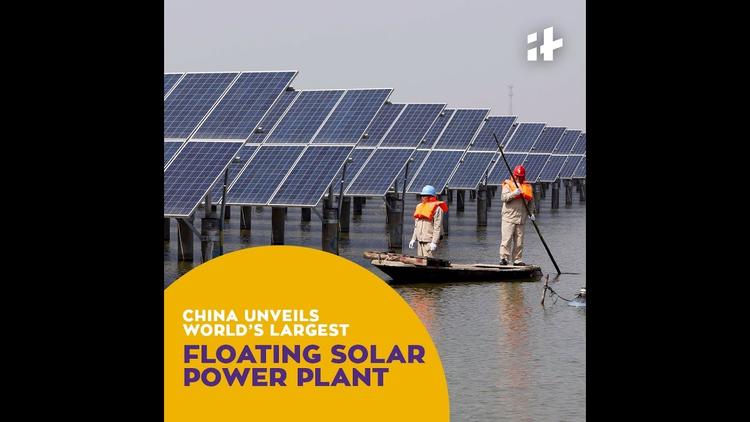 The Three Gorges Group project commenced in July of this year and is expected to be completed and fully streamlined by May 2018.

The renewable energy project, according to the news agency, will cost about US$150 million and will be constructed in the eastern region of the Asian nation.

The 150-megawatt floating plant consists of panels affixed to flotation mechanism positioned on a lake which was formed from a collapsed coal mine.

The project commenced in July of this year and is expected to be completed and fully streamlined by May 2018.

Currently, the grid is partially connected to the plant.

National Energy Administration data suggests that approximately 5.6 percent of solar power generation was idle in the first three-quarters of the year.

Chinese floating solar farms have grown exponentially in popularity as they are viewed as a sufficient solution to grid congestion.