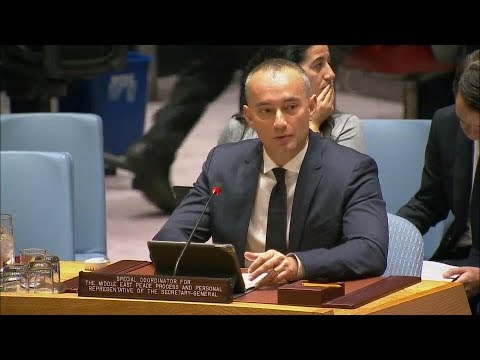 Egypt introduced a draft resolution to the Security Council to reject a decision to recognize Jerusalem as the capital of Israel.

The adviser to Palestinian President for Foreign Affairs, Nabil Shaath, informed on Tuesday that his country will request full UN membership in January 2018.

“We will present the request again to the UN Security Council,” Shaath told reporters. Palestine participates in the organization with non-member observer status, according to resolution 67/19 of the 2012 General Assembly.

For his part, President Mahmoud Abbas indicated that he will shortly ask for the recognition of Palestine as a full member of the UN, after the president of the United States, Donald Trump, recognized Jerusalem as the capital of Israel.

In addition, Trump announced the transfer of his embassy from the city of Tel Aviv to Jerusalem. This measure has been condemned by the majority of the international community and criticized by multilateral organizations.

The delegation from Egypt introduced on Monday a draft resolution before the UN Security Council to reject the U.S. decision and reiterate that Jerusalem’s status “must be resolved through negotiations between Israel and Palestine.

United Nations: “Briefing on the situation in the Middle East, including the Palestinian question – Security Council”