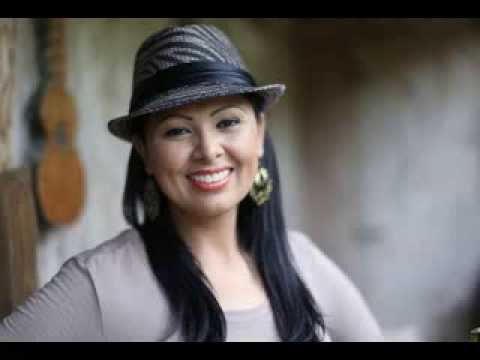 By Evelyn Milagros Rodriguez | (The Conversation) | – –

Some say Puerto Rico has the longest Christmas in the world.

For Puerto Ricans, who are 85 percent Catholic, Christmas starts after Thanksgiving, continues through Christmas Day, and extends beyond Three Kings Day, on Jan. 6, with the “octavitas” – an eight-day street party that concludes in the St. Sebastian Festival in Old San Juan in mid-January. Christmas trees and decorations stay up for almost two months. The new year is greeted in noisy fashion, with street concerts and fireworks and guns fired celebratorily – albeit dangerously – into the air.

At least, that’s the tradition in my country. This year everything is different. In September, hurricanes Irma and Maria both battered Puerto Rico, killing perhaps as many as a thousand people and destroying much of the island.

Three months later, most Puerto Ricans still contend with some combination of unsafe water, no electricity, blocked highways, broken bridges, lack of internet and food shortages. Some 600 people are still living in shelters.

Can Christmas survive this catastrophe?

I’m considering this question from my home in San Juan, the capital, where a Christmas miracle has occurred: Last week electricity was restored to parts of the neighborhood.

Currently, about 65 percent of the island has electrical power, and everyone else is constantly hunting for it.

But we’re also seeking another kind of power, I think – the strength to get through this national disaster.

Rural governments are still trying to tend to thousands of people left without water, electricity and medicine. Meanwhile, Gov. Ricardo Roselló is handling Puerto Rico’s hurricane aftermath while also reckoning with the island’s bankruptcy. Everyone has been working so hard for so long.

There are signs of desperation. Suicides and post-traumatic stress are a reality here now. It will be a long time before anything here starts to look normal again, and we know some things may never be the same.

At my job, as a special collections librarian at the University of Puerto Rico’s Humacao campus, our team is working from a tent outside while the library gets a deep clean. The building that houses the library leaked during Maria, so it soon became mold-infested. We lost our reference collection completely, along with all the furniture and computer equipment.

For a while there, I thought maybe Christmas might be one more thing lost to Maria.

Puerto Ricans, as it happens, are good at adversity. It’s a legacy of our colonial history.

Either way, the country’s resilience is on full display this Christmas season. Despite the blackouts that still affect even places where power’s been restored and the cold showers, we will have our holiday.

It may not be the longest Christmas in the world this year. And there may not be a lot of decorated trees, wreaths or parties. But in homes across the country people are roasting suckling pig right now, preparing blood sausages and stewing rice and peas.

We may have to cook over a charcoal fire, but to be sure: There will be bananas for our pasteles, meat-filled pastries served wrapped in a leaf.

Families hum along to holiday favorites – “Navidad,” a salsa tune by José Nogueras, and “Los reyes no llegaron,” a Christmas bolero by Victoria Sanabria – accompanied by the roar of generators.

Since my house has electricity, we’re stringing the Christmas lights and planning to party. Even in homes without power, that’s sometimes the case. As I heard one caller say on the radio, “We’ll turn on the Christmas lights even if it means plugging them into a generator.”

At work, the library team hung a Three Wise Men-themed decoration on our temporary library tent.

Elsewhere, sadness is more tangible. By November, 100,000 Puerto Ricans had fled Hurricane Maria’s aftermath, a number that grows daily. Many families will be missing their loved ones this Christmas.

Tragedy unites us all right now. In some places – like Santa Isabel, on Puerto Rico’s southern coast, and Moca, a town near Aguadilla – locals have decked out the main square, transforming storm debris into makeshift Christmas trees and wooden nativity scenes, all strung up with lights.

Such scenes reflect the national sentiment that not destruction, or terrible crisis management, or bankruptcy can take Christmas from Puerto Rico. Celebrating the holidays this year means feeling, if only for a moment, normal. It’s a sign of survival.