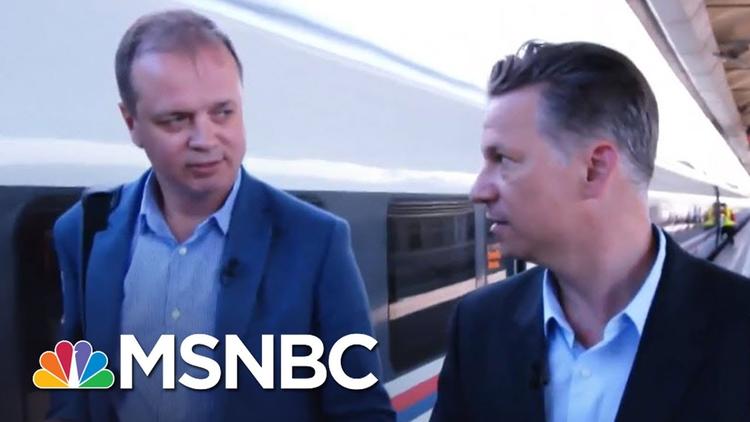 A little-noticed Russian diplomatic approach to the US on 17 July amounted to an official admission by the Russian Federation that it interfered in the 2016 US election through cyberwar techniques including hacking and spreading fake news. Those facts are now widely known, but some commentators, and President Trump, continue to deny that the Russian government was responsible.

On 8 December, Buzzfeed News reported that the Russian Federation proposed, at deputy minister level, to negotiate an agreement with the US on mutual non-interference in each other’s elections. The trade would have been no more RF cyberwar on elections for an end to US democracy promotion programs, apparently including an end to uncensored US news reporting in Russia and broadcasting in and to the country.

Radio Liberty broadcasting into the Soviet Union had a substantial, if difficult to measure, effect on public opinion and eventually the collapse of the Soviet regime. RL and related international broadcasters now are the major available alternative to state-controlled disinformation, which, seems much more brazen and fact-free than it was in Soviet times.

The Russian government blames US Agency for International Development-supported democracy promotion programs, including training in election observation, investigative reporting and voluntary group organization, for the several “color revolutions” around the country’s periphery since 2004. Russian President Vladimir Putin believes these activities created the wave of demonstrations that followed his most recent election as president in 2011. They are at the root of his well-known antipathy for Hillary Clinton.

According to the official State Department press release, the US-Russian “conversation was tough, forthright, and deliberate, reflecting both parties’ commitment to a resolution. The United States and Russia seek a long-term solution that would address areas of bilateral concern that have strained the relationship. The talks reflected a spirit of goodwill, (https://www.state.gov/r/pa/prs/ps/2017/07/272652.htm”> but it is clear that more work needs to be done. ) There do not seem to have been any follow-up communications on the proposal.

The Russians have admitted that they hacked the 2016 American election. Their efforts to exacerbate existing tensions in the US have been wildly successful at a small cost to them.

The hacking is an existential question for the American political system. The US must find ways to protect against and defeat such meddling in the future. If Americans cannot believe in the honesty of their elections the legitimacy of the political system is dangerously undermined.

Don Van Atta is a Fellow at the Center for Slavic, East European and Eurasian Studies at the University of North Carolina, Chapel Hill. He first visited the USSR in 1977, and has lived for long periods of time in the Russian Federation, Ukraine, Georgia, Tajikistan and Latvia since 1988. obtained his Ph.D. and Certificate in Slavic and East European Studies in 1984 from the University of California, Berkeley. The Georgian Agricultural University in Tbilisi awarded him an honorary doctorate in 2005. He has taught Soviet politics, foreign policy and military policy at San Francisco and San Jose State Universities and at Hamilton College (Clinton, NY).