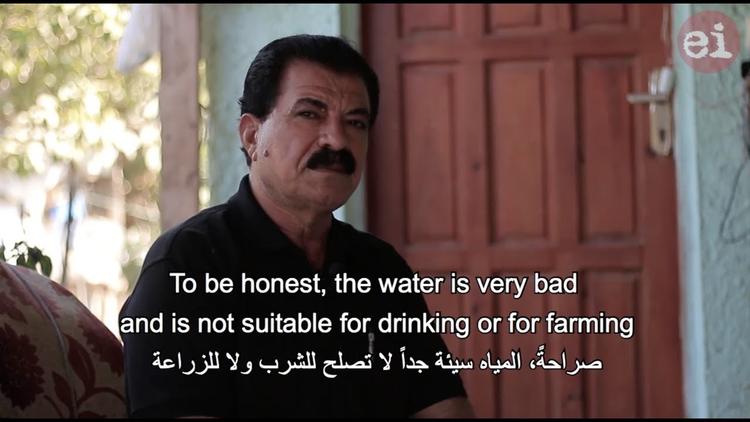 A place of spacious dimensions, and large population, with fine bazaars. It contains numerous mosques, and there is no wall around it.

To the modern reader, this is perhaps one of the more striking descriptions the medieval Moroccan traveller, Ibn Battutah, offered of the places he visited. Not because it contains anything shocking, but because of the town it portrays: Gaza.

For the city, and the war-torn strip of coastal land with which it shares a name, are today defined principally by the walls around it. Gaza has been held under siege for the best part of the last decade, since Hamas came to power in the territory.

Recent political developments, in the form of a unity government, mean that there may be more future movement through the southern border, with Egypt. Still, Gaza remains fenced in to the north and east by the Israeli Army, which vastly outguns any enemies it has in the territory. To the west lies the Mediterranean. Some shores of that sea are famous for tourism; stretches of its eastern edge are more readily associated with armed conflict, human suffering and wasted potential. Gaza definitely falls, along with Syria, into the latter category.

Without the beaches, life in Gaza would surely be immeasurably worse. The currents there make swimming hazardous; winter storms can be surprisingly violent. Yet the sky and the waves offer some relief in the form of light and air to a place where life can seem suffocating.

As Donald Macintyre observes in his important new book, Gaza: Preparing for Dawn, the sea might also offer economic salvation. The discovery offshore of a gas field, Gaza Marine – estimated to hold a trillion cubic feet of natural gas – promised the solution to many of Gaza’s economic and energy woes.

Perhaps predictably, politics and conflict have conspired to stop that happening. Gaza Marine remains unexploited. Like the “telegenic background of a huge gas flame shooting into the air” – against which Macintyre describes the late Palestinian leader, Yasser Arafat, announcing unfulfilled plans to draw the wealth from beneath the waves – it has flared, and died.

It was into that sea that I watched for the final time a bright orange sun set in the spring of 2004. Since 2002, I had been the BBC’s correspondent in Gaza. At the time, I was the only international journalist permanently based in the territory. The kidnapping of my successor, Alan Johnston, in 2007 just as he was due to finish his posting, means that while correspondents continue to visit, they do not live there.

Johnston’s experience reporting “the descent into anarchy of which he himself was now a victim” (as Macintyre puts it) was a journalistic challenge which Johnston took on admirably. His fate – thankfully he was released after 16 weeks – ensures, however, that managing editors have since been rightly nervous about basing their journalists in Gaza ever since.

Watching the sunset that evening, I reflected on another theme which Macintyre rightly raises. I knew I was leaving. I knew I had always been there only as long as I felt like being there. With the exception of days when fighting made it too dangerous to approach the border crossing – and there were a few – I was free to come and go as I wished.

The people among whom I was living were not. Macintyre makes this point, in all its complexity, not only in the book’s shortest chapter – “They will always miss home” – but throughout. It is a complex point because while Gazans long for the opportunities which life outside can bring: study, work, and, in the case of a would-be Olympian, sport – they do not want to abandon their home.

To do so might make them feel that they were turning their backs on their people, and leaving them to their suffering. Gazans with jobs or university places outside are sometimes nervous about returning home for visits. A deterioration in the conflict could leave them trapped and, in consequence, unemployed. Some just leave for good, but the “unresolvable contradiction”, as Macintyre succinctly puts it, remains: “Gaza as a prison to escape from, but also forever home.”

It is in telling these individual stories that Macintyre really excels. Many journalists have been fascinated by Gaza on short visits; few have bothered to try so hard to understand the story beyond the bloodshed. Macintyre’s meetings with the jeans and juice manufacturers; the music students; and that marathon runner bring the people of Gaza to life in a way that daily news reporting rarely can.

Their deaths are recorded too, of course – and, even to news audiences grimly accustomed to reading about violent deaths in the Middle East, some will shock. The Gazan mother who keeps Israeli soldiers waiting at the door – only to open it just as they have decided to blow it apart with explosives – is one that is hard to forget.

All the individual stories are in turn directed by the larger political ones. Macintyre proves himself a well-informed chronicler of the intra-Palestinian conflict: principally between Fatah and Hamas, but also between the latter and newer Islamist rivals. Gaza: Preparing for Dawn also offers wise analysis of the conflict with Israel – and international attempts to address it.

Macintyre is perceptive about the gap between what even the most senior diplomats say in public, and what they seem really to think. John Kerry, the last US secretary of state to try, and fail, to solve the conflict, is reported here as saying ironically of an Israeli bombardment that killed 55 civilians in six hours, “That’s a hell of a pinpoint operation”.

Diplomatic dispatches I saw when researching my last book, Headlines from the Holy Land accused Israel of “taking measures that would not be acceptable in most societies in the 21st century”. Such phrases rarely grace the more mealy-mouthed official statements. They are all the more revealing when they come to light.

Because for now, for the people of Gaza, there is little prospect of change. As 2018 approaches, one is reminded of the UN report of 2012 which asked whether the territory would be liveable in 2020. Despite that, there is no meaningful diplomatic process which might end Gaza’s misery. John Kerry failed. President Trump has shown little personal interest. His son-in-law, Jared Kushner, has been touted as a possible player – but there are no signs of concrete progress so far.

Israel’s approach of recent years has concentrated on “mowing the grass” – a phrase designed to explain the policy of launching military operations every so often to strike at armed Palestinian groups. The euphemism also ignores the fact that the majority of deaths in major operations are civilian ones. As Macintyre points out, even if leaflets are dropped telling civilians to leave, they don’t instruct them “where to find safety after fleeing their homes”.

Journalists covering conflict will sometimes agonise over whether their work makes a difference. If airtime and column inches alone could bring peace, then the sheer scale of coverage would have guaranteed a settlement long ago. It cannot, of course – but books such as Gaza: Preparing for Dawn do a vital job in reminding the world what goes on there. One day that knowledge may just be part of a solution.