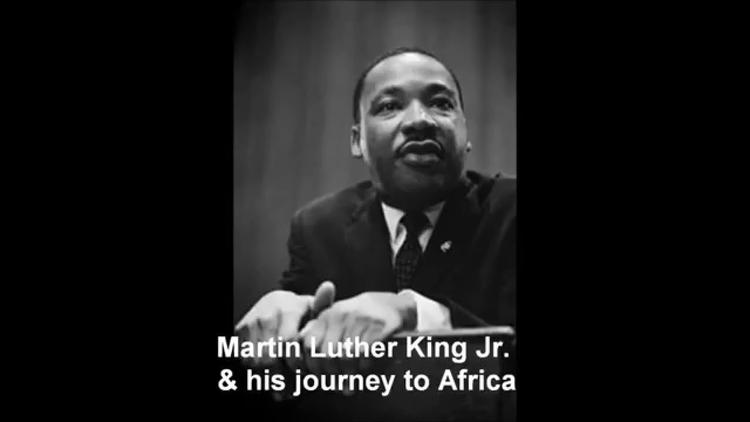 In 1957 Martin Luther King and his wife Coretta went to Ghana in connection with its independence from Britain. The British had grabbed the fabled West African Gold Coast in the nineteenth century in order to profit from its gold and other resources (after having profited in the 18th century from slaving in the region). As late as the 1940s and 1950s British colonial troops treated the local population with brutality.

Despite the myth that European colonial empires did volunteer development work for peoples of the global south, mostly they invested almost nothing in industry and any infrastructure they put in was for their armies, administrators, primary product exports and settlers. Lord Cromer actually refused to spread education in Egypt, e.g. In the British Gold Coast/ Ghana, what little education and literacy the colonialists introduced was for the formation of a small collaborating bureaucratic class or for missionary work. In the Gold Coast/ Ghana the British developed a colonial export economy in the early twentieth century based on cocoa. You never get rich off of agriculture; it was industry that made a country wealthy. And even in export agriculture you need to keep all your profits to get ahead, whereas the British took their cut. Then in the Great Depression the bottom fell out of the export market anyway. Despite all the disappointments of postcolonial government since 1957, poverty has been reduced by independent Ghana from 50% to 25% of the population and literacy has been raised to 71% from almost nothing under the British. Ghana has been a functioning democracy for some time now.

There is a sense in which African-American populations in the South were under a sort of colonial rule with Jim Crow, as well.

In his sermon on the Birth of a Nation,, King addressed a church congregation in Montgomery, Alabama.

“You also know that for years and for centuries, Africa has been one of the most exploited continents in the history of the world. It’s been the “Dark Continent.” It’s been the continent that has suffered all of the pain and the affliction that could be mustered up by other nations. And it is that continent which has experienced slavery, which has experienced all of the lowest standards that we can think about, and its been brought into being by the exploitation inflicted upon it by other nations. ”

That European colonial nations raped Africa of its resources and reduced its populations from free peoples to colonial subjects goes without saying. Belgium is alleged to have polished off about half the population of the Congo in the course of its rapine. Now, in the 1950s and 1960s that era of direct foreign rule was coming to an end.

He detailed the competition for the resources of the Gold Coast and added,

“Finally, in 1850, Britain won out, and she gained possession of the total territorial expansion of the Gold Coast. From 1850 to 1957, March sixth, the Gold Coast was a colony of the British Empire. And as a colony she suffered all of the injustices, all of the exploitation, all of the humiliation that comes as a result of colonialism. But like all slavery, like all domination, like all exploitation, it came to the point that the people got tired of it.

And that seems to be the long story of history. There seems to be a throbbing desire, there seems to be an internal desire for freedom within the soul of every man. And it’s there — it might not break forth in the beginning, but eventually it breaks out.”

What King took away from the sordid story of colonial oppression and brutal extraction of resources was the universal human yearning to be free. And he was proud that Ghana’s independence leader, Kwame Nkrumah (1909-1972), had been educated at the University of Pennsylvania.

He also firmly believed that nonviolent methods were the best, perhaps only path to true liberation:

“It says to us another thing. It reminds us of the fact that a nation or a people can break aloose from oppression without violence. Nkrumah says in the first two pages of his autobiography, which was published on the sixth of March — a great book which you ought to read — he said that he had studied the social systems of social philosophers and he started studying the life of Gandhi and his techniques. And he said that in the beginning he could not see how they could ever get aloose from colonialism without armed revolt, without armies and ammunition, rising up. Then he says after he continued to study Gandhi and continued to study this technique, he came to see that the only way was through nonviolent positive action. And he called his program “positive action.” ”

It wasn’t only that nonviolence is a useful, utilitarian tool of social mobilization. In King’s view its beauty is the promise it lays out for peaceful post-conflict reconciliation:

King was exuberant about independence but was anything but naive. He was well aware of the severe economic and other challenges facing newly independent countries in Africa:

“Now it will confront its wilderness. Like any breaking aloose from Egypt, there is a wilderness ahead. There is a problem of adjustment. Nkrumah realizes that. There is always this wilderness standing before him. For instance, it’s a one-crop country, cocoa mainly. Sixty percent of the cocoa of the world comes from the Gold Coast, or from Ghana. And, in order to make the economic system more stable, it will be necessary to industrialize. Cocoa is too fluctuating to base a whole economy on that…”

Colonialism made economies in the global South “lopsided” in the term of the great economic historian of the Middle East, Charles Issawi.

King was thinking analogically. What the system of racial injustice in the United States does, as the Ferguson investigation revealed, is to transfer resources (through fines and jailing for minor or trumped up “offenses”) from African-American communities to white elites. He saw clearly that racial hierarchy and domination has a powerful economic dimension. In fact, despite the legislative victories of the Civil Rights movement, which were inspired so powerfully by African decolonization, the big failure of race relations in the past fifty years is that the per capita wealth holdings of African-Americans have remained tiny compared to those of the whites, and African-Americans have been excluded from the economic growth of these last five decades (though to be fair it is mainly the top 10% or 30 million mostly upper middle class and wealthy whites who have grabbed most of this increase).

To the extent that at least in the surface law the shameful episode of some Americans treating others as pariahs, with laws on the books against racial intermarriage, joint schooling, even using the same bathrooms and water fountains, has ended–to that extent our nation owes an enormous debt to African freedom fighters of the 1940s and 1950s who inspired Americans to begin addressing their internal colonialism.

As Dr. King so memorably said, it is not the color of your skin that matters (nor the poverty of your neighborhood) but the content of your character.

Martin Luther King Jr After his Journey to Africa