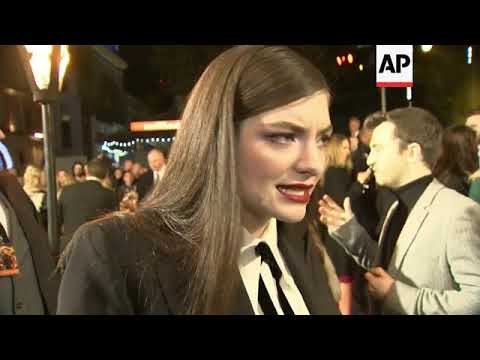 The well-known artists and authors expressed their support for the young singer for canceling her show in Israel after Palestinian calls for boycott.

More than 100 writers and artists signed a letter in support of the New Zealand singer Lorde after she was harshly attacked over her decision not to perform in Israel following calls to boycott the country by pro-Palestinian activists.

“We write in support of Lorde, who made public her decision not to perform in Israel and has now been branded a bigot in a full page advertisement in the Washington Post,” the well-known actors, directors and musicians wrote in a letter published by the British newspaper The Guardian Friday.

“We deplore the bullying tactics being used to defend injustice against Palestinians and to suppress an artist’s freedom of conscience. We support Lorde’s right to take a stand.”

The letter, signed by the likes of Angela Davis, Mark Ruffalo, Roger Waters, Alice Walker, Tom Morello, and Talib Kweli, slammed the author and promoter of the ad right-wing Rabbi Shmuley Boteach for his vicious attack on Lorde, saying he “has nothing to teach artists about human rights.”

They pointed to the fact that Boteach “supports Israel’s illegal settlements and wrote last month on Breitbart to thank Donald Trump for “electrifying the world” with his recognition of Jerusalem as Israel’s capital in defiance of international law.”

The inflammatory ad criticized the popular singer for performing in Russia “despite Putin’s support for Assad’s genocide in Syria,” referring to Syrian President Bashar Assad.

The New Zealand singer canceled her show after two fans wrote an open letter asking her not to perform in Israel, as that would be seen as supporting Israel’s abusive policies and occupation in Palestine.

Her decision to cancel the show was celebrated by the Boycott, Divestment, Sanctions Movement, or BDS, and its supporters but she has been the target of heavy criticism from Israeli politicians and media.

Israel’s Ambassador to New Zealand Itzhak Gerberg wrote an open letter to the star, saying that her concert in Tel Aviv “could have spread the message that solutions come from constructive engagement that leads to compromise and cooperation.”

Lorde’s decisions is seen as a major success for the BDS movement, which started in 2005 to promote a peaceful action around the world to help end Israel’s abuses against Palestinians, by cutting off cultural, academic, and economic ties with the state.

Lorde’s decision and the reactions it has received are an “indication that the cultural boycott is working,” University of Exeter’s Professor Ilan Pappe told Al-Jazeera earlier this week. “Lorde has no political background, no track record as an activist … It was a pure reaction of a conscientious young woman whose basic decency has led her to her action.”

Another evidence that the BDS is succeeding is the fact that the movement has angered the Israeli government enough that it approved a law last year banning organizations and groups that promote BDS in Israel, while also lobbying governments around the world to do the same.