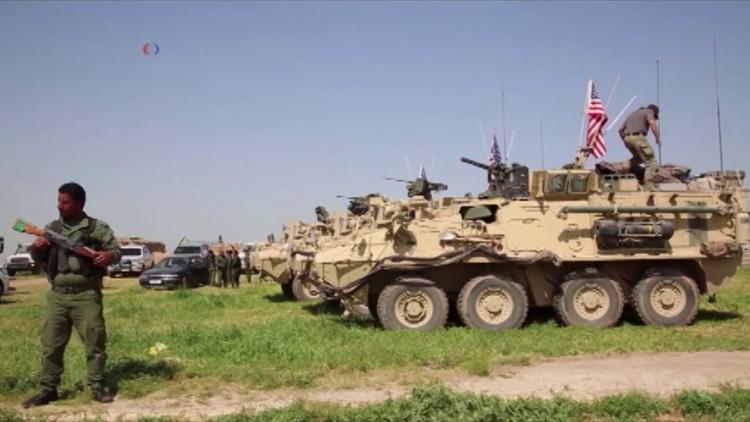 The front page news today that US and coalition aircraft (mostly American joined by French and British pilots) struck last Saturday at an ISIL base in eastern Syria where hundreds of fighters had regrouped, killing 150 of them.

There are lots of question marks about this item. If the operation occurred Saturday, why are we hearing about it only now?

So here’s a guess. Buried in the Pentagon press release is the nugget that the US received intelligence about the terrorism summit in Shafa, Syria, from the Syrian Democratic Forces (SDF), a local Syrian anti-ISIL, pro-US militia. The core of the SDF is the Syrian Kurdish Peoples Protection Units (YPG), a leftist group.

In other words, the US is saying that the YPG is crucial to preventing ISIL from regrouping in eastern Syria and renewing its terrorist threats against Europe (the attacks on Paris were plotted from Raqqa in Syria).

That this announcement was made this way at this moment suggests to me that Secretary of Defense Jim Mattis ordered someone at the Pentagon to begin countering Turkish propaganda that its attack on the YPG Kurds in the western canton of Afrin along the Syrian-Turkish border is part of the war on terrorism. Likely the Shafa bombing raid was part of the US coalition’s routine in Syria, but it has been turned into a breathless front page news item by being highlighted by the Pentagon to the US press.

The US configures the YPG as an ally in the war on terrorism, since only its fighters were willing to do the heavy lifting against ISIL in Raqqa province, rolling it up as a territorial force in Syria.

Turkey sees the YPG, the paramilitary of the Syrian Kurdish Democratic Union Party, as an affiliate the the Kurdistan Workers Party (PKK), a Kurdish nationalist guerrilla group that has killed Turkish police and soldiers in eastern Anatolia.

Mattis, who is usually circumspect, openly slammed Turkey for its Afrin operation on Tuesday, complaining that it complicates the continued fight against ISIL in that country,and could help al-Qaeda and ISIL by disrupting people’s lives, creating grievances, and interfering with the return home of displaced people.

The US Pentagon in general is annoyed with Turkey for not having made a full court press against ISIL in 2014 and after. Both Turkey and the US wanted to see Bashar al-Assad overthrown and they generally supported the rural Syrian rebels, who were for the most part Syrian Muslim Brotherhood. Both of them turned a blind eye to ISIL in 2013-early 2014 in hopes that it would help bring down al-Assad.

But after ISIL took Mosul in June of 2014, the US decided to crush it and to make that a bigger priority than overthrowing al-Assad. Turkey never made that turn in policy and so increasingly diverged from Washington in Syria.

Now Washington and Ankara have completely different priorities. The US wants to continue to use the YPG to mop up ISIL, as with the Shafa airstrike and to make sure it does not reassert itself. Turkey wants to destroy the YPG.

Turkey could not attack the YPG in northeastern Syria where there are 1.5 million Kurds and 2000 US troops are embedded with them. But the isolated western canton of Afrin, with 500,000 Kurds, seemed to the Turks fair game, and, indeed, neither Russia nor the US is standing up for them. Turkey appears to hope to weaken the YPG by permanently preventing it from gaining access to the port of Latakia in the west of Syria, pushing its Kurds instead as refugees to the Jazira region in the northeast, where they will be isolated and have logistical difficulties.