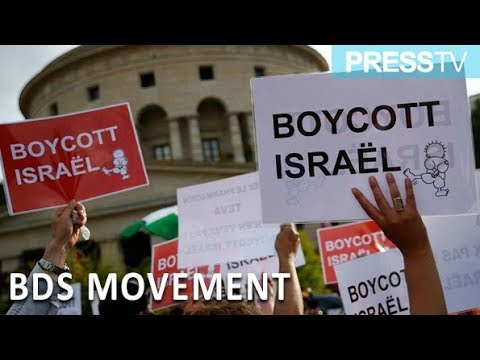 U.S., European, South African and Chilean branches of the Boycott, Divestment and Sanctions movement (BDS) also featured on the blacklist.

Israeli authorities, on Sunday, announced that members and representatives of 20 foreign nongovernmental organization are barred from entering the territory, noting the groups’ advocacy of boycotting the Israeli settler state over its occupation of Palestine.

According to Israeli newspaper Haaretz, holders of senior and important positions in the organizations will be blacklisted along with key activists and supporters of the Boycott, Divestment and Sanctions (BDS) movement which is attempting to pressure Tel Aviv into complying with international law regarding its expanding settlements and in its treatment of the Indigenous people of Palestine.

The list’s publication follows legislation from last March and will target groups from Europe, the United States, Chile and South Africa.

“In recent years calls to boycott Israel have been growing,” the Israeli Parliament or Knesset said on its website after the law was approved. “It seems this is a new front in the war against Israel, which until now the country had not prepared for properly.”

Rights groups criticized the law as “thought control” and noted that Israel also controls who enters the Palestinian territories apart from one border crossing between the Gaza Strip and Egypt.

“We have moved from defense to attack. The boycott organizations need to know that the state of Israel will act against them and will not allow them to enter its territory in order to harm its citizens,” Public Security and Strategic Affairs Minister Gilad Erdan wrote in a Hebrew-language statement.

Among the banned groups are the Paris-based Association France Palestine Solidarite, British charity War on Want and the American Friends Service Committee – a Nobel Peace Prize-winning U.S. Quaker organization that helped in assisting and rescuing victims of Nazi.

South African, French, Italian and Chilean branches of the Boycott, Divestment and Sanctions movement (BDS) also featured on the blacklist.

The statement from Erdan’s office said that the proscribed NGOs were “the main boycott organizations which operate consistently and continuously against the state of Israel, while putting pressure on organizations, institutions and countries to boycott Israel.”

It said that they employed “a false propaganda campaign aimed at undermining Israel’s legitimacy in the world.”

However, an overwhelming majority of countries around the world see the Israeli Jewish settlements as illegal and an obstacle to potential peace in the region, which would include granting Palestinians the right to access their ancestral lands.

At a meeting in Jerusalem on Sunday with Norwegian Foreign Minister Ine Eriksen Soreide, Israeli President Reuven Rivlin told her that the boycott movement did nothing for the cause of peace.

“I believe that BDS leads to increasing hatred,” his office quoted him as saying in English.

“It symbolizes all that stands in the way of dialogue, debate, and progress,” he added.

In November, Israel denied entry to a U.S. employee of Amnesty International as part of its anti-boycott offensive.

Amnesty and Israeli officials said at the time that Raed Jarrar, an advocacy director for the Middle East and North Africa at the rights group, was prevented from entering the occupied West Bank.

Jarrar was turned back by Israeli authorities at the land crossing between Jordan and the West Bank.

Israel sees the boycott movement as a strategic threat and accuses it of anti-Semitism – a claim activists deny, saying they want only to see an end to Israel’s occupation.