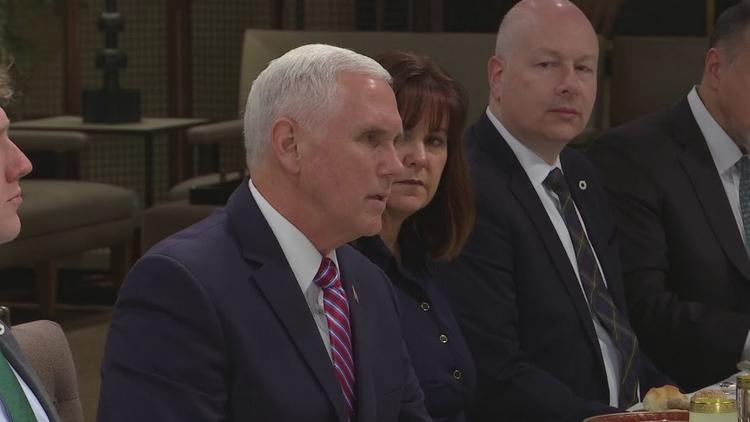 As a visiting student in Jerusalem I witnessed the 1956 Suez war against Egypt, the attempt by Israel, France and the U.K. to bring down Nasser and undermine the Algerian revolution. I heard then P.M. Ben Gurion declare to an excited crowd in Zion Square that Israel would never, ever, give up the Gaza Strip and Sinai Peninsula that it had gloriously conquered. Within months Eisenhower announced that Israel would in fact decidedly retreat from those occupied territories. Big Brother, had spoken definitively. The Suez debacle demonstrated that that there was only one way, the American way. (cf. M. Woollacott, After Suez . London 2006).

The disappointment of withdrawal from the territories soon faded. Israel felt freed by its military success, its army omnipotently able to insure its survival; territorial expansion had been fixed as a national goal. Ben Gurion believed that each generation would need to carry out preventive wars against their Arab neighbours, their perennial enemies. Peace was considered an impossibility: the Arabs, sorely defeated in 1948, had submitted again. Sinai and the Gaza Strip had returned to Egyptian control, until the next war.

The Sinai campaign of 1956 was the template for the 1967 War; in Woollacott’s phrase, “Israel took more and kept what it took”. That Israel always acts from strength and maintains the initiative, that it only makes concessions when its superiority is absolute, never on the defensive, became permanently rooted ideas. Military solutions would solve the state’s problems. Preemptive operations and preventive wars became policy. Moreover, the Suez alliance with France had brought the technology that would lead to Israel’s development of nuclear weapons, The fundamental deterrent. For the Israeli historian, B. Kimmerling, his society has always been militarized, the boundaries between military and political spheres blurred. It portrayed itself as if under siege, nurtured enmity against Arabs as a danger to the existence of the nation and to every Jewish-Israeli individually. (cf. Politicide . London 2006).

What of Jerusalem in all this, “the city palimpsest”, its layers beneath the surface? A century ago in the Great War, (after the Sykes-Picot Agreement and the Balfour Declaration promised Palestine to everyone), Allenby had conquered the city following four centuries of Ottoman rule. The British Mandate of Palestine was established, only to be abandoned in a generation to an inevitable war between its Arab and Jewish inhabitants.

The 1947 U.N. Partition Plan of two states, Israel and Palestine, called for a Corpus Separatum, a shared internationally administered territory of Jerusalem and Bethlehem. The plan, rejected by the Palestinians, was never applied. War followed. In its aftermath, ceasefire lines gave Western Jerusalem to the nascent state of Israel and Jerusalem East and Bethlehem to Jordan. It became a city divided by a no-man’s land, with Israel proceeding to annex Western Jerusalem and declare it its capital. A status quo was established, a city recognized neither internationally as part of Israel, nor of Jordan. Thus was determined U.S. policy on Jerusalem—70 years of neutrality. My son, born there, along with some 50,000 other Americans, has as place of birth in his passport, “Jerusalem Palestine (Israel held)”. That

policy— vague, indefinite— stood the test of time until the recent recognition of The City as part of Israel and its capital.

The 1967 War was to put East Jerusalem among the Occupied Palestinian Territories. Ben Gurion had been blamed for the ‘loss’ of East Jerusalem in 1948, “a cause for lamentation for generations” (cf. B. Morris, Righteous Victims . N.Y. 2001). Now conquered and occupied, its unilateral annexation was to be officially proclaimed as “The Reunified Capital of the State of Israel” by a 1980 Law of Jerusalem . Since 1967 the international community, including the U.S., have rejected as illegal Israel’s annexation of the city, the expansion of its boundaries, its physical and demographic transformations: Resolution 476 of the Security Council declared the annexation “null and void”: an occupying power hadn’t sovereignty in territory it occupied.

There have been few constraints on Israel’s policy of establishing “facts on the ground” in the occupied territories. But, President Trump’s declaration was the first political and jural recognition of Jerusalem as the capital of Israel. The pronouncement of Ambassador Haley in the U.N. that the Jerusalem decision is “the will of the American people” compounds that policy. Israel has received a ‘green light’ from the U.S., to pursue as it sees fit its colonization and annexations. Principles of the peace process for the establishment of a Palestinian state within the borders prior to 1967 with the capital in East Jerusalem are without substance. A headline in Haaretz put it bluntly:”Trump hasn’t killed the peace process, he just pronounced it dead;”

MIGHT MAKES RIGHT
In terms of domestic politics to which most explanations belong, President Trump has given a

hand to P.M. Natanyahu in crushing Palestinian statehood. Historical perspective and culture should also be taken into account. The regimes of Israel and the U.S. share a complicit principle of foreign policy, viz. “might makes right”, la raison du plus fort. It negates ‘human rights’, believes that “the victor gets the gold and the land every time” and “woe to the conquered”. The third pillar of Trump’s National Security Strategy is “Preserve peace through force”.

Colonialism, however inadmissible by and a flagrant violation of international law, is justified by both countries. That consequent to Trump’s annoucement, the Americans and the Israelis will have foreseen and discounted a “day of rage” among Palestinians and protests by Muslims, suggests a deeper provocation.

At stake is the perception of Iran as the source of instability in the Middle East. Israel considers Iran a mortal enemy, an existential danger. A perception shared by Washington. This tension and friction, as the Crisis Group, has argued, make the U.S. and Israel determined “to cut Iran down to size”. Interconnecting crises may well increase the possibility, intentionally or inadvertently, of confrontation.

That some of the states in the region may participate in the Israeli-American alliance and that the Palestinian cause may be used as a pawn by others simply point to the fact that the states in question, including Israel and, indeed, the Palestinian Occupied Territories, have quite specific social-political structures and strategies. These should be understood rather than the myths of peoplehood. Moreover, the fears and security needs of Palestinians and Israelis should not be placed on an equal balance.

In 2007 Stephane Hessel wrote in The Nation on “Israel’s Choice”: ”Today I loudly cry, Beware”. Now ten years beyond his providential essay Time for Outrage (Indignez-vous , 2010) — and a half century of Israel as a colonial settler state— is there any possible solution for the outraged who desire peace? Can/will they ‘stand up for their rights’— Israelis and Palestinians together and with the support of others in the international community?

Kenneth Brown is founding editor of Mediterraneans/Mediterraneenes , former professor of anthropology, University of Manchester, U.K., author with Jean Mohr of “Journey Through a Labyrinthe: Israel/Palestine, a Photographic Essay ” in Visual Anthropolog y 1982