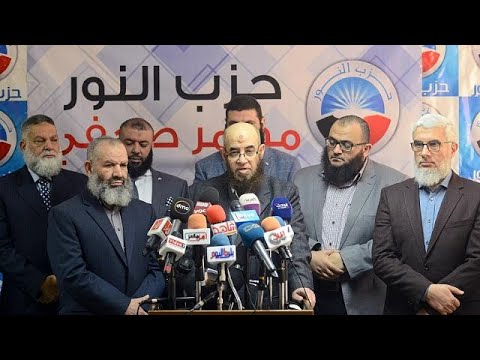 Speaking at a press conference held at the opposition Dignity Party headquarters in the capital Cairo, Sabahi called for the formation of a “unified coalition” to boycott the elections.

“These are not elections; there are no guarantees, no candidates, and no freedoms,” Sabahi said, adding: “There can be no elections without candidates and without guarantees.”

The former 2014 presidential candidate described the elections as a “farce and absurdity.”

Sabahy, who finished a distant second behind the Egyptian President Abdel Fattah Al-Sisi in the 2014 presidential election, called on other pro-democracy groups to join the coalition. “Come and let us stand together,” he said

The press conference was attended by representatives from various Egyptian political parties, including the leftist Egyptian Social Democratic party, Constitution Party, the Dignity Party, the Socialist Popular Alliance Party, the Freedom Party and the leftist under-construction Bread and Freedom Party.

The parties said that their young members came up with the slogan “stay home” for the boycotting campaign.

After a string of would-be challengers were arrested, forced out or quit the race, the prospect of a virtual referendum — not unlike those held by autocratic rulers in the past — had clouded the election.

On Monday, a little known politician and a staunch supporter, Moussa Mustafa Moussa, submitted his documents Monday, just minutes before the election commission’s deadline. Moussa is the leader of the Ghad, or Tomorrow, party, which does not have a single seat in parliament.

The country’s national election authority, independent judicial body which regulates the electoral process, said yesterday that both Al-Sisi and Moussa had met the requirements and declared them official candidates.