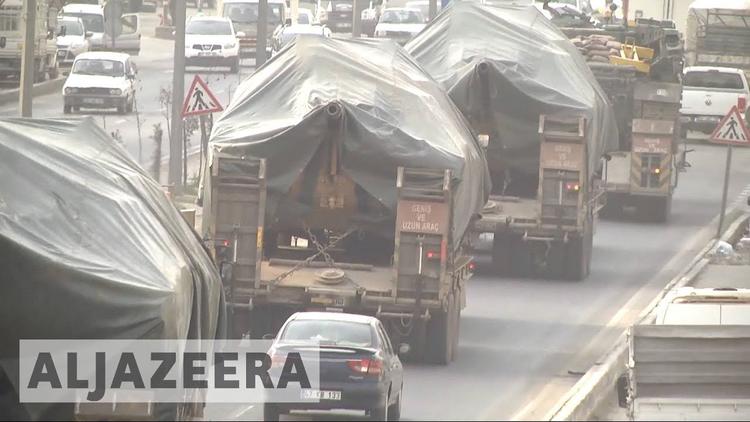 Iranian President Hassan Rouhani said on Tuesday a new US-backed, 30,000-strong force inside Syria constituted a breach of international law and Syrian sovereignty, joining Syria, Turkey and Russia in a vehement rebuke of the plan.

On Sunday, the US-led coalition said it was working with its Syrian militia allies, the mainly Kurdish-led Syrian Democratic Forces (SDF), to set up a force that would operate along the borders with Turkey and Iraq, as well as within Syria.

Syrian President Bashar al-Assad responded by vowing to crush the new force and drive US troops from Syria. Strong Syria ally Russia called the plans a plot to dismember Syria and place part of it under US control, and Turkey described the force as a “terror army.”

“The new plan that the Americans have in mind for Syria is a violation of international laws and a plot against sovereignty and security of Syria and region,” Rouhani was quoted by state media as saying during a meeting with the speaker of the Syrian parliament Hammouda Youssef Sabbagh.

Sabbagh was in Tehran for a conference of parliamentary speakers.

Iranian Foreign Ministry spokesman Bahram Qasemi said earlier on Tuesday that the planned US-backed force inside Syria would “fan the flames of war” and raise tensions.

“The US announcement of a new border force in Syria is an obvious interference in the internal affairs of this country,” Qasemi was quoted as saying by state news agency IRNA.

Qasemi urged all US forces to leave Syria immediately.

The United States is at the head of an international coalition using air strikes and special forces troops to aid fighters on the ground battling Islamic State militants in Syria since 2014. It has about 2,000 troops on the ground in Syria.