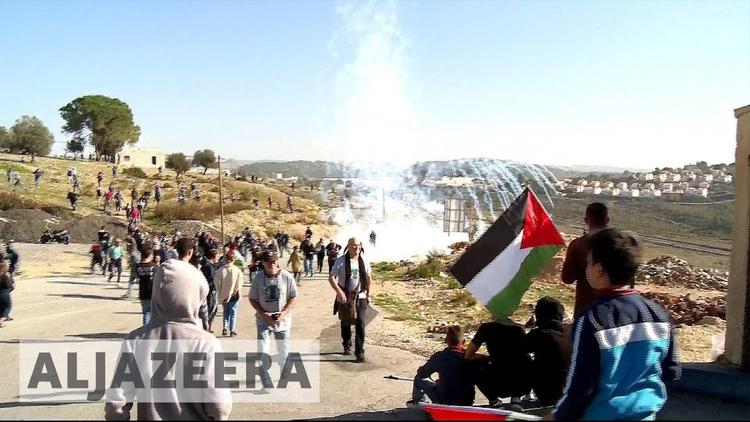 On Monday, an Israeli military court will decide whether to release 16-year-old Ahed Tamimi on bail or keep her in jail until the end of her trial. She has become a symbol of Palestinian resistance, and some Israeli politicians have called for her to be harshly punished. But the military court should base its decision on one criterion: whether the further detention of Ahed Tamimi, a child, is necessary as a measure of last resort, the standard international law requires.

It all began on December 15, 2017, at a protest in the West Bank village of Nabi Saleh against US President Trump’s recognition of Jerusalem as Israel’s capital. During the protest, a soldier fired a rubber-coated bullet that severely injured Ahed’s 15-year-old cousin; when Ahed learned of the boy’s shooting she began to push and slap two soldiers who had entered her yard. A video showing the incident went viral. Border police arrested Ahed on December 19 – in the middle of the night, the usual means by which the military arrests Palestinian children.

The reasons to grant bail are straightforward. Ahed has never been indicted before, and hardly poses a serious security or flight risk. A military judge has already released from detention her 20-year-old cousin, Noor, who was also present during the altercation and is seen pushing the soldiers, and was also charged with aggravated assault. Displaying appropriate restraint, the two soldiers in the video did not arrest or even use much force to stop them. The civil courts deny bail to Israeli children in only 18 percent of cases.

But Israeli officials and politicians seem to want to make an example of Ahed, Nour, and Ahed’s mother, Nariman, who also faces charges. “They should finish their lives in prison,” said Naftali Bennett, Israel’s education minister. Defense Minister Avigdor Lieberman called for “severe” punishment of Ahed and her family, “to serve as a deterrent,” and banned 20 members of her family from visiting her in detention in Israel, where she was unlawfully transferred from occupied territory.

Unlike the leniency often shown to settlers – even those who slap Israeli soldiers – the prosecution is throwing the book at the girl, whose indictment includes a dozen counts of assault, incitement, interference with soldiers, and stone-throwing in incidents since April 1, 2016.

And unlike Israeli civilian courts’ treatment of Israelis, military courts in the West Bank deny bail in 70 percent of cases involving Palestinian children. A 2013 UNICEF report found that almost all children plead guilty to reduce the length of pretrial detention, because doing so, “is the quickest way to be released,” from a system that typically denies children access to a lawyer or the presence of their parent during coercive interrogations and, “does not allow children to defend themselves.” Considering that the military prosecutor plans to summon 18 witnesses, mostly soldiers, Ahed’s trial could take months.

Issuing a well-reasoned decision on bail won’t fix the discrimination and ill-treatment of children in Israel’s military justice system. But it will at least demonstrate a willingness to abide by the law that should govern one part of that system.