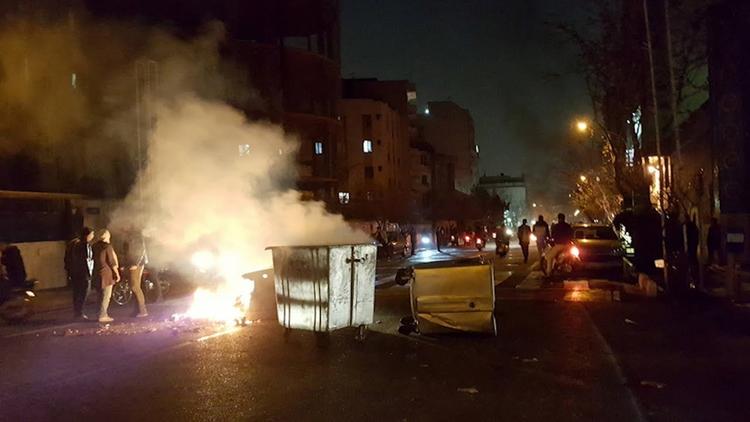 The week-long protests in Iran, starting on December 29, have gradually died down. The Iranian government as well as the international community was caught by surprise, since the protests erupted suddenly, in a rather disorganized and leaderless fashion, in contrast to the 2009 Green Movement, and also petered out leaving behind no specific agenda or time-frame to follow up.

There are big confusions about the outbreak of the short-lived protests. President Trump and the American press, in particular, portrayed the protests as anti-regime protests, attempts to overthrow the Islamic establishment in Tehran. Differently, many analysts have found social and economic inequalities, rising unemployment, elite corruption and inflation as prime reasons leading to the protests – indisputable reasons behind most social and political uprisings around the globe.

But the POTUS got it wrong, so did the parochial American press. The Iranian people know quite well that their economic hardships are largely or partially due to American economic sanctions and the Trump regime, in its first year, has imposed a series of new sanctions to suffocate the Iranian economy even after the signing of the July 2015 nuclear deal by the previous Obama administration. The sanctions are multiplying Iran’s economic ills and depriving young Iranians of economic fortunes. On top of that, Trump has also refused to recertify the nuclear deal. That Trump’s unexpected burst of sympathy for the freedoms of the Iranians, his open support for the protesters has hidden goals is clear to everyone – Iranian or non-Iranian. And nobody in the Middle East has forgot the terrible fact that former president George W. Bush’s rhetoric for the freedoms of the Iraqis and false accusations against the Saddam regime, in the run up to the March 2003 invasion of Iraq, tragically resulted in the killing, maiming and injuries of a million Iraqis. That constituted clear war crimes and crimes against humanity but neither Bush nor his British accomplice Tony Blair was ever brought to justice.

Quite understandably, the recent waves of protests, more confined to smaller cities and towns, were driven by socio-economic frustrations of the underclass Iranians, while intra-elite fighting for power and resources added the initial fuel to it. Unemployment, rising living costs and inflation are big economic problems in Iran, so is the case in other Middle Eastern countries experiencing violent Arab Spring. In a sense, the Iranian protests are linked to the global protests against economic inequalities and injustices, so vividly highlighted by the ‘Occupy Wall Street’ movement in the US. The American police used excessive force, arrests and detentions to dislodge the movement activists in New York City and other places; the Iranian police and paramilitary forces have put down the protests in a similar way, though huge pro-government rallies in big cities quickly disheartened and scared away the protesters. But the problem of inequalities and injustices continues unmitigated with high risks of more violent protests in the future. This is not definitely the end of the story, just another wake-up call.

Elite infighting – conservatives versus reformists – for power and resources sparked the protests in Iran this time, a recurring feature of Iran’s post-1979 national politics. The latest national budget President Rouhani has presented to the parliament proposes spending cuts for the conservative religious establishments, increase in fuel prices, and reductions of cash hand-outs to poor Iranians, a policy former President Mahmoud Ahmadinejad introduced to ensure distributive justice. The conservative religious institutions, particularly the Council of Guardians – a constitutional body which vets candidates for national elections and can veto laws passed by the parliament, refused to approve the budget unless their financial allocations were increased. Their anger against reformist Rouhani had its first outbursts in Mashad – Iran’s second largest but conservatives-dominated city. The poor and disgruntled Iranians simply jumped into the fray to force the government to take note of their miserable economic plight.

The conservatives were the first to ignite the protests; they were also the first to withdraw from the protests, once the protest movements quickly spread across the country posing threats to the very post-1979 conservative power structure of Iran. That killed the initial momentum of the protests. The Rouhani government and Supreme Leader Ayatollah Ali Khamenei have pointed the finger at foreign interference, apparently in reactions to President Trump’s multiple tweets supporting or inciting violence to destabilize the government. There is hardly any convincing evidence that prove foreign machinations behind the protests, though a handful of Iranian Kurdish militant groups have supported the protesters. Trump’s tweets look more like a political and diplomatic ploy to divert attention from violence in Palestine caused by his decision to recognize Jerusalem as the capital city of Israel. Iran’s recent successes in Iraq and Syria may have also angered Trump beyond a tolerable limit.

Clearly, the protests had no chance to succeed, primarily because they were manifestations of intra-elite conflicts, not largescale mass uprisings against the government supported by powerful internal groups. If history is of any witness, political movements in Iran succeed only when they build on mass anger against foreign powers and undue foreign interference in Iranian affairs. The best examples are the 1891 anti-British tobacco movement, the anti-American and anti-British nationalist movements of the late 1940s and early 1950s concerning Iran’s oil resources, and the monumental anti-American and pro-Islamic movements leading to the 1979 revolution. The latest protests had no foreign element involved; it was directed against the government but hardly was there any blueprint to dislodge the government.

Accept it or not, the Iranian political and economic systems, despite their shortcomings, are much more representative than many countries in the Middle East. That explains why the Arab Spring did not touch down on Iran, while the neighboring undemocratic countries had to use force to contain mass protests or bribe their peoples to stay calm. In Iran, there has been an elected parliament without disruptions since 1979, the president is regularly and periodically elected by the people, and the members of the Assembly of Experts, a body responsible for selecting the Supreme Leader and overseeing his activities, are also directly elected by the Iranian voters. So, channels of vetting angers and protests are there and the government also recognizes the constitutionally guaranteed rights of the Iranians to protest peacefully.

It is the democratic practices that undercut the potential of massive popular movements to oust elected governments in Iran – conservative or reformist. Needless to say, it is useless to dream of an overthrow of the Islamic establishment in Iran someday in the future. Both the conservatives and the reformists equally believe in the fundamental ideals and objectives of the 1979 revolution – maintaining and strengthening Iran’s independent voice in a US-dominated world. And the Iranians are very unlikely to be fooled by President Trump and his cohorts.