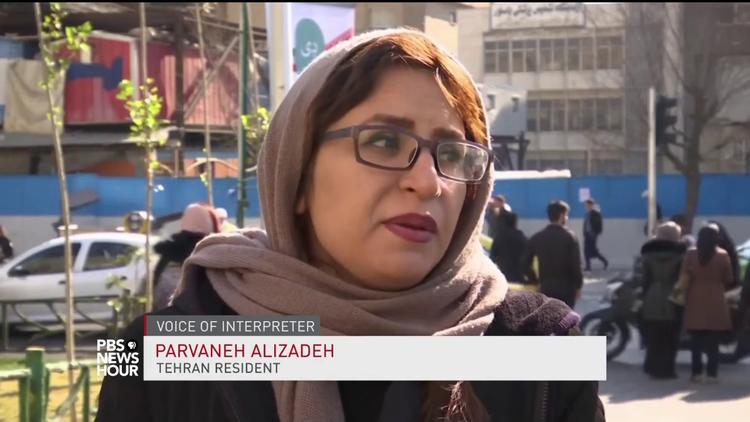 During the past week, dozens of Iran’s cities were the scene of political uprisings. The chain of protest started in the city of Mashhad and rapidly spread across the country. By the end ofthe fifth day the death toll caused by the surging violence rose to more than twenty. Since the post-2009-Presidential-Electionuprising, Iran had not witnessed a confrontation between the government and opposition at this scale.

The current uprising, however, is distinguished form the previous one by its abruptness, speed of expansion and lack of a coherent leadership. Perhaps the least bewildering part is theunderlying causes of the uprising. There is a broad agreementamong observers that the recent wave of protest is a manifestation of Iranians’ economic woes. Iranian economy has been suffering from chronic ills. According to the official datareleased by Iran’s Central Bank, the household income of anaverage Iranian family has declined by fifteen percent over the past decade. For half of this period (2009 -2014), the Iranian economy experienced an average growth rate of zero percent.

However, the irony is that the unrest engulfed the country at a time when the economy was experiencing a rebound. In the past two years, economic indicators, such as GPD Per Capita and consumption power, were showing signs of improvement. According to the IMF, in 2016, Iran’s economy grew by twelve percent while the inflation rate dropped below ten percent for the first time since 1990. So, why would Iranians take to the streets to express their economic frustration at a time of economic recovery?

To uncover the roots of Iranians’ anger we do not need to look faraway. Only two years ago, Iranians jubilantly celebrated the agreement between Iran and the 5P+1. The nuclear deal and the subsequent removal of sanctions were seen by many Iranians as the harbingers of a better future. This overarching sense of optimism was not necessarily misplaced. The removal of sanctions was supposed to add one million barrels a day to Iran’s oil exports and pave the way for the arrival of foreign capital.

Nevertheless, aspirations of Iranian society seem to have been dashed during the past year. First, the turnabout in the US’s policy toward Iran and the dismay caused by President Trump’s negative approach toward the deal dissipated hopes and “expected opportunities” of many Iranians. Second, in the past few weeks, a salvo of vexing news about the imminent increase in the price of essential goods aggravated Iranians even further. What added insult to the injury was the release of the next year budget by Mr. Rouhani that included a significant increase in theappropriation of religious institutions.

To put it briefly, an economically distressed society that hadlong waited for a major improvement in its conditions failed to achieve what is was looking for. It is indeed the disappointment felt by Iranians and not the short term and objective economic changes that supplied the main ingredient for the current round of uprising. In fact, what transpired in the past few days in Iran resonates well with the so-called “

But, economic factors only suffice for writing part of the storyand fail to capture the full picture. One puzzling aspect of political uprisings which is often missed by economic explanations is the beginning of the unrest. The problem with purely economic explanations is the reality that grievance and sense of deprivation are common in many societies while uprisings are rare phenomena. In different words, economic grievances hardly result in spontaneous mobilization andcollective action of individuals at this scale.

Beyond shared complaints, mobilization requires resourceful individuals, or so-called political entrepreneurs, to initiate the process. Although it is too early to make any substantive claim about the onset of the protests in Iran, it seems that three groupshave played a more prominent role in instigating the unrest and igniting the first spark.

The first group is the hardline critics of the President Rouhani. Several government officials, including the Vice President, have suggested that the demonstration in Mashhad that hurled the country into turmoil was orchestrated by hardline opponents of Mr. Rouhani.

Beside the first group, it seems that the former president,Mahmoud Ahmadinejad, and his close circle might also havehad their finger in the pie. During the past few weeks, Ahmadinejad and his coterie were incessantly tapping into simmering grievances and were trying to provoke public anger by alluding to widespread corruption in the entire politicalsystem .

The third group were those who lost their deposits in bankrupt banks and pension funds. For the past few months, groups of anguished individuals came together in a series of scattered and small-scale public gatherings and pressed all three branches of government to recover their hard earned savings, embezzled by a number of financial institutions. These benign gatherings seem to have worked as a rehearsal for the current uprising by creating a repertoire of actions and slogans.

Alongside its beginning, the rapid expansion of the uprising across the country is also curious. How could a relatively small uprising in the Eastern part of the country travel so quickly to the far-flung cities in the west? The reality is that in countries with closed political systems like Iran, rapid snowballing of protest is not unusual. The collapse of Communist regimes and the spread of uprisings during the Arab Spring both happened in similarly swift and unpredictable fashion. Under these types of regimes, citizens tend to disguise and falsify their true political preferences in public. Therefore, the outbreak of political unrest is usually unanticipated as the government and the rest ofdisgruntled citizens tend to underestimate the pervasiveness of discontent. However, sometimes a single event can function as a catalyst and let the genie out of the bottle by informing resentfulcitizens in other places about the ubiquity of their sentiments. In Iran, the Mashhad uprising seemed to have been the shot that drew attention to “emperor’s new clothes”, the incident that alerted other citizens of the pervasiveness of their discontent.

Finally, the question is whether the new wave of uprising will continue or fizzle out? Based on the past experiences, it looks like that the endurance of this type of political movements mostly depends on the reaction of security forces. In countrieslike Iran where security forces have their roots in war and revolution and also lack a corporate identity independent from the regime, the response to uprisings tends to be harsh and decisive. Iran’s history in the past two decades itself provides informative examples about how security forces with vested interest in the status-quo treat their opponents. The previous rounds of mass uprisings that took place in 1999 and 2009 were mercilessly quashed at the hands of the state’s coercive apparatus.