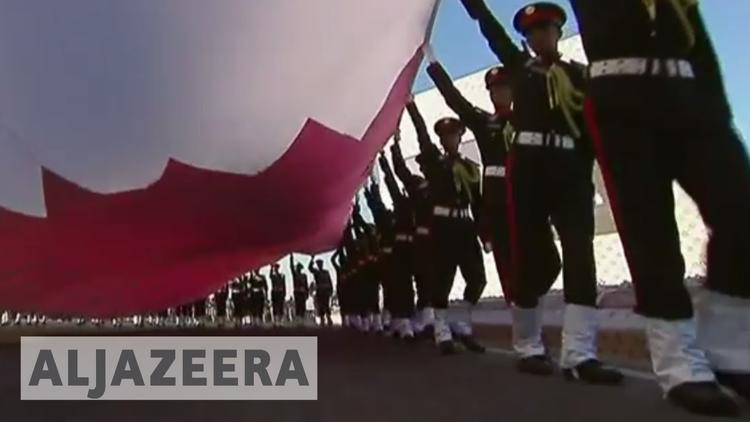 Michael Wolff in his new book Fire and Fury makes a number of allegations about Trump’s role in the Gulf crisis that, if true, help explain the mess in that part of the Middle East.

Wolff asserts that Trump and his then inner circle–Jared Kushner, Steve Bannon, Gary Cohn, Hope Hicks, etc.–hoped the mid-May foreign policy jaunt would change the conversation in Washington, DC, about Trump’s having fired FBI director James Comey and about the investigation of special counsel Robert Mueller. So the first thing to say is that the whole trip and the announcements around it were for the purpose of hype.

In ancient Greece, Bion of Borysthenes observed that “Boys throw stones at frogs in sport, but the frogs die in earnest.” Trump and his cronies glibly unleashed a massive crisis in Gulf affairs that will have long term downstream effects, all in hopes of a week or two of positive headlines.

Trump was convinced that his son-in-law and Middle East plenipotentiary, Jared Kushner, had gotten the Arab world on the side of the US and that his administration was on the cusp of a huge breakthrough in the Israeli-Palestinian conflict.

His team was concerned that the geriatric, cautious, Saudi establishment was not up to the challenges of the 21st century. Jared had met with Muhammad bin Salman, the son of King Salman and minister of defense, and was pleasantly surprised at how quickly the two became fast friends. It was, he is alleged to have remarked, like meeting someone nice on the first day in boarding school. (The bourgeois assumptions behind that remark are worth a book.)

Muhammad bin Salman is an insular and largely uneducated young prince in his early thirties known for his recklessness, love of conflict and bullying style of regional politics. So of course the Trumpies fell head over heels in love with him.

Trump misunderstood what was being offered by the Saudis. They had made a vague commitment in the Obama era to buy some US military weaponry, to the tune of tens of billions of dollars. They recycled this pledge for Trump, specifying $110 bn. Most of it was not a new commitment. Trump, on whom the Wizard of Oz has nothing, hyped this old pledge into hundreds of billions in new investments in the US and was sure that the Saudis all by themselves could in this way jumpstart the US manufacturing sector. While Saudi Arabia is heavily invested in the US stock market and in US real estate, and while it helps keep Boeing, Lockheed Martin and a whole phalanx of Washington fixers in business, that they are interested in more US F-18s is not new news and was not a game changer in the way Trump understood it.

Trump also seems to have been under the impression, perhaps given to him by Muhammad bin Salman, that Saudi Arabia would offer the US a new air force base, replacing the al-Udeid Base in Qatar, where some 11,000 US personnel are stationed, and which has been crucial for the fight against ISIL in Iraq and Afghanistan. Al-Udeid will be even more important if Trump roils relations with Pakistan to the point where the latter cuts back on US basing rights for Afghanistan bombing raids.

Saudi Arabia does not have the slightest intention of giving the US a military base. It leased Prince Sultan air base to the US during the Clinton era for policing the Gulf War aftermath and no fly zones in Iraq, and that was one of the bases on which al-Qaeda’s Usama Bin Laden said he launched the 9/11 attacks on New York and Washington, DC, which left almost 3,000 dead. It isn’t true historically, but fundamentalist Muslims believe that early Muslim holy figures banned non-Muslims from the Muslim holy land around Mecca and Medina, and Bin Laden et al. interpreted it as a ban on foreign troops anywhere in Saudi Arabia, which rules over the holy cities.

So then Trump accepted the Saudi line that Saudi Arabia is uninvolved in Muslim terrorism, but that Qatar is. This proposition is bizarre. I have argued that it is inaccurate to associate the Saudi state with terrorism, since it was at daggers drawn with al-Qaeda. The argument that it spreads terrorism indirectly by spreading its intolerant and bigoted interpretation of Wahhabi Islam is also hard to prove, since most acts of terrorism in the Middle East have not been carried out by Wahhabis but by Sunnis. Terrorism is a weapon of the weak, and people deploy it when they feel oppressed and blocked and want to break out of some intolerable situation. How they frame the world (why they see a situation as intolerable) is important, but only part of the picture.

Qatar has been an important US ally in the fight against terrorism. Not only has al-Udeid base (once commanded by current US Secretary of Defense James Mattis) been absolutely crucial, but Qatar helped capture al-Qaeda’s mastermind Khalid Sheikh Muhammad and operative Ramzi Bin al-Shibh.

The Saudis mean, when they charge Qatar with supporting terrorism, that many in the Qatari government are sympathetic to the Muslim Brotherhood (which used to be supported by Saudi Arabia before the early 2000s). The Muslim Brotherhood is not a terrorist organization. It ran for office peacefully in Egypt before being massively repressed. The Saudis and the Egyptians just don’t like it, so they brand it terrorism. The Muslim Brotherhood is right wing and religious, but not opposed to democracy, and has parallels to the Christian Dominionism of US Vice President Mike Pence, who also probably is not a terrorist. For Trump of all people to equate support for the religious Right with terrorism is rich.

So Trump appears to have given a green light to Muhammad Bin Salman last May to do two things: to make a soft coup against Crown Prince Muhammad bin Nayef and to launch a campaign to isolate and perhaps overthrow Qatar.

After Trump’s visit, on 21 June 2017, King Salman removed Bin Nayef from all his positions. Muhammad Bin Salman became the crown prince. Wolff said Trump exulted that June that he had made a coup in Saudi Arabia and put his own man in charge. But this soft coup had been predicted in late 2016 by German intelligence and was long in train. Trump at most gave it his imprimatur.

But the Saudis were emboldened. On June 5, 2017, they severed diplomatic relations with Qatar and put it under boycott. Qatar is a small country and a peninsula that juts into the Gulf, surrounded on land by Saudi Arabia. There are roughly 300,000 Qatari citizens and a guest worker population that brings the total to 3 million. Saudi Arabia probably has a citizen population of 20 million (they exaggerate it) and a guest worker population of 6-8 million. Saudi Arabia initially apparently planned an invasion of Qatar and overthrow of its emir in favor of a puppet from an alienated branch of the ruling family, sort of along the lines of its war on Yemen. But the Turkish parliament voted to allow troops to be sent to Qatar, and that move put the brakes on any Saudi invasion plans.

In the end, Saudi Arabia, the United Arab Emirates, Bahrain and Egypt imposed an economic and travel boycott on Qatar, which is probably illegal by the rules of the World Trade Organization. They also cut off Qatar Air from air traffic control, which is certainly illegal. (Qatar Air has survived nicely but had to fly over Iran, Iraq and Turkey). After initial concern about the loss of trucked in food imports via Saudi highways, Qatar replaced them with goods shipped from Iran or Iraq by sea or brought in by plane. Prices went up a little for some things but the situation has normalized.

This naked power grab on the part of Saudi Arabia has likely destroyed the budding Gulf Cooperation Council (that groups Saudi Arabia, Bahrain, Oman, Kuwait and Qatar), which aimed at being sort of like the European Union plus NATO for the small Gulf Arab oil monarchies. Some of its rationale was to resist Iranian hegemony, so breaking it up helps Iran. Iran has correct relations with Qatar, and stepped in to help offset the Saudi boycott.

To any extent that Trump encouraged the rash Saudi move, he helped further fragment politics in the region. Secretary of State Rex Tillerson and SecDef Mattis clearly did not approve and have tried behind the scenes to undermine Trump policy in this regard.

So to conclude: Trump did not get hundreds of billions in new investments in the US from Saudi Arabia. He did manage to put in an erratic and aggressive crown prince in Riyadh, helping destabilize the region in ways Iran will take advantage of. The other corner of Wolff’s reporting on the May trip, that Trump thought it was a prelude to Peace in Our Time in Israel-Palestine, is too complex to take on here but that was also obviously a scam.