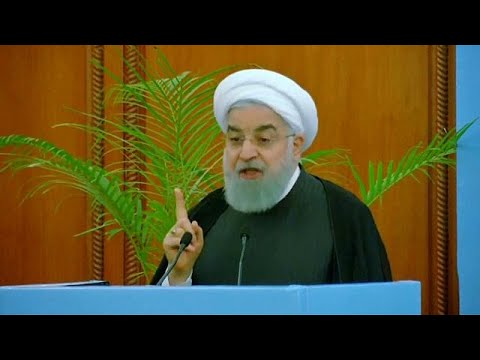 The domestic critics of the Iran deal and its Republican misanthropists in the United States are making a similar mistake.

The Joint Comprehensive Plan of Action, also known as the Iran Deal, is a UN-endorsed agreement that caps Iran’s nuclear activities, subjects them to the full safeguards of the International Atomic Energy Agency (IAEA) and introduces a framework for the easing and removal of economic sanctions against the country.

Iran deal is an agreement that can be safely considered the outcome of almost two years of relentless diplomacy between the government of President Hassan Rouhani and the major world powers: five permanent members of the United Nations Security Council (U.S., Russia, France, China and Britain), Germany, the European Union and other relevant bodies within the UN such as the IAEA.

The former Iranian President Mahmoud Ahmadinejad’s resistance to interaction with the international community and his failure to uphold the genuine “rights” of the Iranian people, which lied in the prudent and reasonable settlement of the nuclear controversy, instead of prolonging it on idealistic and utopian grounds meant that he was geared up for embracing new challenges.

However, Ahmadinejad subscribed to those challenges while ignoring that the ordinary Iranian citizens will eventually pay the price. As a result, his successor started a new effort to almost undo what he did in eight years of mismanagement and misconduct.

This 159-page document is the product of literally thousands of hours of negotiation, heated debate, failed and successful conversations, shouts and yells, frowns and hidden smiles and a collective effort to establish a few basic but important things: that Iran will forget about its nuclear “ambitions”; that power comes from realism in foreign policy decision-making; that Iran will enjoy the benefits of reconnection to the global economy; that it will gain access to more than $100 billion of its frozen assets abroad and that its economy will be overhauled.

However, the Iran deal, although being operational and effective, is being derailed by critics, who are mostly devil’s advocates trying to cast its efficacy and value into doubt unduly.

The domestic critics of the Iran deal in Tehran are the “unworldly” ultra-conservatives who since the beginning of multilateral negotiations between Iran and the P5+1, and especially following the active participation of the United States in the talks, behaved immaturely and tossed ideology at a diplomatic process that was meant to solve a technical difficulty between a group of nations.

These conservatives, who literally dominate the entire media apparatus of the country and the parliament, criticized the JCPOA and its outcomes so elementarily that even Iran’s ability to buy new aircrafts for its ageing, suffering aviation fleet was disparaged by them. Their argument was that Iran should develop its own aircrafts or spend its money on better things than investment on modern jetliners, which would be misguided! And as time goes by, the folly of their arguments becomes clearer.

1,783 passengers have died in 96 fatal air accidents since 1979 in flights operated by Iranian airliners

Iran, a country of 85 million people, has 15 airliners with planes that fly only 45 international flight routes. The country’s main international airport in Tehran served only about 7.5 million international passengers in 2016, which in turn underlines Iran’s disconsolate tourism industry. The exigency of the renovation of the country’s air fleet is an open secret and sadly, Iran Air, the national flag carrier airline, has a fleet consisting of merely 39 aircrafts as of February 2018. An airline of comparative regional significance is Turkish Airlines, whose fleet consists of 328 planes flying to 120 countries.

But these figures don’t reflect the reality of Iran’s struggling aviation industry.

What reflects that reality is the air tragedies that take place from time to time, claiming lives and adding to the statistics of civilians killed in air accidents following the 1979 revolution, including the recent Aseman Airline plane crash in which 65 passengers and one crew member died while en route from the capital Tehran to Yasuj. Aviation Safety Network figures show 1,783 passengers have died in 96 fatal air accidents since 1979 in flights operated by Iranian airliners.

And those “conservatives” who criticise the Iran deal don’t necessarily relate to the pain and anguish of families who lose dear ones in such accidents, because Iranian airliners cannot buy new planes and ensure their passengers fly safely due to the existing sanctions or the outstanding effects of the sanctions. And the same conservatives consider the sanctions the fruit of Iran’s resistance against the hegemonic powers, so in that sense, loss of life and national resources doesn’t raise eyebrows – ideological ramifications normally override national interests in such cases.

The Iranian people are normally the losers in such power struggles

And the foreign detractors of the Iran deal are people who rise to power in places as the White House and come up with overnight proposals that don’t necessarily contribute to any good, including President Trump’s idea that the deal should be de-certified.

The unilateral withdrawal of the United States from the nuclear deal means “generating” tensions with the European Union, further complication of relations with Iran and consequences for the Iranian people who normally emerge as losers in such power struggles.

The U.S. President has recently waived another batch of sanctions against Iran, as required by what was agreed in Vienna in July 2015, but has warned Europe, and primarily the UK, Germany and France to fix “disastrous flaws” in the agreement or he will terminate the U.S. part in it.

Undermining the JCPOA means chipping away at an internationally-recognised agreement that is helping with the realisation of many important goals: nuclear non-proliferation, safety and economic prosperity for a nation trying to rise from the ashes of embargoes initially instructed by President Jimmy Carter in the 1980s, followed by the crippling nuclear sanctions imposed in the early 2000s and some hopes for more civilised and respectful relationships between Iran and the outside world.

The domestic critics of the Iran deal and its Republican misanthropists in the United States are making a similar mistake: they are paving the way for the introduction or reproduction of enmities that are long overdue and are also demonstrating in clear terms that they are suffering intellectually.

Don’t miss our newsletter with the most relevant articles of the week, hand­-picked by our head editor; alongside videos and special features

Kourosh Ziabari is studying International Multimedia Journalism at the University of Kent’s Centre for Journalism. He is a 2016–17 Chevening Scholar from Iran. He has won several awards at Iran’s National Press Festival. He is the recipient of a Senior Journalists Seminar 2015 fellowship from the East-West Center in Hawaii and covered the World Forum for Democracy 2016 in Strasbourg on a fellowship by the Council of Europe. Kouro​sh​ writes for Fair Observer and International Policy Digest on Iranian politics and culture​ and also contributes to the Gateway House: Indian Council on Global Relations. Follow him on Twitter: @KZiabari.

This article is published under a Creative Commons Attribution-NonCommercial 4.0 International licence. If you have any queries about republishing please contact us. Please check individual images for licensing details.