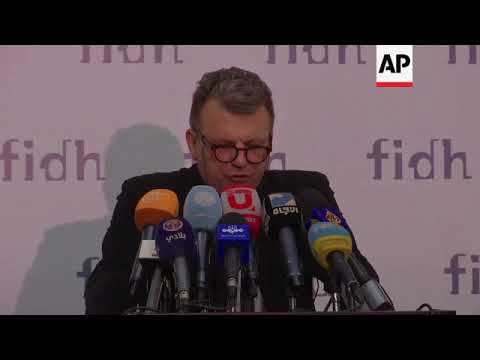 (Beirut) – Bahraini authorities have deported eight stateless Bahrainis, whom they had previously stripped of their citizenship, since January 29, 2018, Human Rights Watch said today. The deportations followed an appeals court decision to uphold a 2012 ruling that ordered the deportation and stripping of citizenship of nine Bahraini nationals for “damaging state security.”

“Bahraini authorities have dropped all pretense of pluralism and tolerance for dissent and are clearly stripping away the citizenships of people whom they find undesirable,” said Sarah Leah Whitson, Middle East director at Human Right Watch.

On January 24, the First High Court of Appeal upheld a November 7, 2012 ruling to strip citizenship from the nine people and to deport them, according to a news report citing their lawyer.

Authorities deported four of them to Najaf, Iraq – two brothers, Ibrahim and Ismail Darwish, on January 29, and Adnan Kamal and Habib Darwish on January 30, a human rights activist in Bahrain told Human Rights Watch. Due to concerns for their safety, the human rights activist requested to remain anonymous. Bahrain deported another four to Najaf on February 1: Abdulnabi al-Mosawi; his wife, Maryam Ibrahim; and his two brothers, Mohamed al-Mosawi and Abdulamir al-Mosawi. The ninth person, Adnan Ahmed Ali, was not in Bahrain when the judgment was delivered. The human rights activist said that Ali had agreed to voluntarily leave Bahrain for Iran some years ago.

These nine people were part of a larger group of 31 people, including opposition political activists, lawyers, and rights activists, whose citizenship an Interior Ministry decree revoked on November 7, 2012. The ministry based its decision on Article 10 (3) of the Bahraini Citizenship Act of 1963, claiming the 31 were “damaging the security of the state.” Only 18 of the 31 were in Bahrain at the time. Only an estimated five had dual citizenship, leaving the majority affected by the 2012 decision stateless.

The activist also told Human Rights Watch that the High Appeal Civil Court had moved up a session to consider the group’s appeals from December 31, 2017, to October 26 without informing the legal teams. Though the lawyers were not at the hearing and had no opportunity to present their cases, the court refused to rescind the order. The court action deprived the 31 people of their chance to exhaust all legal means to challenge the charges against them, the activist said. The Appeals Court used this decision in its ruling to uphold the deportation orders for the nine members of the group.

Since 2012, Bahrain’s courts have on several occasions issued mass sentences that included stripping of citizenship and prison terms. The 47 people stripped of citizenship on January 31 were among 60 the Fourth High Criminal Court sentenced that day on charges of forming a terrorist group.

On July 24, 2014, Bahrain’s Official Gazette published amendments to the Citizenship Law of 1963. Article 10 permits the Interior Ministry, with cabinet approval, to strip the citizenship of a person who “aids or is involved in the service of a hostile state” or who “causes harm to the interests of the Kingdom or acts in a way that contravenes his duty of loyalty to it.” The July 2014 amendments to Bahrain’s citizenship laws grant the Interior Ministry additional authority to revoke the citizenship of people who fail in their “duty of loyalty” to the state.

Article 15 of the Universal Declaration of Human Rights states that everyone has the right to a nationality and that no-one shall be arbitrarily deprived of their nationality. Article 12 of the declaration states that, “No one shall be arbitrarily deprived of the right to enter his own country.” In 1999, the Human Rights Committee, which interprets the International Covenant on Civil and Political Rights, which Bahrain has signed, stated that “The scope of ‘his own country’ is broader than the concept ‘country of his nationality,’” and that it would apply to people who have been stripped of their nationality in violation of international law.

Article 29 of the Arab Charter on Human Rights, which Bahrain has ratified, states that “Every person has the right to a nationality, and no citizen shall be deprived of his nationality without a legally valid reason.”