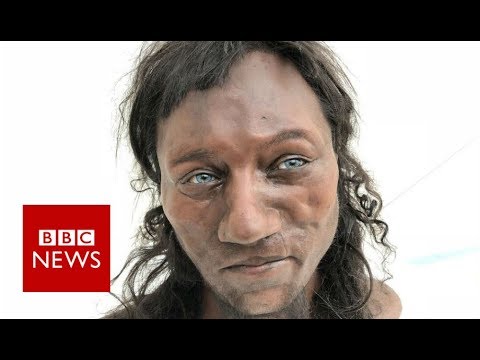 The connection often made between Britishness and whiteness was “not an immutable truth,” said Yoan Diekmann, a computational biologist.

Cutting-edge DNA analysis of the oldest complete skeleton found in Britain has revealed that the first modern humans living on the territory had “dark to black skin.”

Tom Booth, an archaeologist at the Natural History Museum who collaborated on the groundbreaking project, said: “It really shows up that these imaginary racial categories that we have are really very modern constructions, or very recent constructions, that really are not applicable to the past at all.”

The DNA analysis was conducted on a complete fossil dubbed, Cheddar Man. Unearthed over a century ago in Gough’s Cave in Somerset, Cheddar Man is believed to have lived in what is now called Britain some 10,000 years ago.

Cheddar Man’s origin and appearance garnered growing speculation among scientists because his presence in Britain came shortly after the first people in the country traversed the English Channel from mainland Europe at the end of the last ice age, according to The Guardian.

The connection often made between Britishness and whiteness was “not an immutable truth,” said Yoan Diekmann, a computational biologist at the University College London who also worked on the fossil analysis project. He emphasized that the modern-day racial reality of Britain (and the European continent) is not set in stone.

“It has always changed and will change,” he emphasized.

Just last month, researchers concluded, after having discovered human remains in Israel, that people trekked out of Africa almost 200,000 years ago, twice as early as originally thought.

“What Misliya (the name given to the remains by researchers) tells us is that modern humans left Africa not 100,000 years ago, but 200,000 years ago,” Prof. Israel Hershkovitz, who led the work at Tel Aviv University, said, according to The Guardian. “This is a revolution in the way we understand the evolution of our own species.”