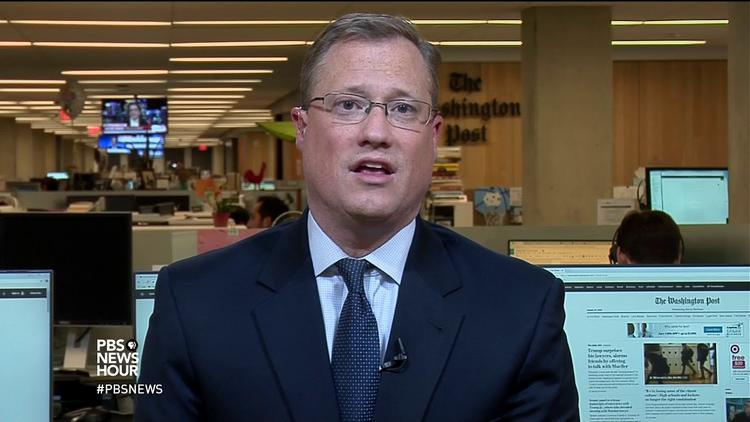 Here is a caution against the Nunes memo that the Republican Party intends to release: it is the sort of thing that got us into the disastrous Iraq War. Cherry-picking raw intelligence is one of the ways the hawks around Bush, Cheney and Rumsfeld bamboozled Washington and the American people into overthrowing a major Middle Eastern country.

The Trumpists within the Republican Party are now seeking to defame the FBI as a way of defending Trump, who is likely under more extensive investigation than we in the public know about.

Intelligence analysis and writing history have a lot in common. In both fields, the analyst is presented with a welter of conflicting reports from multiple sources. Many of these sources are sketchy, and the documents contain key contradictions. This is true whether you are trying to find out who the Russian intelligence (FSB) station chief in Slovenia is, or whether you are trying to figure out why the Soviet Union collapsed in 1991.

Devin Nunes is from a family of Portuguese immigrants who prospered as farmers in northern California’s San Jaoquin Valley, part of which he now represents in Congress. He heads the House of Representatives’ Intelligence Committee and so has had access to classified Federal Bureau of Investigation material on the 2016 election. He has gone through thousands of pages of that material, or had his young staffers do so, and picked out passages here and there that support some sort of conspiracy theory about the FBI versus Trump, alleging that the FBI improperly relied on the Steele dossier in looking into Trump’s connections with Russia. The Steele dossier was instigated by a prominent Republican but later the project was taken over by the Clinton campaign. Steele is a former British intelligence operative with extensive Russia experience, who put together reports about Vladimir Putin’s compromising material (‘Kompromat’) on Trump.

The difference between analyzing a mass of contradictory reports and cherry-picking is that the analyst approaches the material with an open mind. You have to weigh one document against another, one source against another, and make a judgment about whose story is more plausible given the contradictions. People who cherry-pick just take things serially out of context and piece together a one-sided narrative.

Nunes has cherry-picked, provoking an alarmed response from the FBI about the one-sided nature of his memo, and about the ways in which it compromises US intelligence sources and methods. The FBI insists that Nunes has left out a big part of the story.

All this reminds me forcefully of the Neoconservative plot to get up the Iraq War. They, too, had access to a mass of raw material on Iraq, much of it spurious. Douglas Feith, the number three man at the Pentagon, set up an ad hoc “Office of Special Plans” within the Department of Defense, charged with the cherry-picking. The least reliable intelligence reports, from known drunks and liars and schemers, were picked out and assembled. Iraq was two years from having an atomic bomb. Iraq was behind the September 11, 2001, attacks. Feith and his shop even briefed members of Congress on this supposed “intelligence,” which was improper and maybe illegal. (Right wingers are always up in arms about people like Ed Snowden leaking classified material for public policy purposes, but they give a pass to Feith and Nunes and their like.)

One of the beauties of cherry-picking intelligence and releasing the biased conclusions is that the intelligence community cannot reply. The material that would refute the one-sided story is also classified and they can’t release it. The Intelligence and Research unit at the State Department knew that the case for the Iraq War was phony. They were hampered in telling the public why because their own analysis was classified. All this is another argument against over-classification of government materials, which has expanded enormously over the past 20 years. Democracy depends on open information, and classified info can be used to manipulate the public.

Cherry-picking intelligence always leads to bad public policy. The last time, we got the Iraq War, which we still suffer from.

This time, the aim is to give us a second Trump term, which is a more alarming prospect than even an Iraq War.

PBS NewsHour: “Why the FBI went public with its objection to the Nunes memo release”