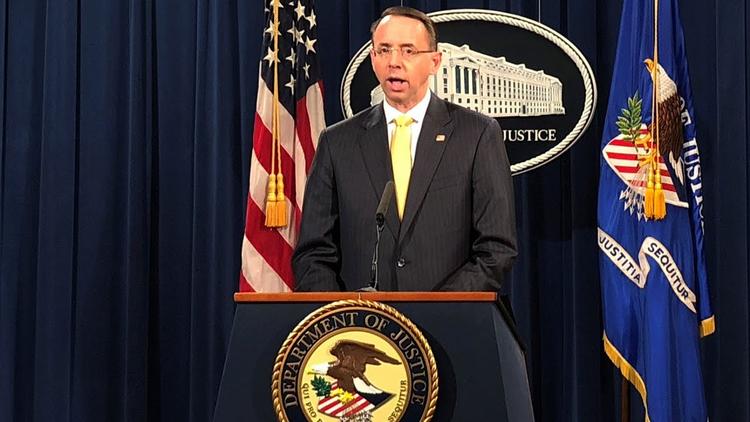 The Mueller inquiry into Russian interference in the 2016 election campaign has now brought indictments against specific Russian individuals and organizations, including the crony of Vladimir Putin, Yevgeny Prigozhin, known as “Putin’s chef” because the Russian president throws his business large numbers of high level government catering jobs.

The complicated Russian plot against the 2016 elections involves several distinct questions, as John Feffer points out:

1. Was there a concerted Russian attempt to influence the election?

2. Which individuals and organizations in specific were involved, if any?

3. If there were Russians so involved, were they directed by the Russian government?

4. How exactly did they intervene? Did they change votes by hacking into voting machines? [No, they did not change votes; yes, they hacked into the Illinois machines.] Did they attempt to suppress the Democratic vote? How?

5. If there was a major cyber-campaign to influence the US election, did it have any success? How could its success be measured?

6. Was the interference welcomed by the Trump campaign and did Trump and his cronies insert themselves into the ongoing Russian operation against the Hillary Clinton campaign once Trump emerged as a front-runner for the GOP nomination?

Friday’s DOJ indictments answer some of these questions but by no means all of them.

The first takeaway of the indictments is that, yes, there was a significant Russian operation to influence the US election, funded in part by Prigozhin. While in legal matters guilt by association is not probative, in politics it cannot be dismissed. Prigozhin’s role points strongly to Putin direction of this campaign operation. Moreover, the Russian government is the primary likely beneficiary of a sidelining of Ms. Clinton. It is hard to see how Prigozhin himself could benefit. By the rule of means, motive and opportunity, we can reasonably conclude there was a Putin-directed plot.

The second takeaway we already knew–that Russian cells were formed to establish phony Facebook, Twitter and other accounts that pushed divisive politics in the United States. At one point a supposed Islamophobic group protested outside a Texas mosque, met by a pro-Muslim counter-demonstration. Both demonstrations were called for by fake Russian sites. These sites grew to have enormous popularity, with hundreds of thousands of followers. They spread around memes such as that Clinton supports sharia or Islamic law. Supposed Black Lives Matter sites argued that African-Americans should not vote, which would hurt Clinton. I’m sure we all have relatives who kept sending us those Russia disinformation links on Facebook.

A corollary of this second takeaway is that the philosophy of the Russian operation was similar to that of ISIL and other extremist terrorist organizations. ISIL briefly took over 40% of Iraq by striving for a decade to provoke hatred between Shiites and Sunnis. They concentrated on bombing Shiites and making it clear Sunnis had done it. Then the Shiites attacked the Sunnis, driving them into the hands of ISIL. ISIL and al-Qaeda have tried to play the same number on Muslims living in Europe and North America. While the Russian operation was not violent, its premises were similar (and ISIL used its techniques on the internet, too).

In turn, I have argued that Muslim extremists were influenced by the old Soviet Communist tactic of “sharpening contradictions.” That is, the similarity of approach may actually have a common genealogy back to the early 20th century.

The third takeaway is how big the operations were. There were entire troll factories that got millions of Twitter retweets and Facebook shares.

A fourth takeaway (and on this I have changed my mind over time) is that the Russian campaign may well have had such success that it did actually affect the outcome.

Trump’s victory was extremely narrow. If just a few tens of thousands of Black voters in Detroit stayed home rather than coming out for Clinton, that threw Michigan to Trump. Note that Michigan had been trending Democratic in presidential elections for two decades, by a 5% margin. So Clinton’s loss is weird. It can’t be explained only by a swing of white working class voters to Trump. Only 14% of white blue collar voters who had cast their ballots for Obama defected to the GOP in 2016. Given that lots of other kinds of people live in Michigan, that wouldn’t by itself have erased the 5% tilt to the Democrats.

On the other hand, it is also true that Detroit has hemorrhaged population in recent decades, shrinking from 1.1 million in 1990 to less than a million in 2000 and now we are down to probably 670,000 and going on down from there. African-Americans have moved to Atlanta in large numbers.

Moreover, Clinton declined to campaign in Michigan, which certainly contributed to her loss of the state. A friend of mine in the DP tried to get her to come talk to the Arab Americans in Dearborn and she would not do it, possibly because she was in the back pocket of Israeli billionaire Haim Saban and did not want to risk annoying him.

Also Clinton was a horrible candidate and her shilling for Goldman Sachs in return for hundreds of thousands of dollars per speech hurt her with those many Michiganders who had had their homes repossessed by the banks.

So whether the Russian attempts at voter suppression were the cause of Trump’s victory in Michigan is still hard to know, but it cannot be ruled out. What is clear is that Clinton can’t take any satisfaction in this possibility, since if she had been a better candidate she could have counter-acted the fairly flat-footed Russian propaganda mill.