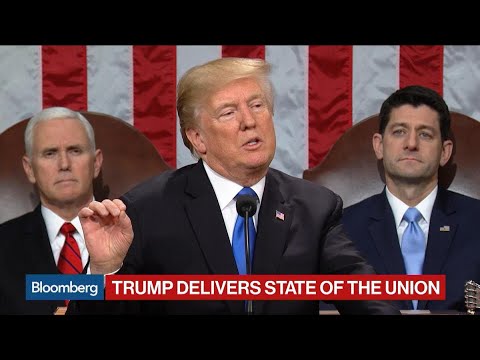 Backing down from nuclear war would make us a lot safer than piling more money into the Pentagon.

We’re all tense. Hearing about our fellow citizens in Hawaii scrambling around, looking for a place to hide from a nuclear bomb, will do that to you. So will contests between two unstable world leaders over the size of their nuclear buttons.

Now, some politicians say they’ll protect us by adding massive amounts to the Pentagon budget. This seems like a no-brainer: feel threatened, give more money to the military. But it isn’t.

Practically everyone from the president on down, though, seems to take it as a given. “In confronting these horrible dangers,” Donald Trump said during his State of the Union, “I’m calling on Congress” to “fully fund our great military.”

The president and his party are now looking to add somewhere between $30 and $70 billion more in military spending to their budget for next year — on top of the increases for this year. Democrats seem willing to go along, with a few caveats.

Nobody seems worried anymore about adding to the financial hole we just dug for ourselves and our children with $1.5 trillion in tax cuts for the rich.

The portrait of a “starved” military, which Trump and his secretary of defense like to complain about, airbrushes out a few facts.

We’re now spending more on the military, adjusted for inflation, than at any time since World War II — including during the Reagan and George W. Bush buildups. We spend more than the next eight countries put together.

Worse still, the military can’t even say what it’s actually spending — it’s still the only federal agency that can’t pass an audit. The brass says they’ll really try this year, but I’ll believe it when I see it.

Trusting the Pentagon to rein in its own waste hasn’t worked. Back in 2015, the Pentagon’s own commissioned report found $125 billion in administrative waste that could be cut over five years. But then they simply buried the report.

Here’s what we really need to feel safer: Leaders who are working to reduce nuclear tensions rather than rev them up.

Instead, in addition to firing off scary tweets, Trump repeated calls in his State of the Union to “modernize and rebuild our nuclear arsenal,” to the tune of $1.7 trillion. Why? The 4,000 nukes we currently have — enough to destroy the entire planet — seem like an adequate deterrent.

And they want to build up the arsenal of conventional weapons, mostly to counter China. But China is expanding its influence around the world not mainly through military spending — its military budget is only a third of ours — but through its civilian investments.

As the U.S. retreats from providing development aid, China is filling the vacuum. As the U.S. cuts off its previous investments in clean energy technology, China has become the solar panel provider to the world.

Our new security strategy, by the way, has also airbrushed out climate change. A military that previously identified climate change as “an urgent and growing threat to national security” is now barred by the administration from talking about it at all.

While we contemplate spending money we don’t have for weapons we don’t need, the urgency of this threat continues to grow.

Miriam Pemberton is an associate fellow at the Institute for Policy Studies and an expert on the federal budget. Distributed by OtherWords.org.