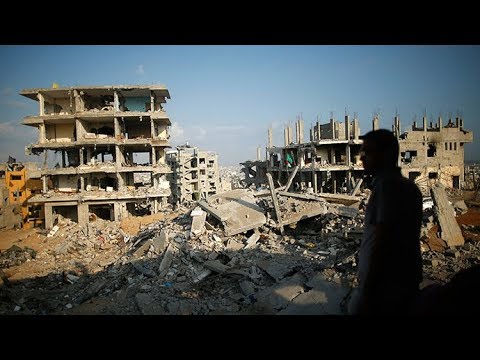 The record low rate of permits issued by Israel for Palestinians seeking vital medical treatment to travel outside the Gaza Strip underlines the urgent need for the Zionist state to end its decade-long closure of the enclave, a group of Palestinian and international rights groups have said in a joint statement. Al-Mezan Centre for Human Rights, Amnesty International, Human Rights Watch, Medical Aid for Palestinians (MAP) and Physicians for Human Rights Israel (PHRI) confirmed that 54 Palestinians from Gaza died while they were waiting for Israeli travel permits. They added that a record level of delays by the Palestinian Authority in issuing required approvals last year, as well as Egypt’s continued closure of the Rafah border crossing with Gaza have further restricted movement and caused additional suffering to the Palestinian people.

According to the NGOs report, the Israeli authorities approved travel permits for medical reasons for only 54 per cent of those who applied in 2017, the lowest rate since the World Health Organisation (WHO) began collecting statistics in 2008. The WHO reported that 54 Palestinians, 46 of whom had cancer, died last year following the rejection or delays in their travel permit applications.

“We’re seeing Israel increasingly deny or delay access to potentially life-saving cancer and other treatment outside Gaza, with shockingly high numbers of Palestinian patients subsequently dying,” explained Aimee Shalan, the CEO of MAP. “Gaza’s healthcare system, meanwhile, having been subjected to half a century of occupation and a decade of blockade is increasingly unable to meet the needs of its population.”

Read:16 medical centres cease work due to lack of electricity, fuel in Gaza

The NGOs insisted that Israel should lift the unlawful sweeping restrictions on the freedom of movement of people from Gaza, most critically those with significant health problems.

For the past two decades, and especially since 2007 when Israel imposed a land, air and sea blockade on Gaza, Israel has kept Gaza mostly closed, unlawfully depriving its population of basic rights. The United Nations and the International Committee of the Red Cross (ICRC), among others, have declared this policy “collective punishment” and called for Israel to lift its closure. Israel controls all access to and from Gaza, with the exception of the Rafah Crossing via the Egyptian border, and all transport between Gaza and the occupied West Bank, as well as the border between the West Bank and Jordan. The Israeli authorities will not allow the Palestinians in Gaza to rebuild and open their airport — destroyed by Israel in 2001/2 — or build a functional seaport, leaving Palestinians dependent on foreign ports for travel abroad.

Palestinians from Gaza missed at least 11,000 scheduled medical appointments in 2017 after the Israeli authorities denied or failed to respond in time to applications for permits. Research by Al Mezan, supported by MAP, into the cases of 20 Palestinians who died after missing hospital appointments due to denied or delayed travel permits found that 14 had cancer, nine of whom were women. PHRI has highlighted how women in Gaza with cancer have faced heightened obstacles to accessing medical care and consequently expended energy fighting bureaucracy rather than their illness.
#GazaHealthCrisis

The significant decline runs counter to the ever-increasing health needs in Gaza. The besieged territory’s 2 million people endure what the UN labels “a protracted humanitarian crisis.” Amid widespread poverty and unemployment, at least 10 per cent of young children are stunted by chronic malnutrition; up to half of all medicines and medical disposables in Gaza are completely depleted or below one month’s supply; and chronic electricity shortages have caused officials to cut health and other essential services.

The three Israeli military offensives on Gaza since 2008 have also taken a heavy toll on essential infrastructure and further debilitated Gaza’s health system and economy. In light of the control Israel effectively exercises over the lives and welfare of the people of Gaza, the Zionist state continues to maintain ultimate responsibility for ensuring their well-being under the laws governing military occupation, as the ICRC and UN, among others, have recognised.

“It’s unconscionable that Israel prevented so many critically ill people from accessing care that might have saved their lives,” said Sarah Leah Whitson, Middle East director at Human Rights Watch. “Israel’s continued control over movement into and out of Gaza creates obligations to facilitate – not thwart – humanitarian access.”

Palestinians in Gaza require referral permits to access the more advanced health care in East Jerusalem and elsewhere in the West Bank, as well as in Israel. The health services most commonly requiring referral outside of Gaza are for oncology, paediatrics, cardiology and heart problems, and haematology. The Israeli authorities state that they can process priority permits in one day, although the typical waiting time averages two weeks, while “regular” cases require 23 days, and often fail to meet this timetable.

The WHO has deemed the ensuing process “neither transparent nor timely,” and the UN coordinator for humanitarian aid and development activities in the occupied Palestinian territory has stated that a “minefield of interviews, paperwork, opaque procedures and logistical hurdles stand between a cancer patient and his or her urgent treatment.”

The Palestinian Authority’s financial approval of referrals for those in need of essential medical treatment in Gaza also fell in 2017, with at least one subsequent death reported. While the PA approved about 2,000 applications in each of the first three months, this fell to under 500 in June, before increasing to more than 2,000 later in the year amid efforts at Fatah-Hamas reconciliation, according to the WHO. Additionally, the PA’s reduction of essential services to the Gaza Strip between July and December 2017 – including electricity and medical supplies – also undermined Palestinians’ right to health.

Egypt has kept the Rafah Crossing mostly closed for the population in Gaza since 2013, which contributed to restricting access to health care. Before July 2013, more than 4,000 Palestinians travelled monthly via Rafah for health-related purposes. As a state bordering a territory with a protracted humanitarian crisis, Egypt should facilitate humanitarian access for the population. Nevertheless, ultimate responsibility remains with Israel, the occupying power.

“The Israeli government’s restrictions on movement are directly connected to patient deaths and compounded suffering as ill patients seek permits,” Issam Younis, Director of Al Mezan, pointed out. “These practices form part of the closure and permit regime that prevents patients from a life of dignity, and violates the right to life.” The closure system must be abolished so that patients have safe access to healthcare in Palestinian hospitals in the occupied Palestinian territories and elsewhere, he added. “The victims and their families must have their right to justice and redress upheld.”

RT America: “Israel’s blockage of Gaza continues to have dire consequences for Palestinians”