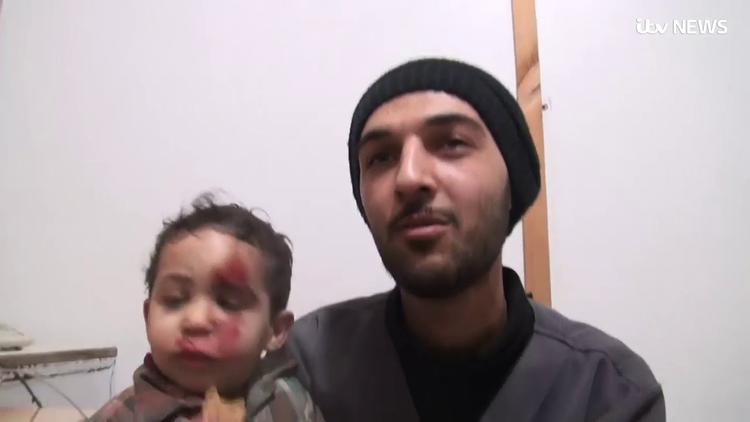 Rescuers in Syria’s eastern Ghouta said the bombing would not let up long enough for them to count the bodies, in one of the bloodiest air assaults of the seven-year war.

Warplanes pounded the rebel enclave on Saturday, the seventh day in a row of a fierce escalation by Damascus and its allies, an emergency service, a witness and a monitoring group said.

Residents holed up in basements and medical charities decried attacks on a dozen hospitals, as the United Nations pleaded for a truce in Ghouta, the only big rebel bastion near the capital.

There was no immediate comment from the Syrian military.

The Damascus government and Russia, its ally, say they only target militants. They have said they seek to stop rebel mortar attacks on the capital and accused insurgents in Ghouta of holding people as human shields.

A surge of rocket fire, shelling and air strikes has killed nearly 500 people since Sunday night, the Syrian Observatory for Human Rights said. The dead included more than 120 children.

The Britain-based monitor said raids hit Douma, Hammouriyeh and other towns there on Saturday, killing 24 people.

First responders rushed to search for survivors after strikes on Kafr Batna, Douma and Harasta, the Civil Defence in eastern Ghouta said. The rescue service, which operates in rebel territory, said it had documented at least 350 deaths in four days earlier this week.

“Maybe there are many more,” said Siraj Mahmoud, a civil defence spokesman in the suburbs.

We weren’t able to count the martyrs yesterday or the day before because the warplanes are touring the skies.

As the bombs rain down, some hitting emergency centers and vehicles, the rescuers have struggled to pull people from the rubble, Mahmoud said. “But if we have to go out running on our legs and dig with our hands to rescue the people, we will still be here.”

A witness in Douma said he woke up in the early hours on Saturday to the sound of jets bombing nearby. The streets have mostly remained empty.

The United Nations says nearly 400,000 people live in eastern Ghouta, a pocket of satellite towns and farms under government siege since 2013, without enough food or medicine.

The UN Security Council on Friday delayed voting on a draft resolution that demands a 30-day ceasefire across Syria to allow aid access and medical evacuations.

The 15-member council is to vote on the resolution, which Sweden and Kuwait drafted, on Saturday. The delay followed a flurry of last-minute talks on the text after Russia, a veto-holding ally of Syrian President Bashar al-Assad, had proposed new amendments.

Syrian state media said Ghouta factions fired mortars at the Old City of Damascus on Saturday. Insurgent shelling killed one person and injured 60 more a day earlier, it said, and the army pounded militant targets in the suburbs in response.

Several previous ceasefire attempts have quickly unraveled during the multi-sided conflict, which has killed hundreds of thousands and forced 11 million people out of their homes.