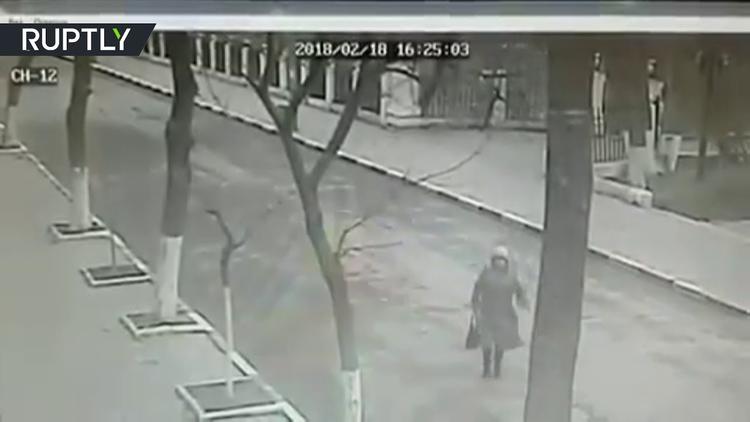 The mainstream Muslim leadership in Russia’s Daghestan region has condemned an attack that killed five people outside a Russian Orthodox church, saying that the suspect had “nothing to do with the true Islam.”

In a February 19 statement, the office of the region’s chief mufti also extended condolences to the relatives and friends of the victims of the attack the previous day in the Daghestani town of Kizlyar.

Authorities said a gunman opened fire with a hunting rifle on people attending a Maslenitsa (Shrovetide) celebration near a local church, killing five women and wounding four people before being shot dead by security forces.

The extremist “Islamic State (IS) group” claimed responsibility for the attack, though it provided no evidence to support the claim, and Russian media outlet RBC quoted a priest as saying the assailant shouted “Allahu Akbar” (God is great).

Predominantly Muslim Daghestan is plagued by an Islamic insurgency stemming from the post-Soviet separatist wars in neighboring Chechnya, but violence has subsided in recent years and most insurgent attacks have targeted state authorities.

The Kizlyar mayor’s office on February 19 identified the suspect as Khalil Khalilov, a 22-year-old man from the Tarum district of Daghestan.

In a statement later the same day, the federal Investigative Committee said the authorities were examining all possible motives including the possbility that it was a “terrorist act.” It did not name the suspect.

State-run news agency TASS quoted an unnamed law enforcement source as saying on February 18 that the alleged assailant was suspected of having ties to “extremist” organizations.

In its statement, the chief mufti’s office described the attacker as a “wahhabist” — a word frequently used by Russian authorities to describe militant Islamic extremists.

President Vladimir Putin’s spokesman was more cautious, saying that the investigation was ongoing and that “the attacker is being checked for connections with extremist organizations.”

Russian authorities have been fighting “purposefully and consistently” against terrorist and extremist organizations in the North Caucasus, which includes Daghestan, Kremlin spokesman Dmitry Peskov told reporters in Moscow on February 19.

Peskov said that “a number of these organizations, some of which have links with international terrorism, continue their destructive activities. Our law enforcement agencies, as you know, are working very hard to suppress such activities.”

The Russian Orthodox Church issued a statement that said its leader, Patriarch Kirill, believes the attack was meant to foment tension between Christians and Muslims.

“The patriarch considers this heinous crime on the eve of Great Lent to be a provocation aimed at sparking hostilities against Orthodox believers and Muslims who have been living side by side in peace in the Caucasus for centuries,” it said.

Russian news outlet RBC quoted a local priest as saying that the attacker opened fire as worshippers were leaving an afternoon service.

“We had finished the mass and were beginning to leave the church,” the priest, known as Father Pavel, was quoted as saying. “A bearded man ran toward the church shouting ‘Allahu Akbar’ and killed the people.”

The Daghestani Health Ministry said on February 19 that two women wounded in the attack were in grave condition and would be transferred to Moscow. The other two people wounded are a police officer and an officer of the Russian National Guard.

Kizlyar, on the border with Chechnya, is 170 kilometers from the Daghestani capital of Makhachkala and has a population of some 50,000 people. Ethnic Russians make up about 40 percent of the population, according to officials.

Nationswide, some two-thirds of Russian citizens consider themselves Orthodox Christians, while Muslims make up the largest religious minority, accounting for 10 to 15 percent of the population.

With reporting by RBK, Gazeta.ru, TASS, AP, and Interfax