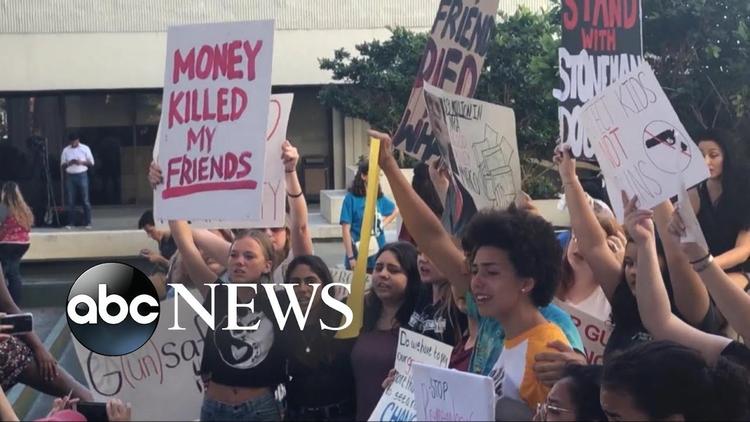 Can anything be done about the phenomenon of “mass shootings?” These killings have plagued the US for decades. 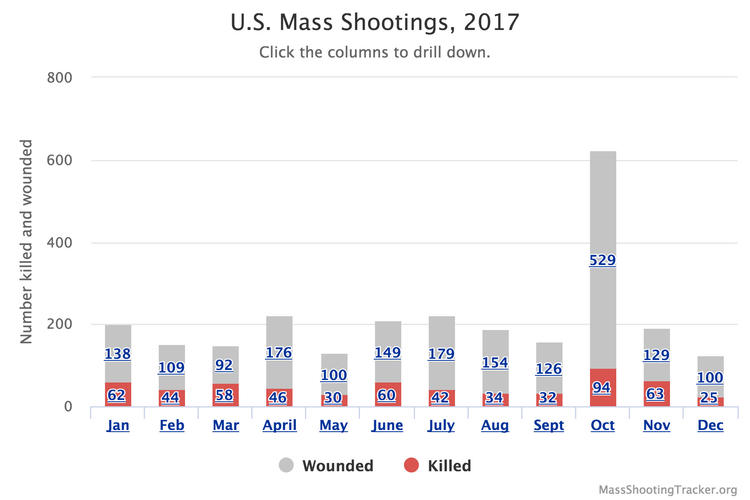 Moreover, Trump keeps droning on about gang violence, but most of their killings are also carried out with semi-automatic rifles.

We polish off some 15,000 Americans a year with murders (around 11,000 of them via firearms), and 30,000 a year in auto accidents. There are also something like 18,000 suicides a year by firearm in the US, about half of the total; perhaps large numbers of those people would still be alive if it hadn’t been so technically easy to take their on lives. Mass shootings as a proportion of murders committed by firearms rose to an astonishing nearly 4% last year.

I’d say that is a national emergency.

One problem is that mass shootings produce a national trauma, and probably are designed to do so. Isolated murders of adults, however tragic, don’t upset us the way a madman shooting down children does. The mass shootings, which grew last year to some almost 4% of murders, deeply disturb us.

It is also the case that mass shootings are arbitrarily defined as those in which 4 or more people are killed. For those affected, three is pretty “mass.”

Public policy is often made on the grounds of what we find unpalatable. You will note that we are also upset by airplane crashes, and we insist that they are always completely unacceptable. We don’t feel the same way about whacking 30,000 people a year (and injuring like 300,000) in auto collisions.

In addition some 2,000 of the 9,000 firearms murders a year are committed by drug gangs and other criminal gangs, and these are primarily using semi-automatic weapons to commit these murders.

Is there a solution of the problem?

Even someone who really loves semi-automatic guns— Paul Barret, author of”Glock: The Rise of America’s Gun,” admits of the 1994 ban on semi-automatic rifles:

“The one potentially sensible provision in the Assault Weapons Ban was the imposition of a ten-round magazine capacity, which affected both semi-automatic rifles and semi-automatic pistols, including the Glock. You can begin to understand that at least this [limitation] might inhibit the mass shooter because, under that regime, he would at least have to think ahead enough to carry multiple ten-round magazines.”

Personally, I don’t understand why civilians need semi-automatic pistols and rifles at all. And the evidence we have from the mass shootings that have been happening is that yes, the shooter will bring extra rounds. Lots of extra rounds.

But I’ll tell you what, some sort of limitation is better than none, and at least such legislation might establish the principle that guns can be regulated by law.

So how about we propose a law specifying that no civilian may buy a semi-automatic weapon that has greater than a ten-round magazine, and that such weapons for the civilian market be constructed so that extra magazine drums cannot be attached?

And we ban semi-automatic rifles altogether.

What about all the semi-automatic weapons already in people’s possession? There are like 280 million guns in the US, nearly one per person. (Though in fact, a small minority, about 3% of the population, owns most of these guns, and the proportion of gun owners in the population has been shrinking; fewer and fewer people have more and more guns). Since the 1980s, sales of semi-automatic weapons have been in the tens of thousands annually.

Well, you could have a buy-back program, and could offer people trade-ins. Changing things would not have to be coercive. People would have a choice between having an illegal pistol and a legal one with a smaller magazine.

So there you have it, a step toward a solution. 10-round magazines for the pistols, no semi-automatic rifles for civilians.

A reader wrote sensibly in response to the original version of this post:

“Most civilized countries have:

– An upper limit on magazine size.

– Open carry typically only available to those who can show a genuine need for it.

– Long lists of prohibited weapons. Typical lists include include fully automatic weapons, semi-automatic rifles, pump-action shotguns, none of which have any realistically legitimate civilian uses. (Repeating rifles are usually okay, by the way; genuine hunters do need to access a follow-up round quickly for humane purposes.)

– No private sales. (Typically, sale or transfer must be done through a licensed dealer.)

– Restrictions on how a firearm must be stored in a private property (e.g. no keeping guns loaded when not in use, guns and ammunition to be stored in separate locked containers/cabinets).

Of course there are usually exceptions for special classes of people, such as collectors, security guards, licensed dealers, etc. All of the above seem perfectly reasonable to me.

The other thing to look at is licensing. Some suggestions, based on laws in other countries:

– An exam on proper firearms safety prior to obtaining a licence, much like a driving exam.

– A ban on owning certain classes of guns (e.g. any handgun at all) unless you’ve used it for a certain amount of time (six months, perhaps) in the context of a licensed gun club, military/law enforcement service or something similar.

That last one is one of my favourite proposals, by the way. I can’t see a single downside to it.”

*Because of a software malfunction at the crowdsourced tracking site for mass killings cited in the first para., the initial version of this post contained an incorrect number for victims of mass shootings in 2017