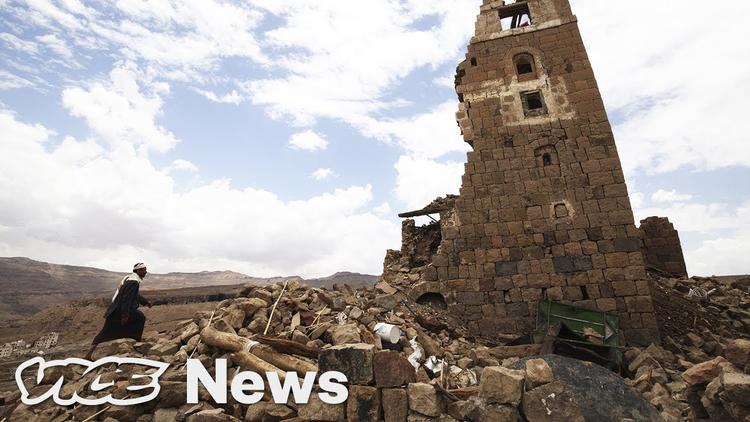 Three years ago this month, the then 29-year-old Minister of Defense of Saudi Arabia (now its crown prince) launched a ruinous war on Yemen.

Yemen had been in Saudi Arabia’s back pocket in the 1990s and 2000s, and was a major recipient of Saudi aid, which went into the pockets of dictator Ali Abdullah Saleh. Yemen’s people remained desperately poor, and the Saudis then tried to spread their intolerant form of Wahhabism even among Zaydi Shiites, producing a backlash in the form of the Houthis.

In 2011-2012 Saleh was overthrown and Yemen began working on a new constitution and new parliamentary elections.

That process was interrupted by a 2014-2015 Houthi coup in covert alliance with the deposed Saleh. In turn that coup provoked the then 29 year old defense minister, Mohammed bin Salman, to launch an air war on the Houthi guerrilla movement, a war he was most unlikely to win.

I’ve been to Yemen several times. The terrain is mountainous and rough. You can’t bomb it into submission.

Bin Salman charges the Houthis with being Iranian agents. They aren’t, however, the right kind of Shiites for that. Iran has likely given them a little bit of aid, but it is minor compared to the billions of dollars worth of bombs from the US and the UK that Bin Salman has dropped on civilian apartment buildings in downtown Sana’a. It is rich that the Saudis wax hysterical about some small rockets aimed at Riyadh while they are daily flying bombing raids on Yemeni cities with F-16s and F-18s.

The propaganda about Iran being behind Yemen unrest rather than Saleh’s corruption that the Saudis enabled has roped in gullible generals in Washington, DC, who have actively been aiding the Saudi war effort. This is an old tradition. Eisenhower invaded Lebanon in 1958 because Chamoun told him that Druze villagers were part of the internatiional Communist conspiracy.

Saudi Arabia and its allies bombed indiscriminately. A third of their targets have been civilian buildings like schools or hospitals or key civilian infrastructure like bridges. Perhaps half the people they’ve killed have been civilian non-combatants, including children.

Also deadly have been the public health effects of the war.

The numbers on the Saudi-led Yemen War are apocalyptic, worse even than Syria.

The total number of people in need of humanitarian assistance in Yemen is 22.2 million – or 76% of the population – including 11.3 million children.

The Saudis and allies have hit Yemen with 15,000 airstrikes.

8,700 civilians have been killed

50,000 civilians have been wounded

1.9 million children are not in school, and both sides have recruited children, some as young as ten, as fighters

11.3 million children need humanitarian assistance, with many on the verge of going hungry.

All in all, 22.2 million Yemenis of all ages need humanitarian assistance, 3/4s of the population.

There have been a million cholera cases and there is the threat of another outbreak.

VICE: “How The U.S. Is Helping Saudi Arabia Fight A Controversial War In Yemen“