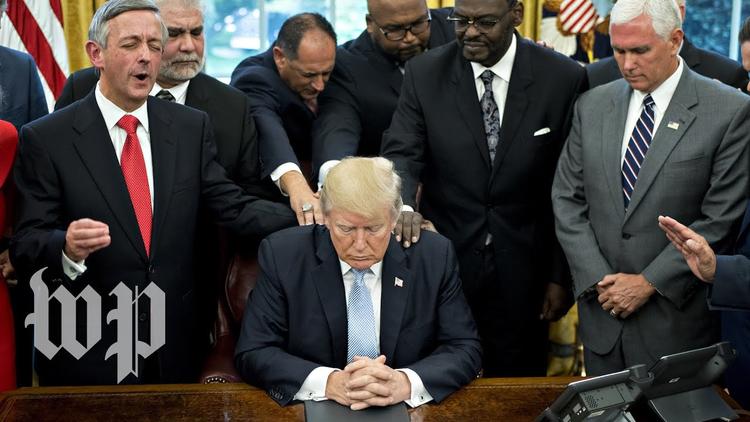 This season, the best-selling book in the U.S. is Michael Wolff’s Fire and Fury: Inside the Trump White House. Israel and Prime Minister Netanyahu are mentioned frequently in Michael Wolff’s account of the chaos and confusion in the Trump White House. Wolff points out that for Steve Bannon, Trump’s adviser who left the White House a few months ago, support of Israeli government policies was quite important – it was a test of “toughness.” For Bannon and his ideological allies, “the farther Right you were, the more correct you were on Israel.”

Other references in Wolff’s book speak of the administration’s ties to so-called “tough Jews.” This admiration for “tough Jews” find its strongest expression in admiration for Israeli military prowess and assertiveness. Wolff notes that “Jews and Israel were a curios Trump subtext. Trump’s brutish father was an often vocal anti-Semite. In the split in New York real estate between the Jews and the non-Jews, the Trumps were clearly on the lesser side … Trump had developed a sort of 1950s Jewish uncle (tough guy variety) delivery with assorted yiddishisms – Hillary Clinton, he declared has been “shlonged” in the 2008 primary … Now, (in 2017) his daughter was through her conversion, the first Jew in the White House.”

As this ‘pro-Israel” stance maps on so well to Evangelical Christian Zionism it is worth examining the deep background of that now potent phenomenon.

American Protestants, from the colonial period onward, had a particular interest in plans to restore the Jews to their Promised Land. The biblical self-image of the early American colonists, a self-image reflected in the over two hundred biblical place names on the map of the United States, had a profound effect on American attitudes toward the Holy Land. By naming their towns and cities Salem, Hebron, Bethlehem, and Pisgah, Americans were declaring the New World a “biblical” area. They were also asserting an American connection to the places where Christianity originated. American scholars, foremost among them nineteenth-century biblical scholar Edward Robinson, were among the pioneers of discovery and archaeology in Palestine. Robinson, professor of sacred literature at New York City’s Union Theological Seminary, traveled to Palestine in 1836 and 1852. He was convinced that one could not fully understand the Old and New Testaments without a thorough study of the land of the Bible. Robinson’s five-volume opus, Biblical Researches in Palestine, Mt. Sinai and Arabia Petraea, was widely read by American and European scholars and laymen. Before it was outranked by Uncle Tom’s Cabin it was one of the top bestsellers in W.S. publishing history.

Later in the Nineteenth Century, the founders of the Zionist movement were keenly aware of sympathy for Zionism among some influential Protestants. Zionist publicists wrote in Hamaggid and other Hebrew-language Zionist journals of earlier Christian settlement attempts, and they exhorted Jewish readers to act as bravely and resolutely as Christian Zionists had in their attempts to settle in the Land of Israel. The Adams colony of Jaffa, Clorinda Minor’s colony in Artas, and the German Templer colonies of Haifa, Jaffa, and Sarona were held up as examples of courage and industriousness by Zionist writers. The seven Templer colonies, built by German Christina Pietists between 1869 and 1907, were models of efficiency and productivity. As the Israeli historian Yossi Ben-Artzi had noted, these colonies, “as the first truly planned settlements in modern Palestine, were exemplary models that inspired the local Arabs, the Turkish rulers, and most of all the Jews, who in 1882 began reaching Palestine in large numbers with a goal similar to that of the Germans; settlement in agricultural colonies.”

Master strategist that he was, Herzl kept an eye out for potential Christian allies of influence and included them in what he was sure was a historic moment, the First Zionist Congress. Herzl had made a point of inviting Christian friends of the emerging movement to the congress. Among these guests was the Reverend Willian Hechler, chaplain of the British embassy in Vienna. Herzl understood something that many of his less assimilated Jewish associates did not – that the diplomatic success of the Zionist movement was dependent on the help of Christian sympathetic to Zionism. Once he became aware of potential Christian allies, Herzl was particularly prescient and active in garnering Christian support for his cause. His successors continued to cultivate that support. They understood, as did Herzl, that assistance was most likely to come from Protestants, and that it was essential to the success of Zionist political aspirations that Christians join Jews in the international campaign to establish a Jewish state in Palestine.

In the late 19th century, thousands of Americans of various Christian denominations traveled to the Holy Land. Mormons were among the most active and enthusiastic of these travelers. In 1836, the prophet and founder of the Mormon Church, Joseph Smith, mentioned the actual physical return of the Jews to Zion in his dedicatory prayer at the Kirtland Temple in Ohio. Smith prayed that “Jerusalem, from this hour, may begin to be redeemed; and the yoke of bondage may begin to be broken off from the house of David.” Smith understood “Zion” as both the spiritual designation of a new American sacred space and a reference to the Zion of biblical Israel, a city that would soon be renewed. The East had its Zion, and now the West, in the United States, would have its Zion. Both Zions would experience “the literal gathering of Israel and the restoration of the ten tribes.” Mormons were eager to visit Jerusalem, to which Joseph Smith had sent his emissary Orson Hyde. For centuries, Catholics had visited the Jerusalem’s Church of the Holy Sepulcher and the many other holy places throughout the Holy Land. Many of the Christian pilgrims kept diaries of their journeys, and hundreds of Palestine travel accounts were published and eagerly read by nineteenth-century audiences.

Evangelical support for Zionism was not necessarily phil-Semitic. Rather, it saw Jews and their aspiration for a Jewish state in Palestine as instrumental in hastening the second coming. Another potent factor in the heady mix of religion and politics that shaped Christian Zionism was the long standing American Protestant antipathy to Islam.

In American Christians and Islam, Thomas Kidd, an American religious historian at Baylor University, notes that there is something unique about American antipathy to Islam; it differs substantially from earlier American Protestant campaigns against Catholics, Jews and other religious minorities. Arguing that “the recent American Christian hostility towards Islam derives from a long historical tradition,” he points out that even before the American Revolution Anglo-Americans were predisposed to hostility towards Muslims. According to Kidd, two elements were responsible for the hostility: the widespread notion that all Muslims had to be brought to Christianity and the rampant speculations about the End Time that saw Islam as the Antichrist.

In the mid-nineteenth century the American Protestant call to ‘Evangelize the World’—a call linked to emerging American Imperial power aspirations—met its greatest challenge in the Muslim world. In a 1906 meeting in Cairo twenty-nine American and European missionary groups met to plan “the Evangelization of the Moslem world in this generation.” A follow-up conference in Lucknow in 1911 called for the Christianization of the Muslims of India. More recently, the 9/11 attacks, according to Kidd, “Re-energized those familiar themes of Muslim conversions and Islam’s place in the end times, two themes common in American Christian rhetoric, even before the American Revolution.”

This deep background lies behind the emergence of overtly political forms of Christian Zionism in the late 1970s and early 1980s. The rise of the Christian Right and the infusion of Evangelical Christian activists and ideas into the Republican Party of the Reagan years made Christian Zionism a potent force in American life.

One of the surprising aspects of Christian Zionism is that Israel has become equally significant as religious symbol for many Christians. In the past few years this attachment has facilitated contracts between Jewish and Christian supporters of the Israeli government, most strikingly in the form of Christian Evangelical pilgrimages to Jerusalem – where the leadership and rank and file of the movement is addressed by the Israeli political leadership. As historian of religion Martin Marty had remarked, “No American can understand foreign policy in respect to the Middle East, especially when Israel is the focus without having to deal with cohort of the population which is dispensationalist.” For that growing group of Americans the current “dispensation” or age, is coming to an end, and the millennium is near. But the millennium can only be ushered in by great suffering, the period of “Jacob’s Tribulations.” Israel is the place where these tribulations will begin, and where they will culminate in the Second Coming.

Strange bedfellows indeed have resulted from the politics of Evangelical support of Israel. In 1981 Israeli prime minister Menahem Begin awarded the Jabotinsky Prize to Evangelical leader Jerry Falwell. Like his predecessors in the office of prime minister, Begin knew that the Christian Zionist support was a powerful political force in the United States. The Evangelical idea that support for Israel was predicated on a vision of the End Time in which Jews suffer and accept Jesus was not taken seriously by Israelis. Two decades before Begin awarded a prize to Jerry Falwell, David Ben Gurion, Israel’s first prime minister, spoke before a delegation of visiting American Pentecostalists. He was unaware that the official theology of the Assemblies of God, then the larger Pentecostal group, was very explicit about the need to convert Jews to Christianity. Support for the State of Israel was central to their theology, as the restoration of the Jews to their land was the sign of the imminent Second Coming. A tract about the Jews published by of the Assemblies of God (the Pentecostalist movement) stated that “the final blow upon this unfortunate and stubborn people will come during the Tribulation period; and it will be this awful time of suffering that shall break their will and turn the remnant to acceptance of the once hated Nazarene, the Lord Jesus Christ.”

During the Clinton and Bush II administrations the political power of Christian Zionism grew exponentially – much of that power is now expressed by CUFI – Christians United for Israel, the Evangelical lobby founded by Reverend John Hagee of Texas. Since CUFI’s founding it has attracted considerable financial and political power and as Evangelicals backed Donald Trump’s candidacy, they have more access to power and influence than ever before. Trump’s announcement about moving the U.S. embassy to Jerusalem was cheered at the recent National Prayer Breakfast where three thousand Evangelical pastors and lay leaders gathered to hear an address by President Trump. CUFI’s supporters now call it “The Christian AIPAC.”

Similarly, the support that Donald Trump received from conservative Christians in his 2016 election campaign has been linked to his assertively ‘pro-Israel’ stance. When in late 2017 the Trump Administration announced that it would fulfill its campaign promise to recognize Jerusalem as Israel’s capitol and move the U.S. embassy from Tel Aviv to Jerusalem before the end of 2019, Evangelical Christians were jubilant–more jubilant in fact than many American Jews. While the vast majority of American Evangelicals approved of the administration’s announcement concerning Jerusalem, only one third of American Jews voiced similar approval.

Washington Post: “What you need to know about evangelicals in the Trump era”