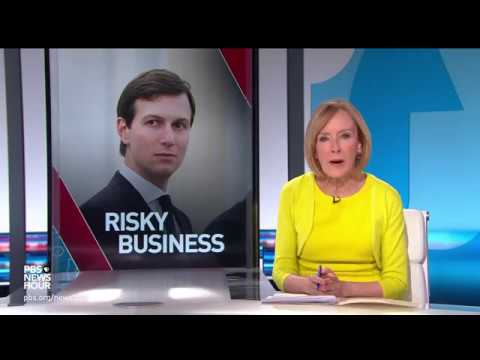 One of the surprises thrown up by the Gulf crisis and by the Mueller investigation is how entangled the United Arab Emirates is with Israel, and how the lobbies of the two states in Washington powerfully shape American policy. While the Israel lobbies have received scholarly attention from John Mearsheimer, Stephen Walt and Kirk Beattie, the Emirates lobby has remained in the shadows until recently.

The NYT reports that Special Counsel Robert Mueller is looking into the Emirates’ role in the 2016 campaign. He has spoken to George Nader, a Lebanese-American businessman and adviser to Abu Dahbi crown prince and deputy commander of the UAE armed forces, Muhammad Bin Zayed.

Nader has visited the White House many times in the past year and met with Trump son-in-law Jared Kushner and with extreme white nationalist and former White House strategist Steve Bannon.

One question is whether the prospect of money from the Emirates, in the form of investments in Kushner’s business for instance, affected US policy toward the June 5 Gulf crisis, in which Saudi Arabia and the UAE attempted to mount a hostile takeover of Qatar. Trump and Kushner strongly backed it initially, but were gradually beaten back by Secretary of State Rex Tillerson and by Secretary of Defense Jim Mattis, both of whom had their own professional interests in Qatar and who opposed a break-up of the Gulf Cooperation Council that had grouped the three countries with Bahrain, Kuwait and Oman, often in opposition to Iran.

Another question, however, is the possible UAE role in the 2016 Trump campaign itself, a role which, if it existed, would be illegal. The UAE has been accused of hiring hackers to defame Qatar, and could have directed their energies in favor of Trump. I have no evidence of such an intervention, I underline, and am only speculating because Mueller seems to be investigating in this regard.

Also on Mueller’s radar according to the NYT and Israel’s i24News is Elliot Broidy, a Jewish-American businessman with vast UAE investments as well as investments in Israel, who is a strong backer of far right wing Israeli prime minister Binyamin Netanyahu.

The UAE is a small country on the Gulf, with a citizen population of only about 1.5 million and 8 million guest workers, many of whom are cycled out of the country regularly and replaced by others. The citizen population is thus smaller than Houston, but as an oil giant the country punches far above its weight in world affairs. Still, there is no intrinsic reason for it to be more powerful than say the Netherlands (one of the biggest investors in the US economy with twice the GDP of the Emirates). Rather, it may be showing up in Mueller’s investigation because it is engaging in particularly corrupt practices.