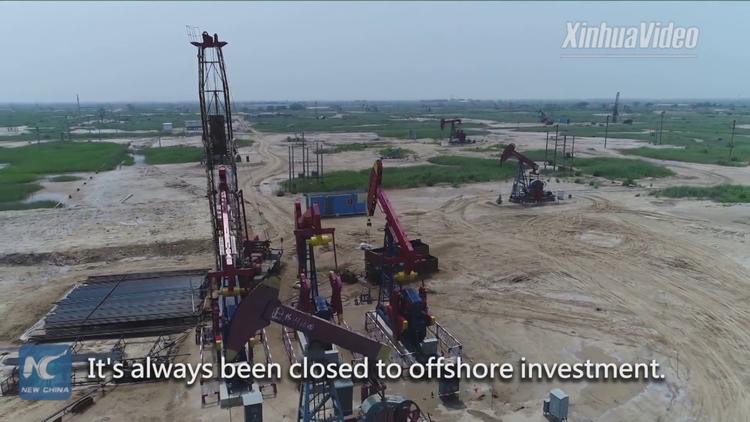 Kate Duguid at Reuters reports the alarm at UBS that China’s new oil futures exchange will hurt the standing of the dollar as the world’s reserve currency.

That development in turn would start the reverse snowball down the hill, with the dollar falling against other currencies, causing high inflation for US consumers of imported goods, and the Congressional addiction to big budget deficits (Trump just added a $1.5 trillion deficit to give tax breaks to his billionaire cronies) coming home to roost.

The oil sellers, such as Saudi Arabia, also keep their profits in US Treasury Bonds, which helps offset US budget deficits. This practice is a remnant of the oil price spike of the 1970s, when a quadrupling of the price of petroleum threatened Western economies at the height of the Cold War, and Nixon and Kissinger worked out ways of recycling money from the oil producers to the West (arms sales was another, leading to wars like the current one in Yemen).

So if you don’t need to buy dollars to purchase petroleum at the Shanghai exchange and you don’t need to keep your profits in US Treasury Bonds, then the world demand for dollars falls dramatically, Hayden Briscoe of UBS argues.

The basic premises of US deficit financing would collapse.

Duguid and Briscoe started me thinking along other lines, too. Briscoe, I think, vastly underestimates the impact of electric vehicles on Chinese oil demand in the next two decades.

But then, wouldn’t the rise of the EV add dramatically to the effect of the petro-yuan?

That is, not only will demand for dollars to fund futures oil purchases fall because some of those buys are made in yuan, but demand will also fall as people fuel their vehicles from sunlight and wind. And not only will buying of US treasuries fall off because oil sellers are operating in yuan, but Treasury Bonds will be in less demand as petroleum as a commodity dwindles into insignificance.

Two further thoughts on all this, one foreign and one domestic.

The Obama administration put Iran under severe economic sanctions so as to force it into the 2015 nuclear deal, using the supremacy of the dollar to strong-arm other countries into not buying Iranian oil. Under China’s new exchange, this tool of US dominance will be substantially blunted. Countries that wanted to buck the US on Iran oil purchases could just go to Shanghai. I said at the time that using the position of the dollar as the world reserve currency in what was basically economic warfare on Iran would certainly cause China, Russia and other powers to attempt to sidestep the dollar. That now appears to be happening.

Second, the Reagan-to-Trump tax scam, whereby taxes are slashed on the rich and vast inequalities are promoted in American society, aiming at the creation of a new aristocracy, has depended on the dollar’s position as a reserve currency. Ordinarily, cutting taxes on the people with the money to pay them and then running consistent big deficits would cause inflation and would vastly weaken a currency against other currencies. But the Washington elite has skated by essentially offloading the costs onto international holders of dollars.

If many fewer world actors hold dollars, not needing them for petroleum sales, then the US economy could take an enormous hit as the budget deficit chickens come home to roost. Congress will then have a choice of raising taxes on its bosses among the rich or knee-capping the public by abolishing social security, medicare, road building and service provision. That is, the peculiar insouciance of American workers to being systematically screwed over may have in part derived from the cushion of the dollar as a world reserve currency, and once the cushion is gone the US may start looking more like France.