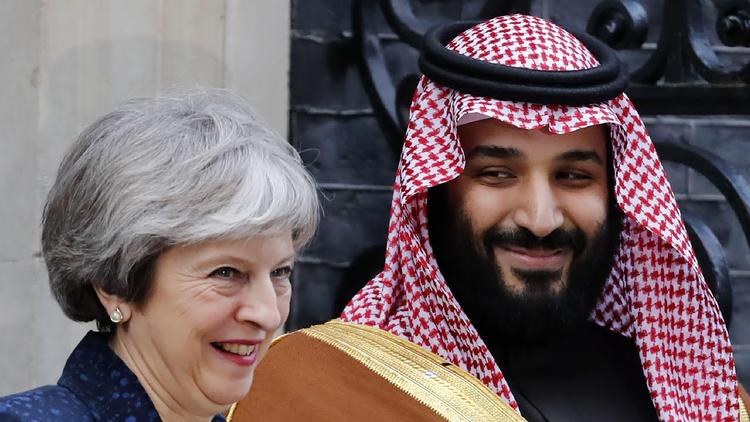 The late Saudi Maj. Gen. Ali al-Qahtani is said to have shown up at the morgue from the Riyadh Ritz Carlton where he had been imprisoned by Saudi Crown Prince Muhammad Bin Salman, 32, with a broken neck, bruises and swelling all over his body, and burn marks from electric shock.

Ben Hubbard, David D. Kirkpatrick, Kate Kelly and Mark Mazzetti at The New York Times confirm through extensive interviewing the horror stories that leaked out of the Ritz Carlton this past fall, about the cream of the Saudi business class being imprisoned and tortured until they signed over their assets to Crown Prince Muhammad Bin Salman. This Marxist fantasy of bourgeois abuse was carried out by the young prince in the name of an anti-corruption campaign, but it appears to have been a bid to weaken the relatives of the late King Abdullah and to feather the nest of the future king.

The NYT report reveals that the some 200 victims of this arbitrary seizure of their property are still more or less under house arrest, forced to wear electronic bracelets, and that they and their close family members have not been allowed to leave the country. Many signed over virtually all their assets to gain their freedom, but no legal attachment of their property has yet been carried out, so they are in limbo, sitting in homes they do not know if they own and on no-fly watchlists.

Inside the Ritz Carlton, shower rods and glass doors were removed from the bathrooms to prevent suicide attempts. Detainees were systematically abused, 17 of them so badly they were sent to hospital.

Al-Qahtani, taken into custody in early November, had been the security chief for Prince Turki Bin Abdullah, a son of the late King Abdullah who may have been viewed by Bin Salman as a rival for power from a different branch of the royal family. The Arabic press has alleged that al-Qahtani’s phone conversations with Turki Bin Abdullah and Abdul ‘Aziz Bin Abdullah, both sons of the late king were the reason for the torture. The Saudi regime wanted to know the substance of those conversations. If this report is true, it suggests that Bin Salman, like Saddam Hussein, suffers from extreme paranoia. The sons of Abdullah pose no threat to him.

Alwaleed bin Talal, one of the world’s wealthiest men, allegedly had to hand over some $6 bn of his $18 bn fortune (this is from other sources not the NYT), and the grasping Crown Prince’s attempt to seize the assets of Kingdom Holding Co. outside Saudi Arabia were thwarted because those businesses required Alwaleed to come to the premises in person to sign them away and because a counter-signature was needed from foreign partners. Apparently, however, Alwaleed and his family are still being monitored in Saudi Arabia and have their movements restricted. Alwaleed, a notorious health nut, said in a Reuters interview on the eve of his release that he had been wandering around the Ritz Carlton eating fast food, which friends took as a signal that he was being coerced in his affirmation that he had not been abused. He had clearly lost a great deal of weight and looked as though he had been under severe pressure if not open abuse.

Crown Prince Muhammad Bin Salman is on a victory tour to Britain and the US, where he is hoping to drum up foreign investment in his country. The Tory government of Theresa May has just agreed to sell him large quantities of fighter jets, a move that is controversial because he is using them to bomb Yemen back to the stone age.