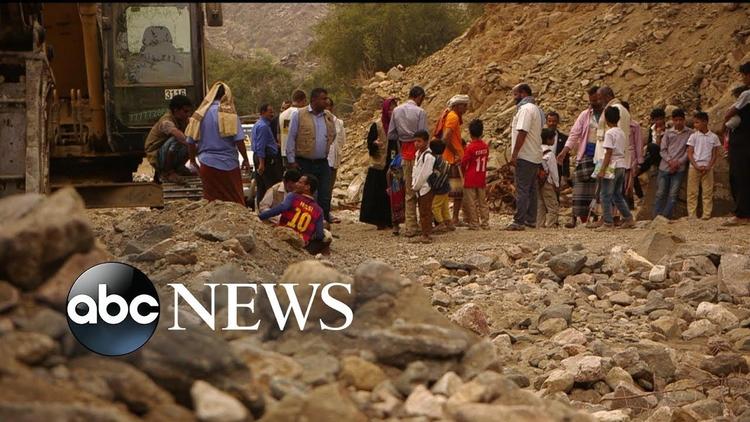 One of the most important US Senate votes in decades took place recently, and few people know it happened.

On March 20, Senators voted on whether to stop US support for Saudi Arabia’s vicious war in Yemen by invoking the War Powers Act.

More than 5,000 Yemenis have died and tens of thousands have been injured since the war began three years ago. The Saudis launched a horrific bombing campaign aimed at civilian infrastructure, schools and hospitals. Saudi Arabia established an air, sea and land blockade, which has cut off supplies of food and medicine. As a direct result, a massive cholera epidemic has broken out. A UN Security Council report showed 22.2 million people out of a total population of 27.5 million need humanitarian assistance, a 3.4 million jump compared with last year.

The war began when the Obama administration gave a green light to Saudi Arabia in 2015. The Trump administration continues the effort, providing intelligence, and selling the Saudis sophisticated weapons, ammunition, and aircraft parts. The US. Air Force refuels Saudi planes in mid-air.

Back in 2015, Saudi leaders proudly proclaimed they would win the war in three weeks. “They underestimated their enemy,” Shireen Al-Adeimi told me in an interview. She’s a Harvard doctoral candidate who was born and raised in Yemen. The Saudis and their coalition partners from the United Arab Emirates “don’t have the ground soldiers. So they launched a massive bombing campaign.”

Saudi leaders argue they are fighting Iranian proxies in Yemen, and Iran seeks to destroy their country. For them, it’s an existential battle. The Pentagon argues that the United States only plays an advisory role and provides “non-combat assistance” and thus isn’t violating the War Powers Act.

In reality, “the war has US fingerprints all over it,” said Al-Adeimi.

Washington could shut down the Yemen War overnight. It’s not widely known, but US contractors are the only technicians loading bombs and maintaining Saudi war planes. They operate under control of the U.S. government.

“If the US doesn’t give permission,” to the contractors, a former US diplomat told me, “it would shut down the Saudi Air Force.”

In the Senate, liberal Democrats and principled Republicans introduced a measure under the War Powers Act to withhold US support for the Yemen War. The Act provides that the president must seek Congressional approval for any military activity abroad lasting more than 60 days.

Progressives like Bernie Sanders and some liberal Democrats wanted to end the undeclared war. Five Republicans also voted for the bill. The Republican senators were particularly concerned with the constitutional issue, according to Kelley Beaucar Vlahos, executive editor of The American Conservative magazine.

“They are fed up with successive presidential administrations that say they can wage war without Congressional approval,” Vlahos told me in an interview.

Libertarians and principled Republicans have long opposed US military intervention in the Middle East. Vlahos doesn’t buy the Pentagon argument that US troops are purely advisory. “Refueling jets is more than advising soldiers how to use their guns.”

On March 20, the Senate voted 55-44 to send the bill back to the Foreign Relations Committee, killing it for the time being. While the Senate effort failed, the battle against US intervention continues.

To better understand the Yemen catastrophe, let’s go back to the Arab Spring of 2011. Mass demonstrations had brought down the pro-US dictatorships in Tunisia and Egypt. Popular uprisings threatened regimes in Syria, Bahrain, and even Saudi Arabia. In Yemen, the people were determined to overthrow the corrupt, pro-US dictator Ali Saleh.

So the Obama administration and Saudi leaders decided to oust Saleh in favor of his vice president, Abdrabbuh Mansur Hadi. Unfortunately for them, Hadi proved to be incompetent and had little popular support. The Houthi movement based in northern Yemen seized the capital of Sanaa and all of northern Yemen. Hadi fled and has spent almost all of the past three years issuing decrees from Riyadh, Saudi Arabia.

Ansar Allah, commonly known as the Houthis, is a conservative political Islamist group based mostly among Shia Muslims. Human rights groups have documented Houthi human rights violations such as illegal use of landmines, and indiscriminate shelling of civilians in both Yemen and Saudi Arabia.

Ansar Allah receives political and financial support from Iran, and several UN reports indicate Iran provides weapons as well. Iranian officials I have interviewed deny that Tehran provides military support to the Houthis and, in fact, considers Yemen a very low priority compared to their activities in Syria, Iraq and Lebanon. In reality, the Houthis are an independent political and military movement not under Iran’s control.

Saudi vilification of the Houthis serves as the excuse for a massive Saudi bombing campaign. It also deflects from Saudi cooperation with the local Al Qaeda affiliate.

For years successive US administrations have used drones to assassinate members of Al Qaeda in the Arabian Peninsula, the terrorist group infamous for training the “underwear bomber” and carrying out numerous attacks on civilians.

Washington argues it must keep US troops in Yemen and continue drone strikes to fight AQAP. But the Saudi war in Yemen has helped strengthen AQAP.

Saudi affiliated fighters have joined with AQAP to fight the Houthis. Saudi Arabia and Al Qaeda both profess strong, right-wing interpretations of Sunni Islam and use that as a justification to attack the mostly Shia Muslim Houthi movement.

To make matters even more complicated, the Saudi alliance with the UAE is fraying at the seams. The UAE recently decided to back the Southern Transitional Council, a Yemeni group that demands secession for the southern part of Yemen. The STC, with UAE backing, now controls much of the key southern Yemeni city of Aden, causing great anger in Riyadh.

So the war in Yemen does not pit endangered Saudi Arabia against expansionist Iran, as portrayed in Washington. The Trump administration backs Saudi Arabia as part of its geopolitical battle for hegemony in the region. In addition Saudi Arabia has some of the world’s largest oil reserves, and the region remains an important source of US oil company profits.

The Senate failed to invoke the War Powers Act, but the relatively close vote indicates the level of discontent with the Yemen War. “Forcing the vote was a big deal,” said editor Vlahos. “Most people don’t know about it.”

The United States is now at war in six countries in the broader Middle East: Afghanistan, Iraq, Syria, Yemen, Libya, and Somalia. There will come a day when the American people understand the massive cost in lives and treasure. The day of reckoning will come sooner than the Trump administration thinks.

Reese Erlich’s syndicated column, Foreign Correspondent, appears every two weeks. The revised and updated edition of his book “The Iran Agenda: the Real Story of U.S. Policy and the Middle East Crisis” ­will be published in September. Follow him on Twitter, @ReeseErlich; friend him on Facebook, Reese Erlich Foreign Correspondent; and visit his webpage.

Mirrored from 48Hills.org by author’s permission