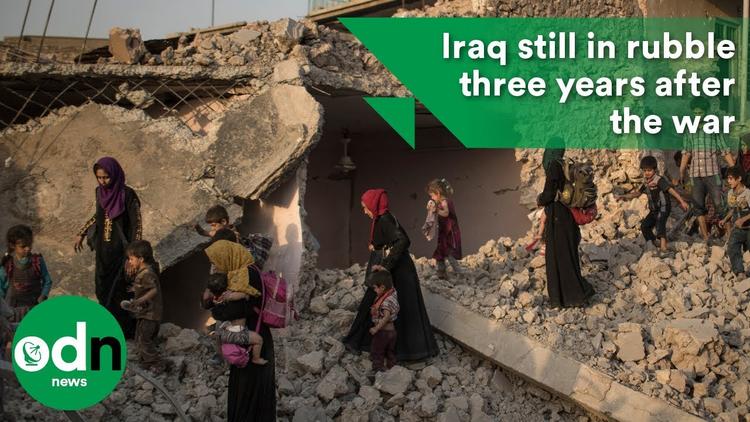 Americans spend $32 million per hour on wars started during the Bush administration.

This March marked the 15th anniversary of the U.S.-led invasion of Iraq.

In 2003, President George W. Bush and his advisers based their case for war on the idea that Saddam Hussein, then dictator of Iraq, possessed weapons of mass destruction — weapons that have never been found. Nevertheless, all these years later, Bush’s “Global War on Terror” continues — in Iraq and in many other countries.

It’s a good time to reflect on what this war — the longest in U.S. history — has cost Americans and others around the world.

First, the economic costs: According to estimates by the Costs of War project at Brown University’s Watson Institute for International and Public Affairs, the war on terror has cost Americans a staggering $5.6 trillion since 2001, when the U.S. invaded Afghanistan.

$5.6 trillion. This figure includes not just the Pentagon’s war fund, but also future obligations such as social services for an ever-growing number of post-9/11 veterans.

It’s hard for most of us to even begin to grasp such an enormous number.

It means Americans spend $32 million per hour, according to a counter by the National Priorities Project at the Institute for Policy Studies.

Put another way: Since 2001, every American taxpayer has spent almost $24,000 on the wars — equal to the average down payment on a house, a new Honda Accord, or a year at a public university.

As stupefying as those numbers are, the budgetary costs pale in comparison with the human toll.

As of 2015, when the Costs of War project made its latest tallies, up to 165,000 Iraqi civilians had died as a direct consequence of U.S. war, plus around 8,000 U.S. soldiers and military contractors in Iraq.

Those numbers have only continued to rise. Up to 6,000 civilians were killed by U.S.-led strikes in Iraq and Syria in 2017 –– more civilians than in any previous year, according to the watchdog group AirWars.

In addition to those direct deaths, at least four times as many people in Iraq have died from the side effects of war, such as malnutrition, environmental degradation, and deteriorated infrastructure.

Since the 2003 invasion, for instance, Iraqi health care has plummeted — with hospitals and clinics bombed, supplies of medicine and electricity jeopardized, and thousands of physicians and healthcare workers fleeing the country.

Meanwhile, the war continues to spread, no longer limited to Afghanistan, Iraq, or Syria, as many Americans think. Indeed, the U.S. military is escalating a shadowy network of anti-terror operations all across the world — in at least 76 nations, or 40 percent of countries on the planet.

Last October, news about four Green Berets killed by an Islamic State affiliate in the West African nation of Niger gave Americans a glimpse of just how broad this network is. And along with it comes all the devastating consequences of militarism for the people of these countries.

We must ask: Are these astounding costs worth it? Is the U.S. accomplishing anything close to its goal of diminishing the global terrorist threat?

The answer is, resoundingly, no.

U.S. activity in Iraq and the Middle East has only spurred greater political upheaval and unrest. The U.S.-led coalition is seen not as a liberating force, but as an aggressor. This has fomented insurgent recruitment, and there are now more terrorist groups in the Middle East than ever before.

Until a broad swath of the American public gets engaged to call for an end to the war on terror, these mushrooming costs — economic, human, social, and political — will just continue to grow.

ODN: “Iraq still in rubble three years after the war”